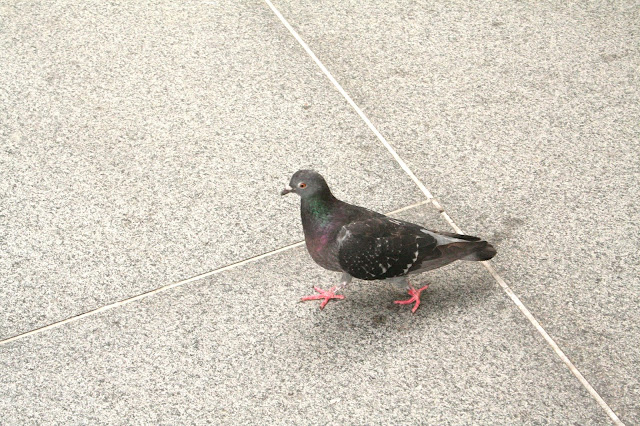 g and i kept a list of "firsts" while we were in d.c.  can you believe it was his first time seeing a pigeon?  he's such a country boy. 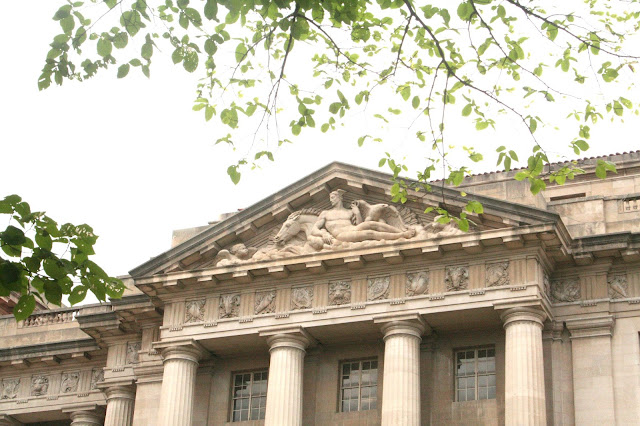 we didn't really have a set plan for our two days in the city, just a vague notion of seeing the smithsonian(s) and the monuments.  this freedom to choose as we went along really worked well for us.  we spent 3.5 hours (including lunch) in the museum of natural history the first day. 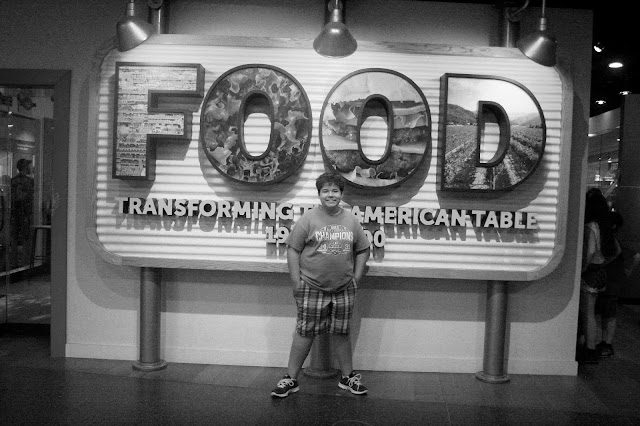 we then spent just 20 minutes in the museum of american history.  it's not that it's not a great museum as well, i think we were just overstimulated from natural history which is really our "thing."  if this museum had been its own visit in some other city somewhere, i'm sure it would have been awesome.  or if we'd had more time.  but as it was, it just didn't hold our interest in our time frame. 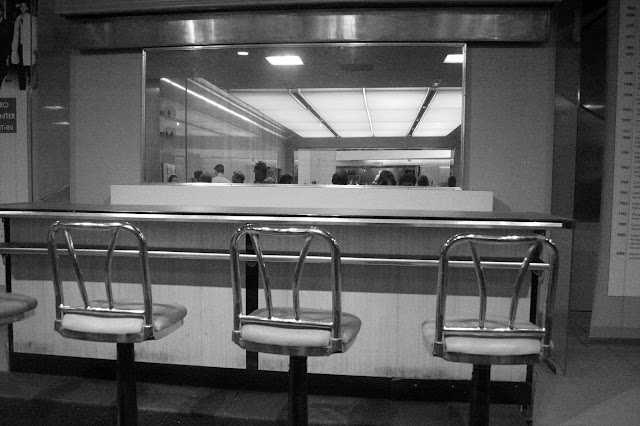 and, yes, it would have been nice and made more sense to stay longer than two days, but i had a limited budget.  $816 to be precise.  $773 from me and $43 from g (for souvenirs).  i had a small cushion for going over budget, but shockingly we came in 16 cents under budget.  i couldn't hit it that close again if i tried, and i wasn't even trying!  (pictured above, original lunch counter from a sit in during the civil rights movement, below a mural on the wall of the american history museum). 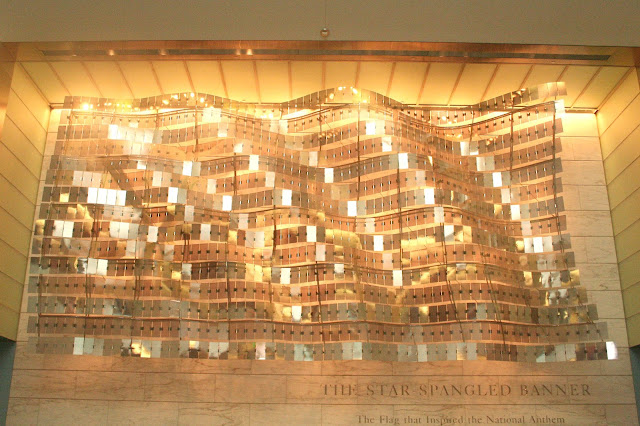 sharing this specific info for people out there who would like to travel, but are on a limited budget. 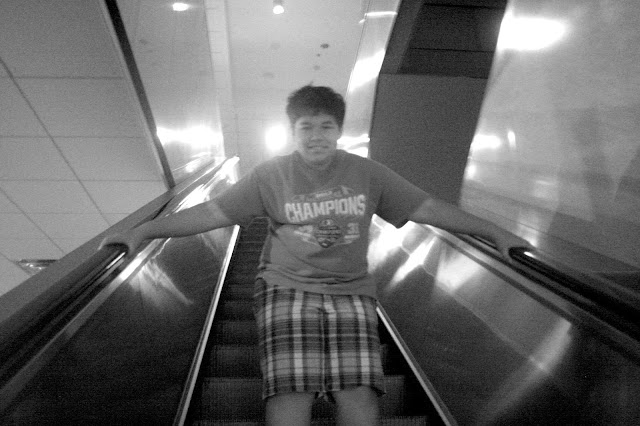 that's my boy.  still afraid of heights, holding a death grip on the down escalator. 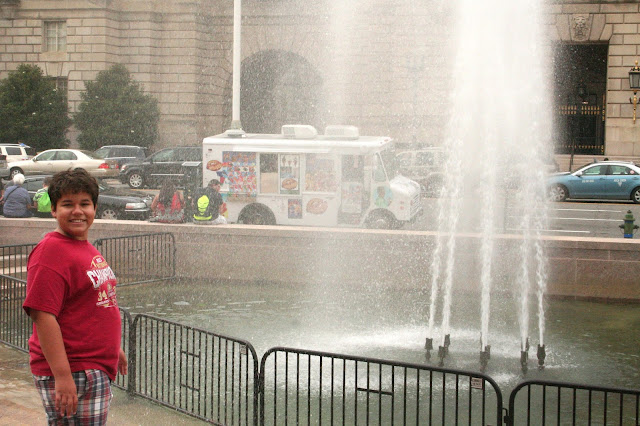 hotel:  i researched hotels on cheaptickets.com.  in d.c. we ended up staying at a day's in in lanham, right on the end of the metro line.  a friend from the surrounding area had told us this was an ok place.  now that i've been there, i probably would look at a metro end line closer to our side of town which would probably cut off almost an hour of drive time.  i chose to stay on the outskirts and ride the metro in because i am scared to death of big city driving.  ugh.  our hotel was just shy of $100 a night.  i did notice after the fact that there were decent looking hotels right in the mall area for about $150.  that might have been tempting, but i would have needed to book them a little more in advance than i did (ie two weeks out instead of one week out).  our hotels going and coming were in the mid 60s.  again, not great, but what i could afford and still not get bed bugs.  i contemplated driving straight through to give us an extra day in d.c., but decided i would enjoy it more if  i could break up the driving (10 hours one way).  i'm glad i did that.  so glad.  we were under budget by $23.47 with our hotels.  score! 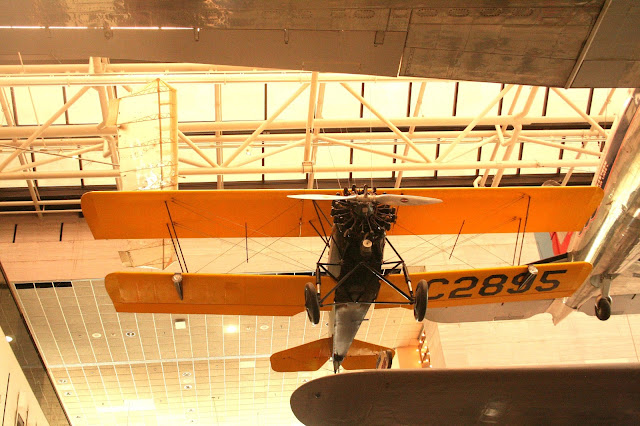 gas: i knew i was slightly over budgeting with this one, but i didn't want to run out of money for getting home!  i was $33.59 under budget here.  a whole tank of gas in my little corolla! 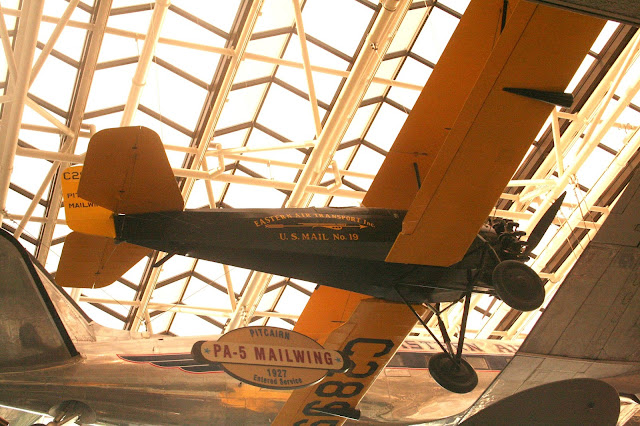 food:  this is a category with big potential for overspending in d.c.  i budgeted $50 a day on whole days and $25 a day on the two travel days on each end.  it was very helpful to break the budget down into daily increments like this.  totally helped us stay on track.  i also made two rules before heading out.  1. breakfast in the hotel - either provided by the hotel (we only scored one of those) or something from the snackbag (ie poptarts or yogurt/fruit, the box of froot loops didn't make it past the tennessee state line).  2. water only when we ate out (we brought a case of cokes and a cooler for on the road and the night we didn't have a fridge in our room).  we totally stuck with rule number one, but rule number two only lasted two days.  still, we did well.  we tended to eat a big meal at lunch and then something lighter for dinner.  we actually came in under budget here too at $25.80. 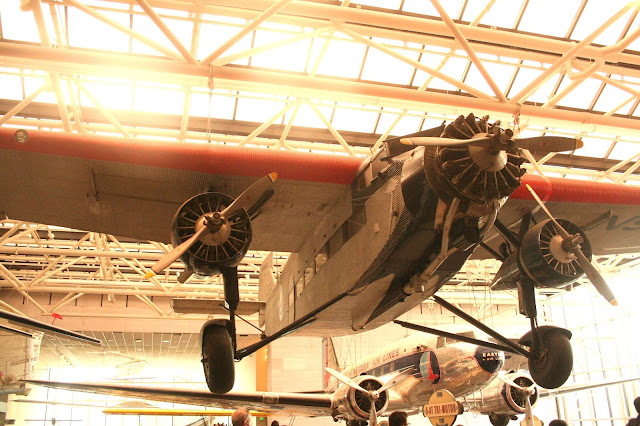 other:  this is the category that i didn't account for well.  i had budgeted $40 for metro passes and $33 for entrance fees to monticello.  metro day passes were $14 each, but i didn't account for tax.  i was also planning on doing the per ride rate from our hotel to the mall and back on one day which would have been around $6 each.  i totally wimped out on figuring out the per ride thing and just bought day passes both days.  we didn't really go anywhere outside the mall area, however, and everything was totally walkable, so i could have just done the per ride fare and saved quite a bit of money.  next time, i will know to buy smartcards and preload them with the amount i think i will need and then add money at the end if the cards run low.  i probably would have spent closer to $30 total if i had done that as opposed to almost $60.  i also didn't realize that i would need to pay for parking, although i did look.  that was an additional $10.

we also spent a little money in the Smithsonian seeing the butterflies and an imax movie as i mentioned in an earlier post (the smithsonian museums all have free entance), plus i felt i needed to donate $1 for each map i picked up for the scrapbook.  we ended up $60.70 over budget in this category. 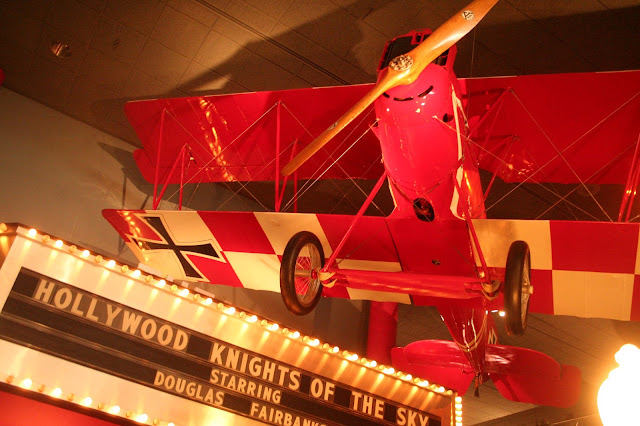 souvenirs: we went over budget by $22 here, although not really as i knew in the back of my mind that i would buy g a shirt to go with whatever he chose to buy with his money. 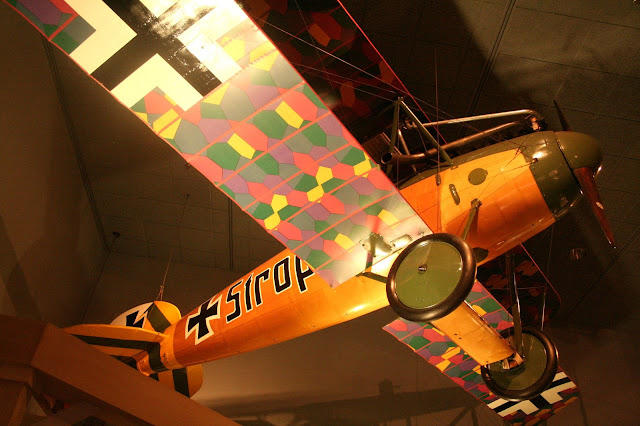 so, that's it as far as our planning/budgeting went.  let me know if you have any questions! 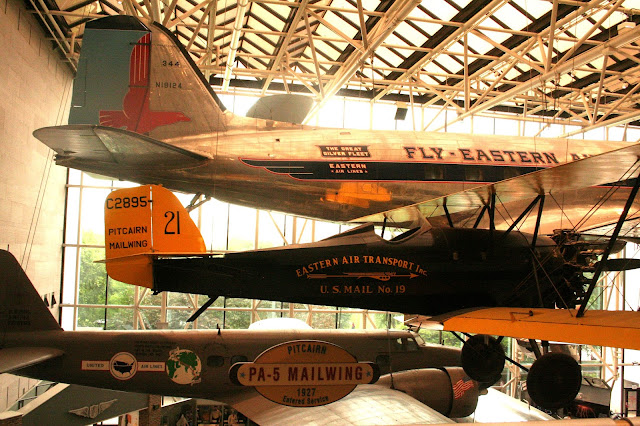 we spent about 40 minutes in the air and space museum.  we looked at all the planes (which i think are so photogenic), but didn't make it to the space wing.  we planned on doing that the next day, but then had a change of plans. 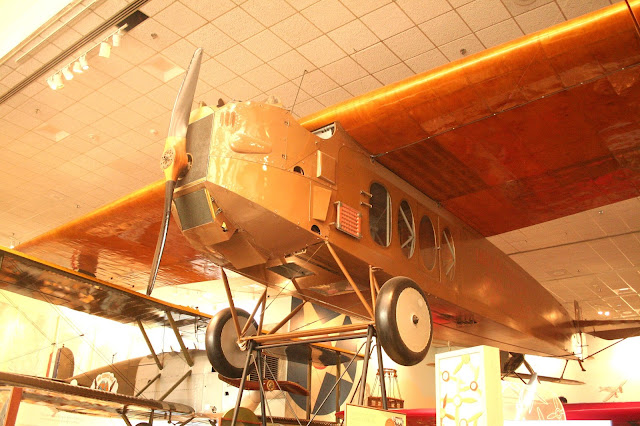 that's it for day one!  we grabbed some nachos and a drink at a concession stand outside the museums (much cheaper than inside the museums) and headed back to the hotel. 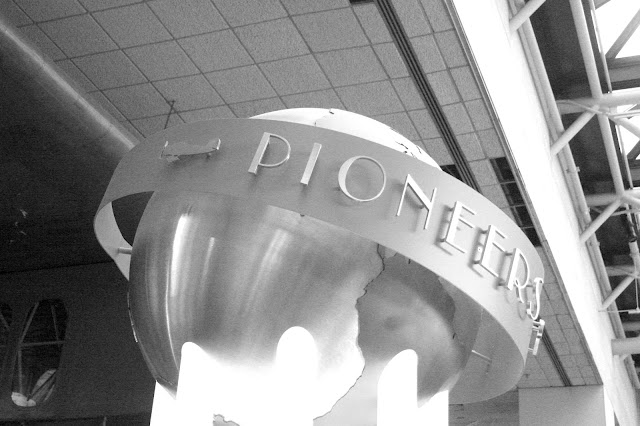 p.s. i also wanted to mention that everyone in d.c. (with the exception of one irritable gentleman working security at the entrance to the air and space museum) was SO kind and helpful.  way awesome people from our hotel staff, to the security guard at the metro, to random strangers riding the rails with us, to random strangers on the street, to museum and monument workers.  everyone was just lovely.

p.s.s. while i did feel safe riding the metro, someone a couple cars down from us had their phone stolen.  the metro warns of this.  i carried a small backpack instead of a purse and had everything zipped up and the loops on me at all times.  plus, i already lost my iphone and no one would want my hunk a junk first generation lg anyway.
Posted by doris sander at 5:42 PM