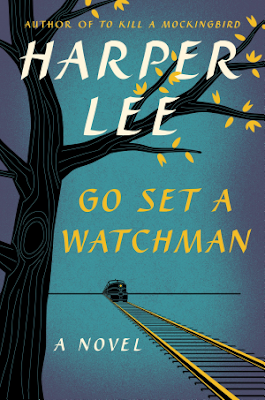 i read the announcement of the release of a new harper lee novel with disbelief followed by wonder.  i've awaited its arrival these long months with anticipation and trepidation.  "to kill a mockingbird" is a literary masterpiece (without equal in my opinion) and a gift to humanity.  i was excited for the new book but feared it wouldn't come close to mockingbird's brilliance and would somehow tarnish its reputation.

when word got out earlier last week that "go set a watchman" portrays atticus finch as a racist bigot, i was devastated and, like many, chose not to read it.  thankfully i did not broadcast this decision on facebook.  i believe it is necessary to give reactionary thoughts time to settle into my consciousness, so i can mull them over thoroughly before they become law in my mind and fodder for the masses.

as i was walking my normal three mile route the evening of the release date, pondering the new book and mourning what could have been, i was jarred from my reverie by a rebel flag with the "don't tread on me" rattlesnake superimposed upon it gently waving from my neighbor's front porch, my neighbors who are truly awesome good people.  in that moment, i had flashbacks to my childhood, to growing up in a charming small town in the south, not unlike the one i live in now.  you know, sometimes we need to take off nostalgia's rose colored glasses for just little a while.  in that small, southern town of my youth, all african americans lived in the "quarters" on the other side of the tracks, there was still an all white elementary school just over the bridge where "townies" could send their children if they were still ruffled over integration, and two teenagers who fell in love moved up north where their non-matching skin tones would be more accepted (it is worth noting here that i was a child of the 80's, not the 50's).  then i thought of my dad, one of the most unprejudiced people i know, a man who treated everyone with the same open smile, ready hand to help, and basic human kindness.  a man who said the most horrific, off color jokes like it was his right and didn't care if god or his genteel wife was listening.  i went and bought that book the very next morning.  atticus finch, good or bad, is my heritage.

and actually, deep down, i always knew it would be okay.  for me, atticus was never the protagonist.  if you make him so, you miss the heart and soul of "to kill a mockingbird."  if you make him so, "go set a watchman" will so thoroughly shatter your childhood illusions that your heart will be forever left in a million pieces.  harper lee wrote from the point of view of scout finch.  it is scout who must make sense of the world she lives in, come to terms with it, and then decide where her place will be in it (this is us, people).

"go set a watchman" is raw and uncomfortable reading in places.  the atticus finch of "to kill a mockingbird" is the sainted image we like to see in ourselves and our society.  the atticus finch in "go set a watchman" is much closer to reality.  how far removed are we really from racism if we're honest with ourselves?  charleston and stone mountain both suggest not very far.

"go set a watchman" is not the literary masterpiece that "to kill a mockingbird" is.  there are several rough spots that could have used some smoothing over, and the ending needed more time to evolve.  but its message . . . its message is a profound one and one we need to hear right now in our time. 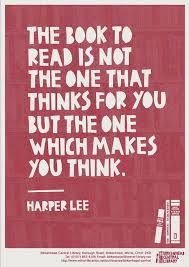