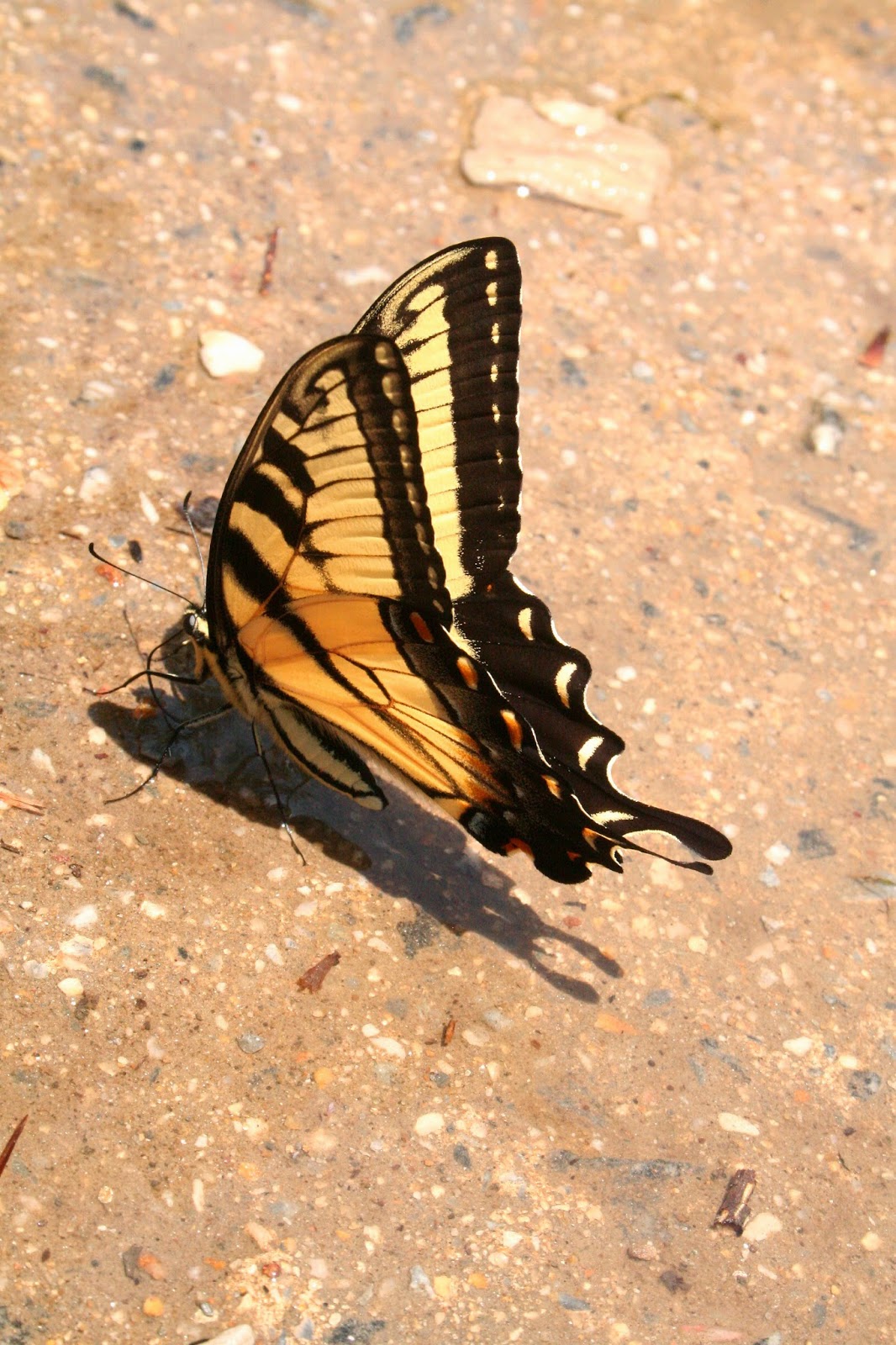 gotta get my north carolina pictures finished, so i can get my florida pictures started before we head to texas!  we seem to be touring the southern states this summer!  on our last day in north carolina, we had a photo op with a butterfly instead of the moths that visited us earlier in the week.  pretty, pretty. 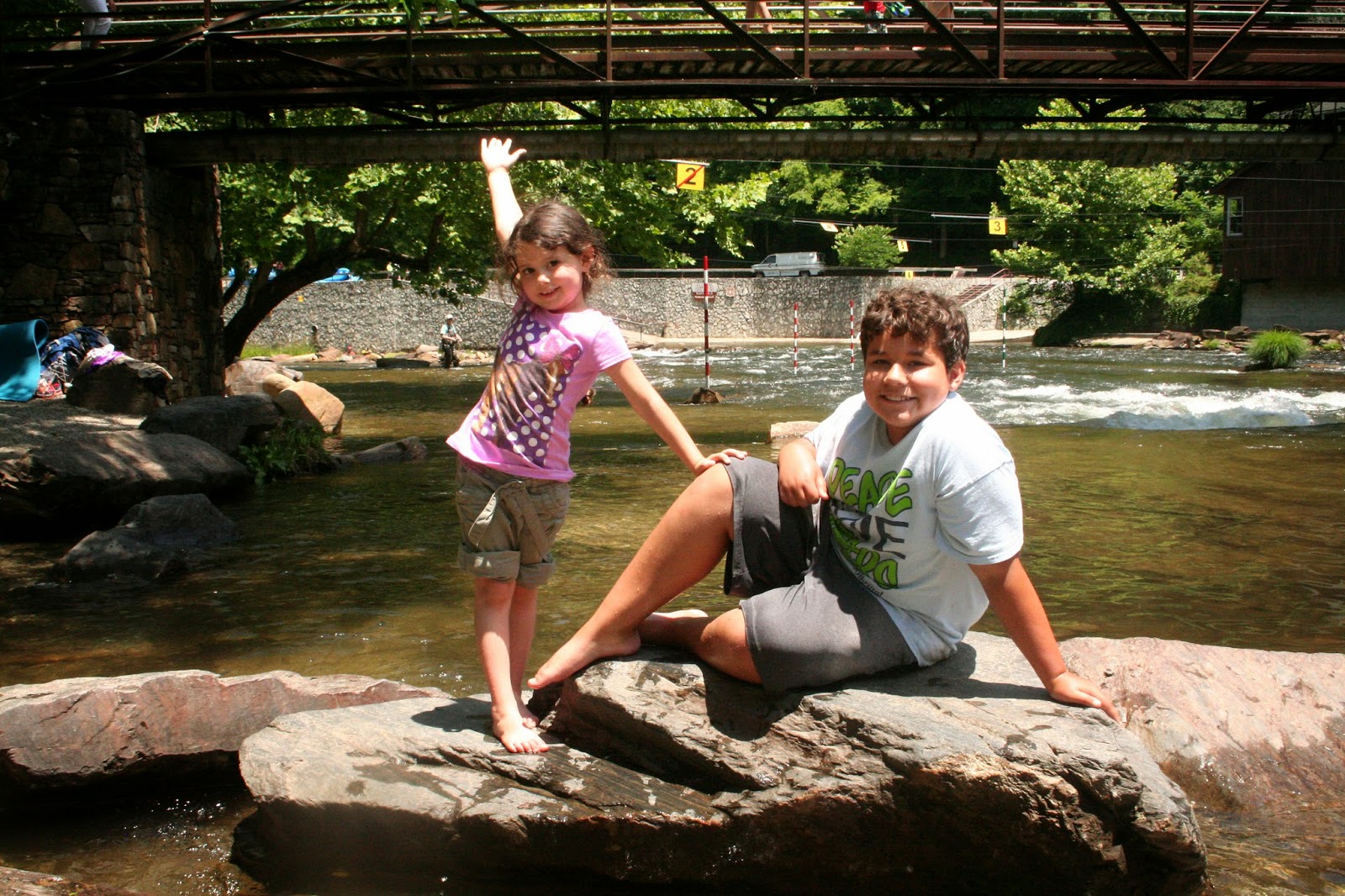 tada!  here we are!  at natahala outdoor center on the ocoee river.  my sister said it was the site of the kayaking games of the 1996 summer olympics.  cool!  or should i say cold?  the water was very cold.  i waded in for a few minutes, but these two played together in it for a long time.  it was actually a nice reminder of how little children need to be happy and have fun.  we didn't even think to bring swim suits and they were only in about twelve inches of water, but they had a blast. 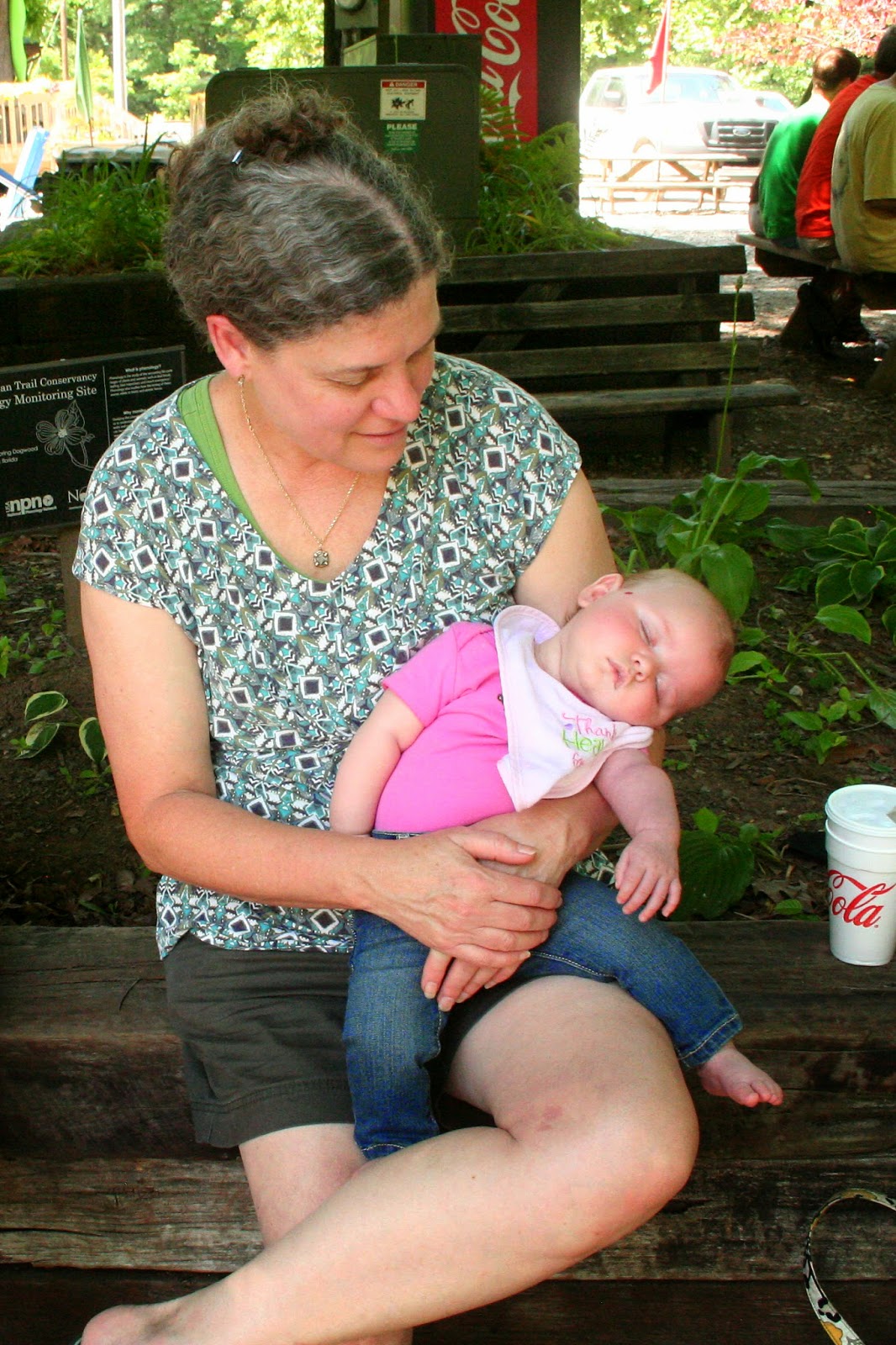 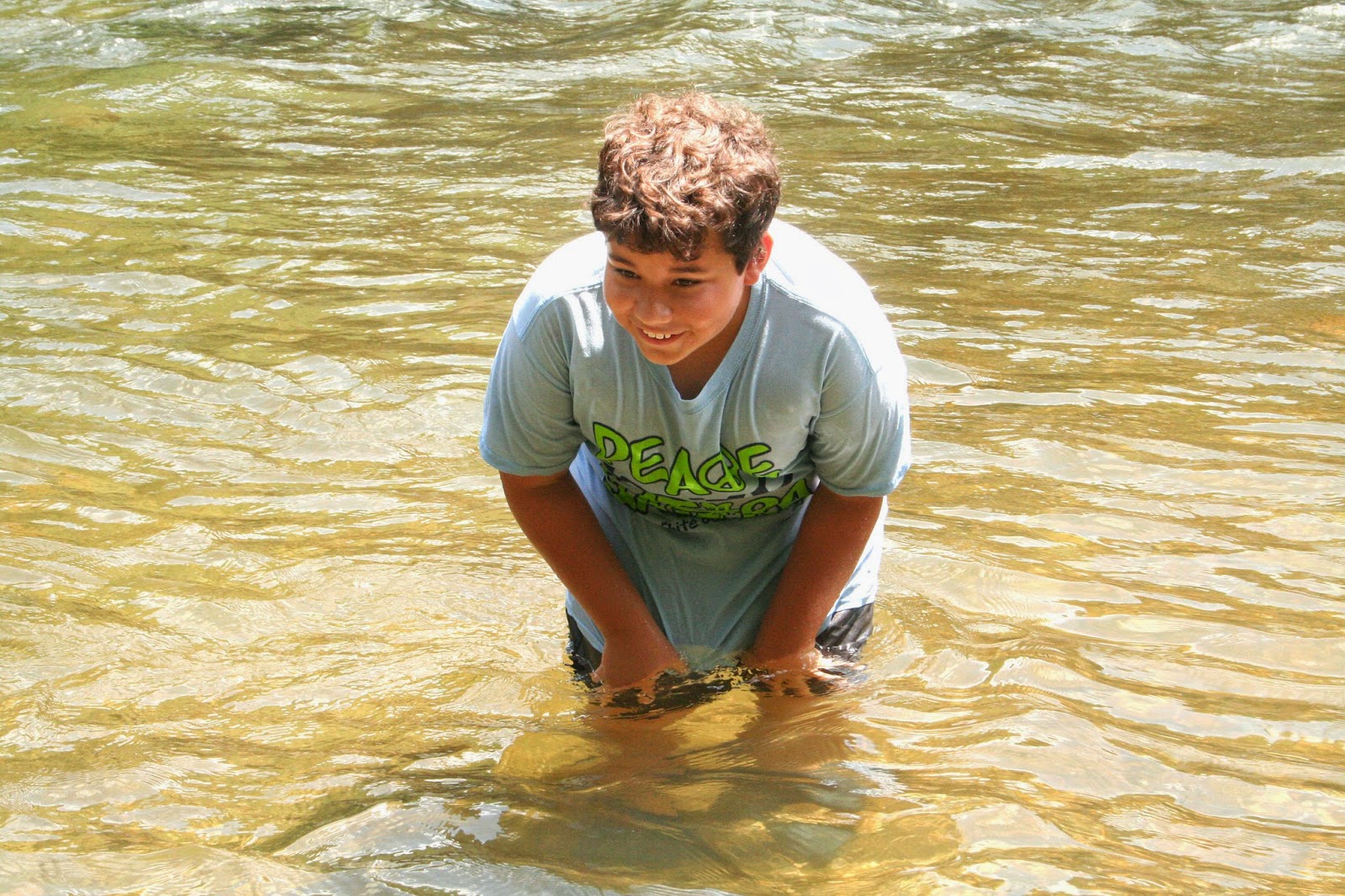 and here are several pictures of g enjoying the water.  i love his expressions.  he was SO impressed with how cold it was and the fact that he was brave enough to (more or less) immerse himself in it.  i need to find him a polar bear plunge to participate in this winter.  he would get a kick out of that. 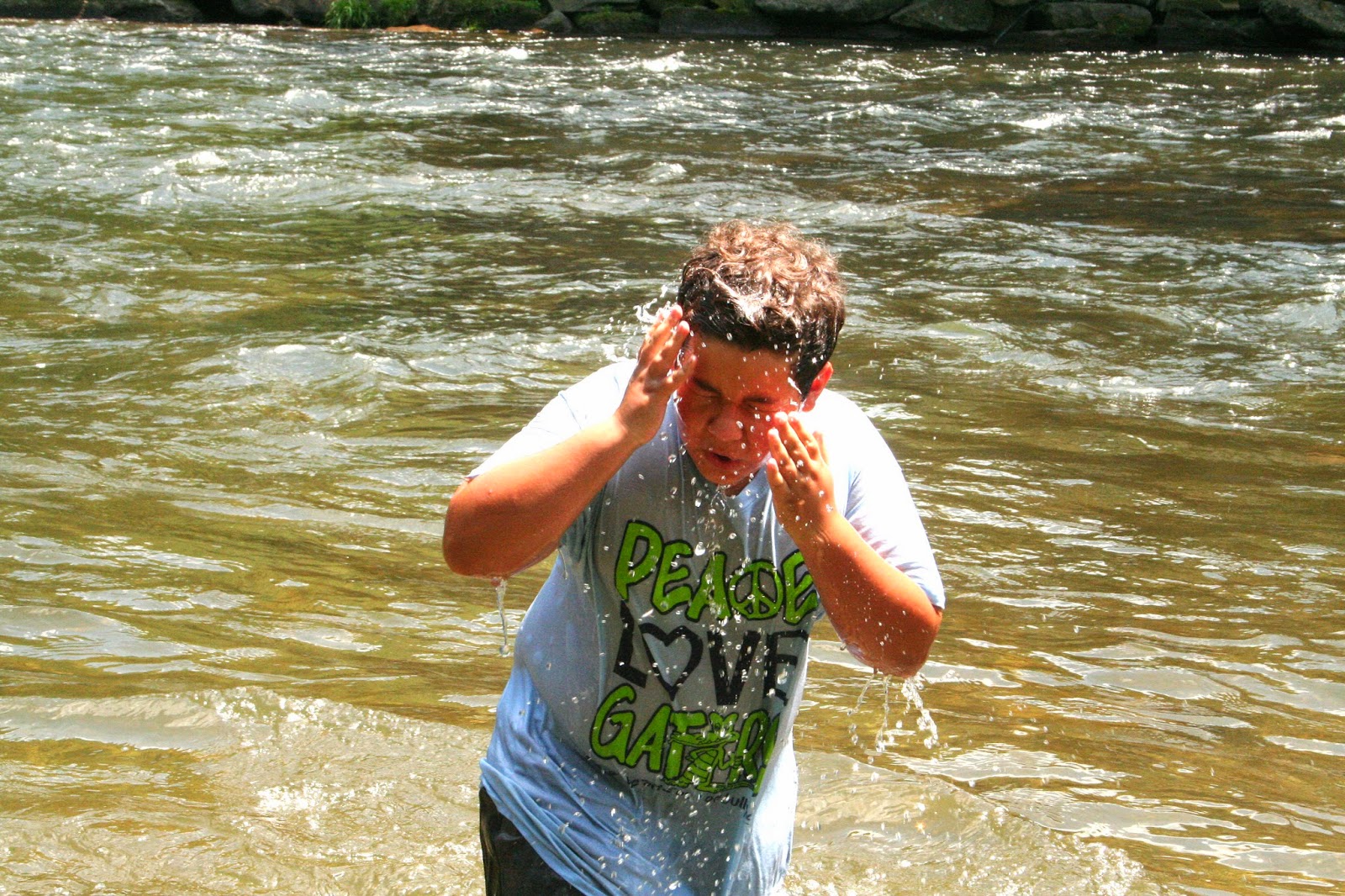 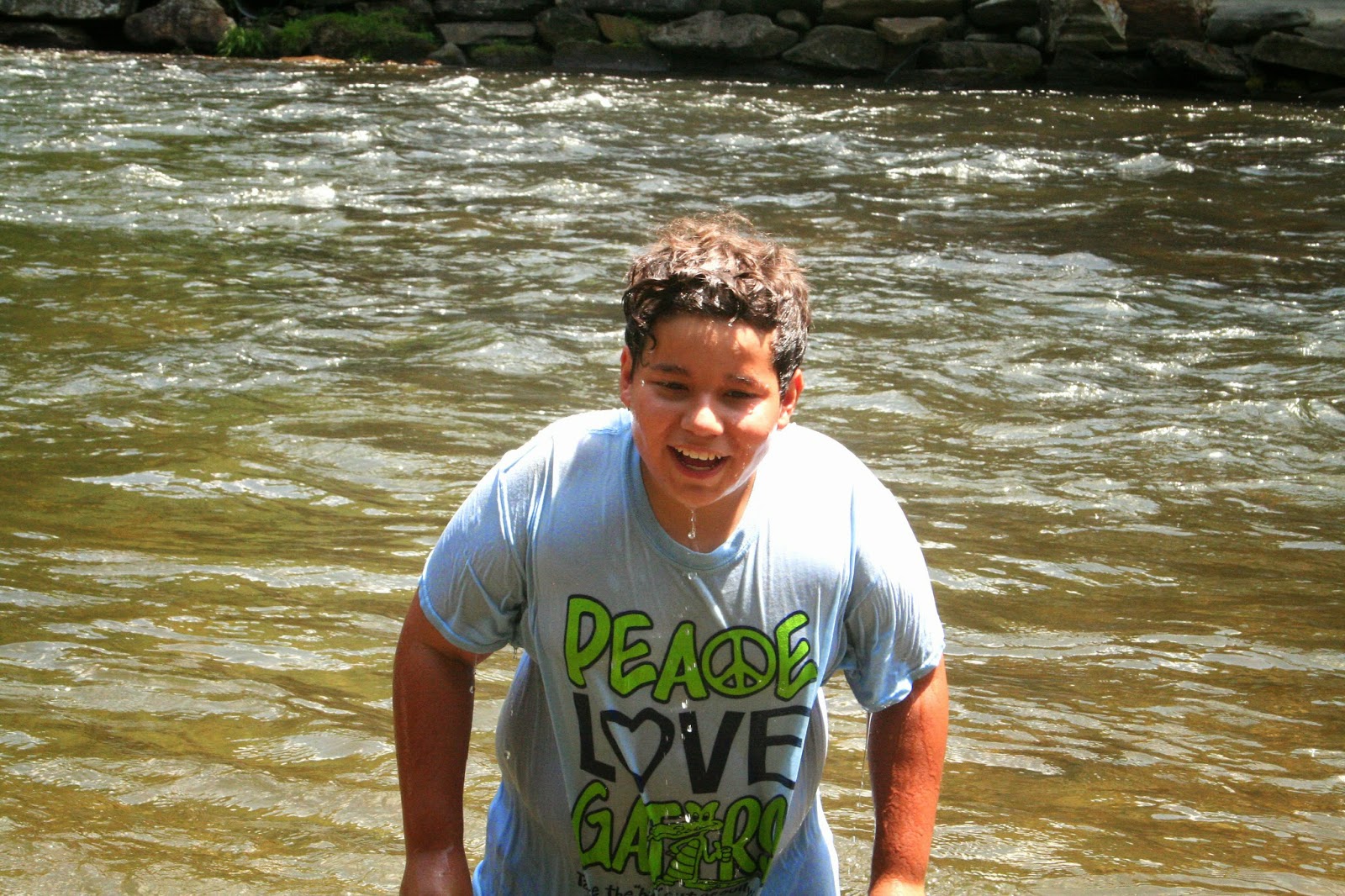 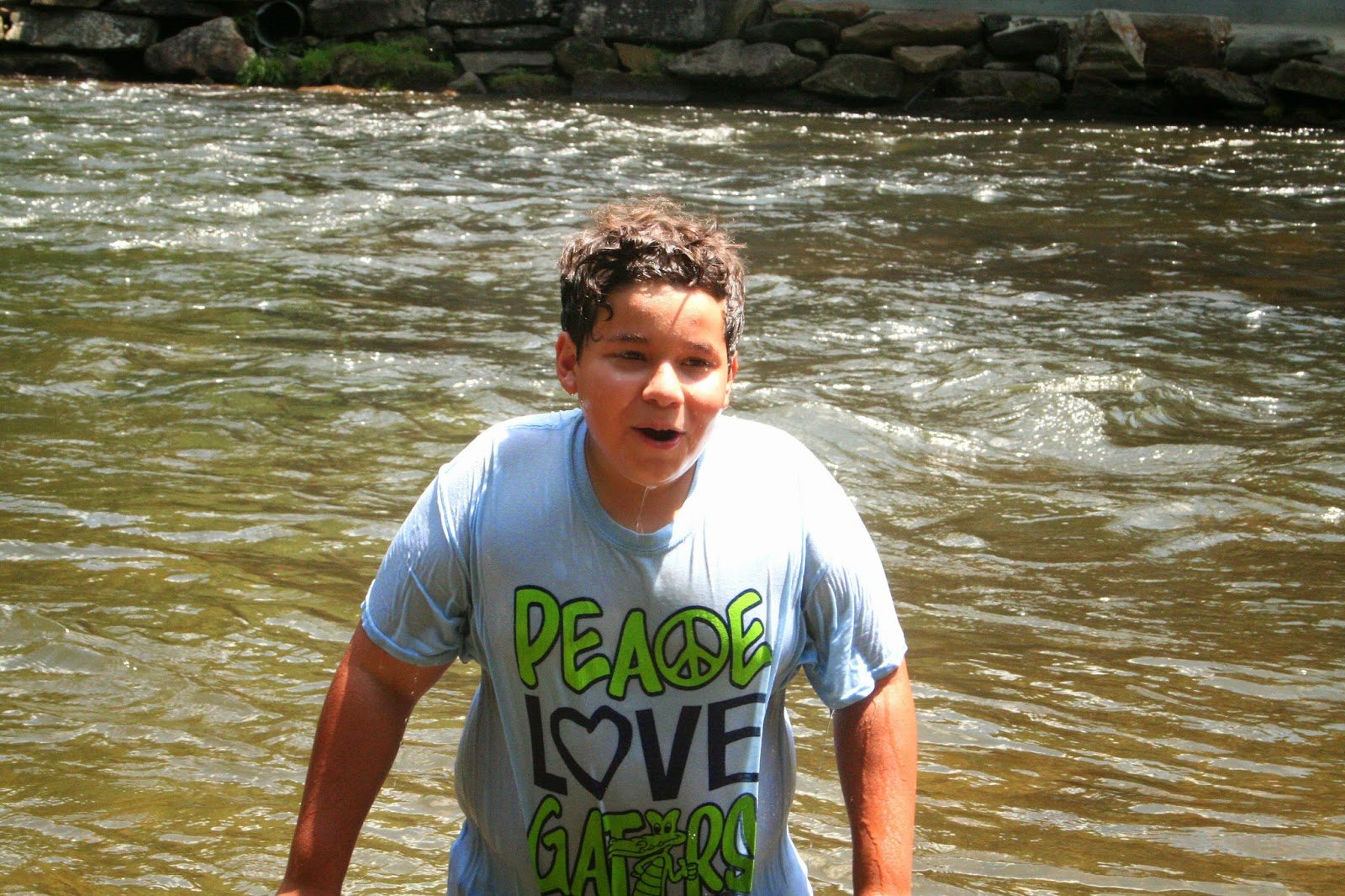 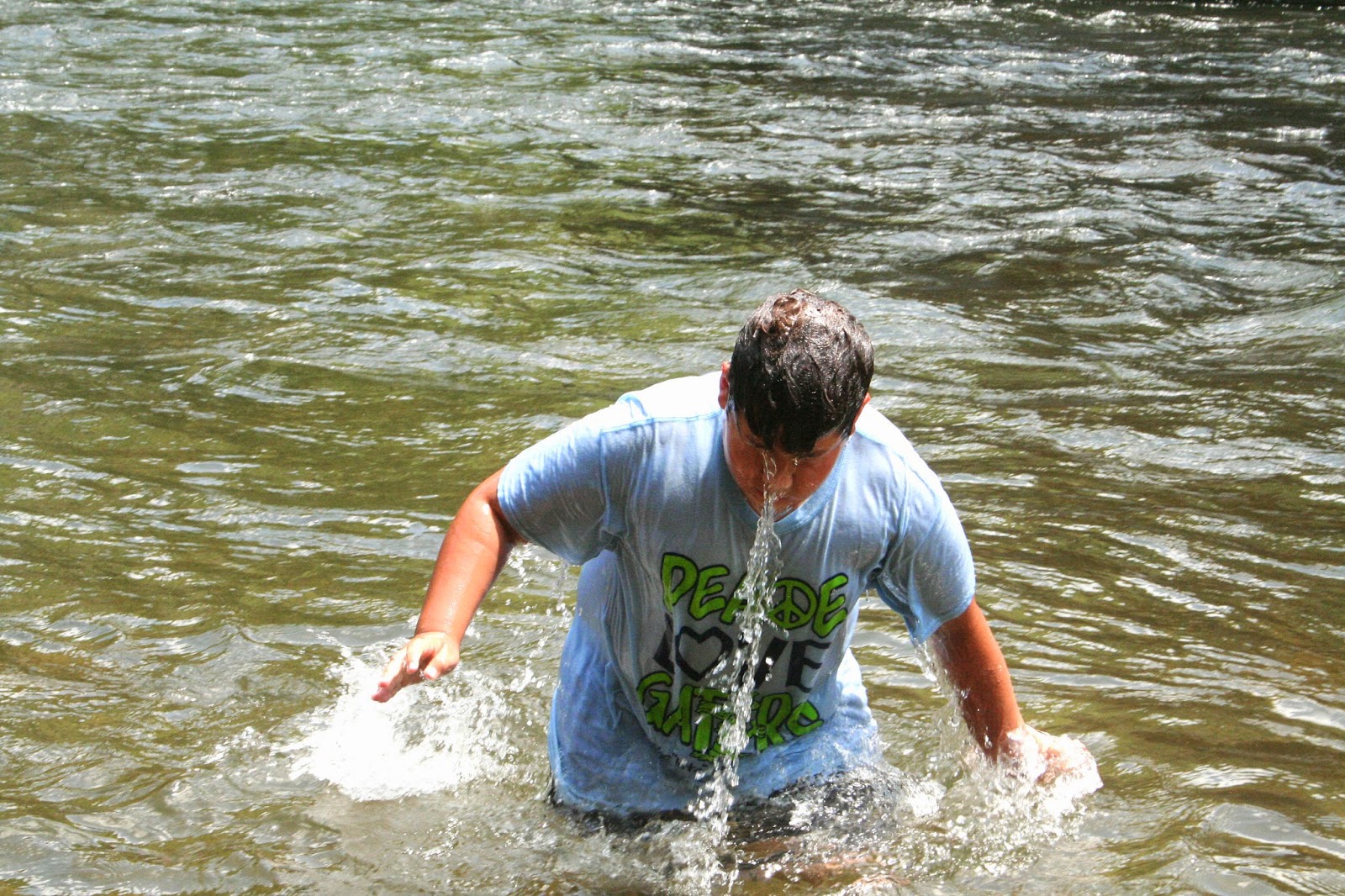 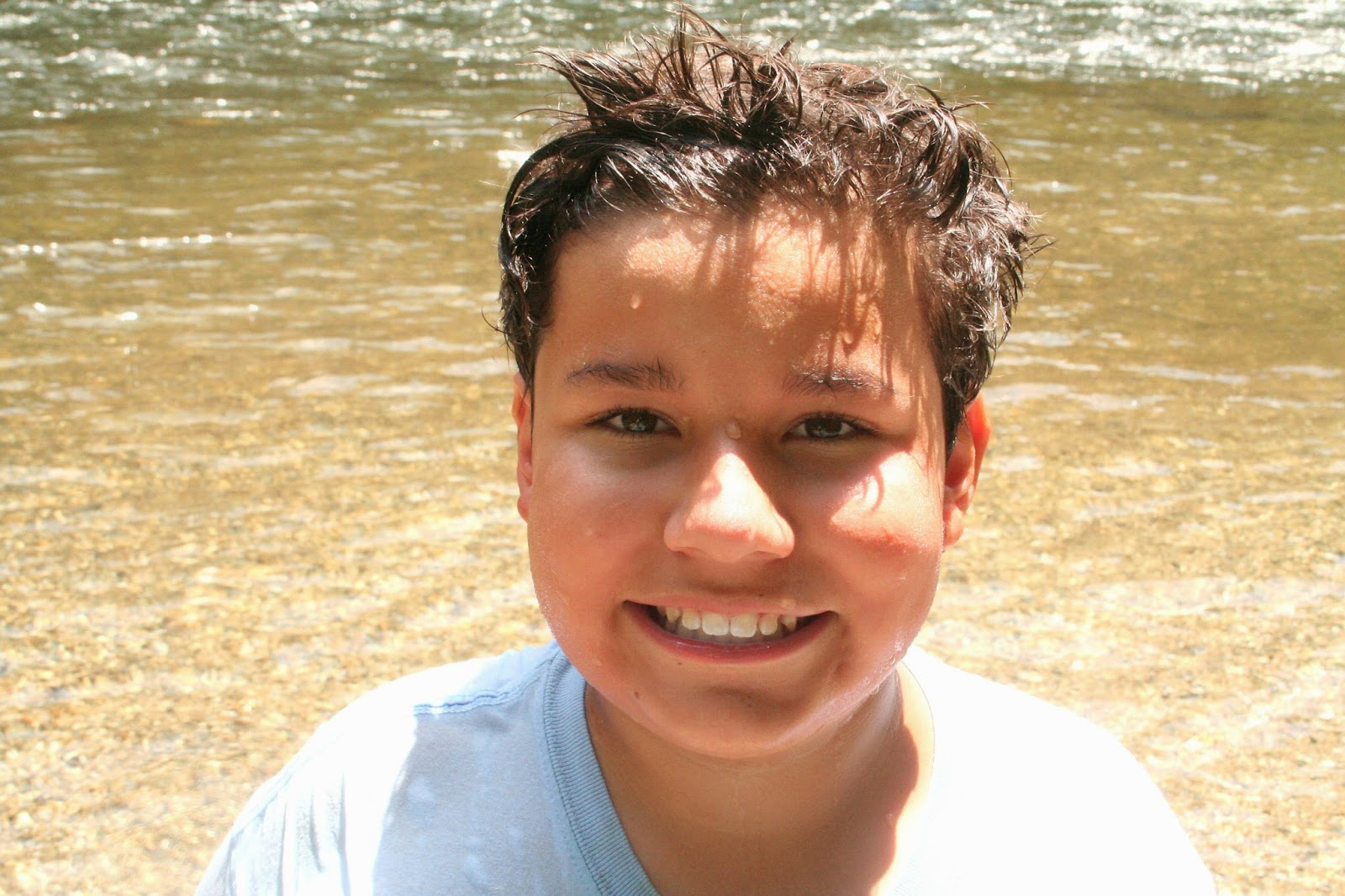 what a great smile! 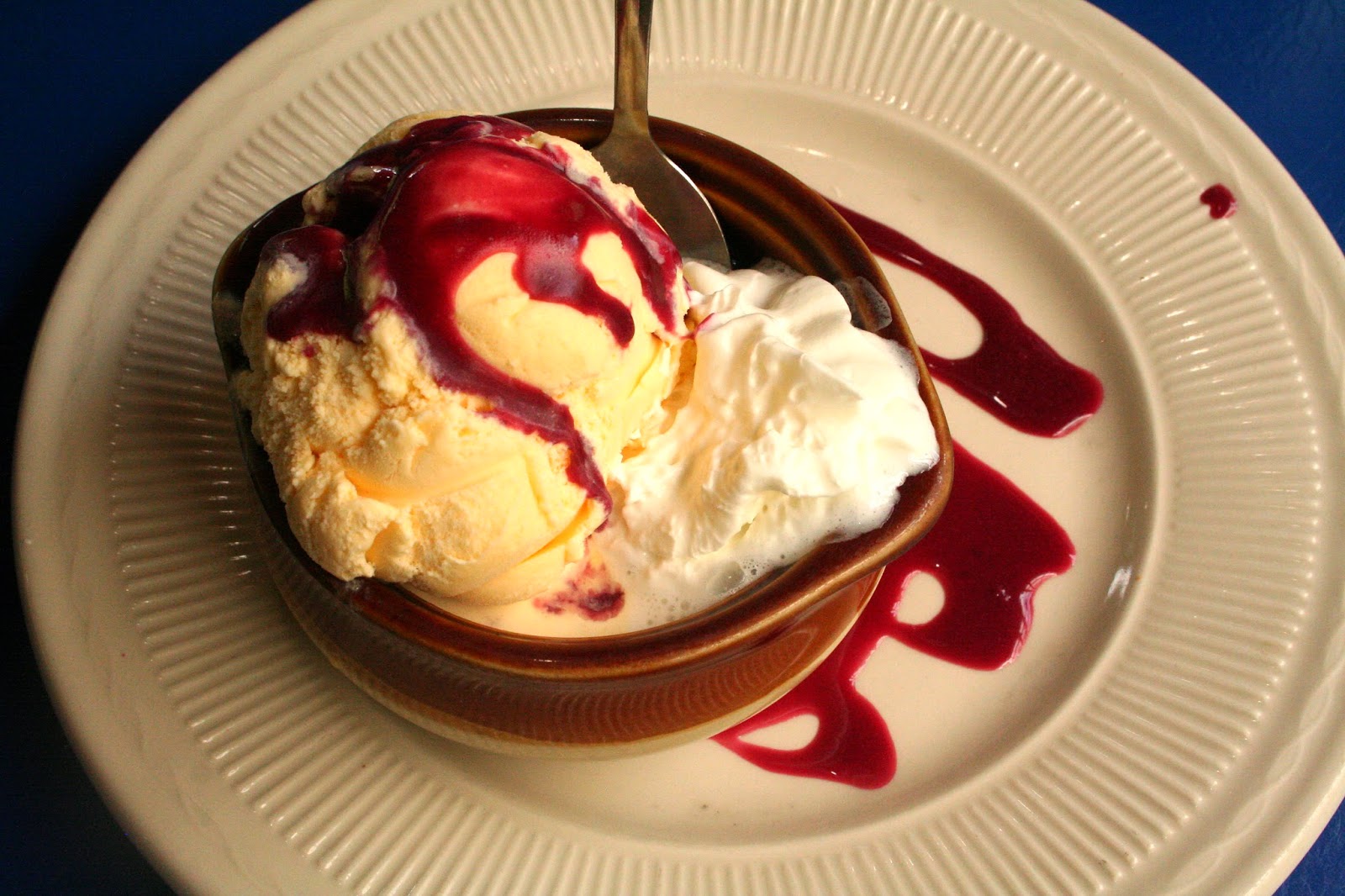 time for dessert!  my sister and i chose blackberry cobbler and we chose well. 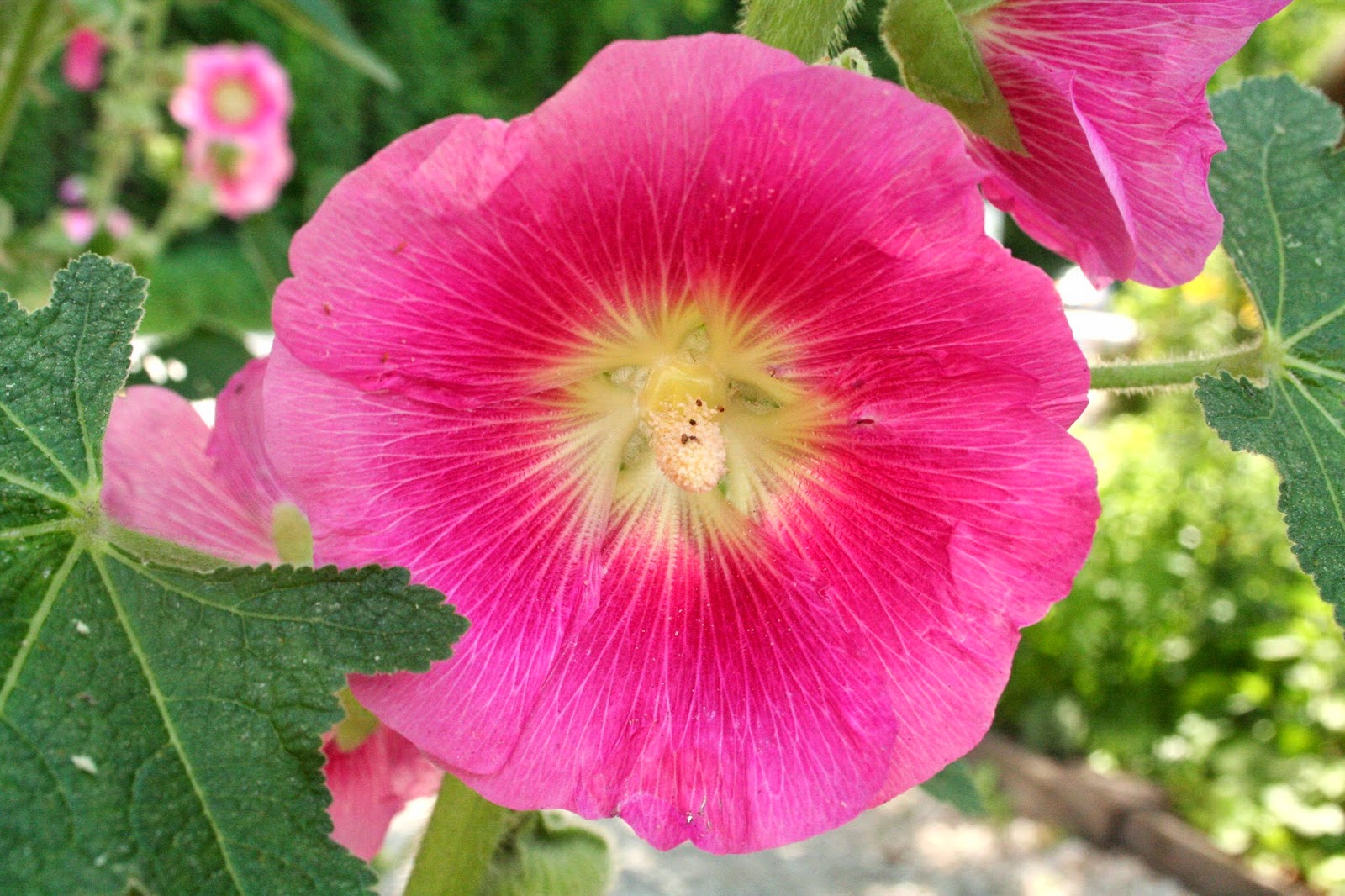 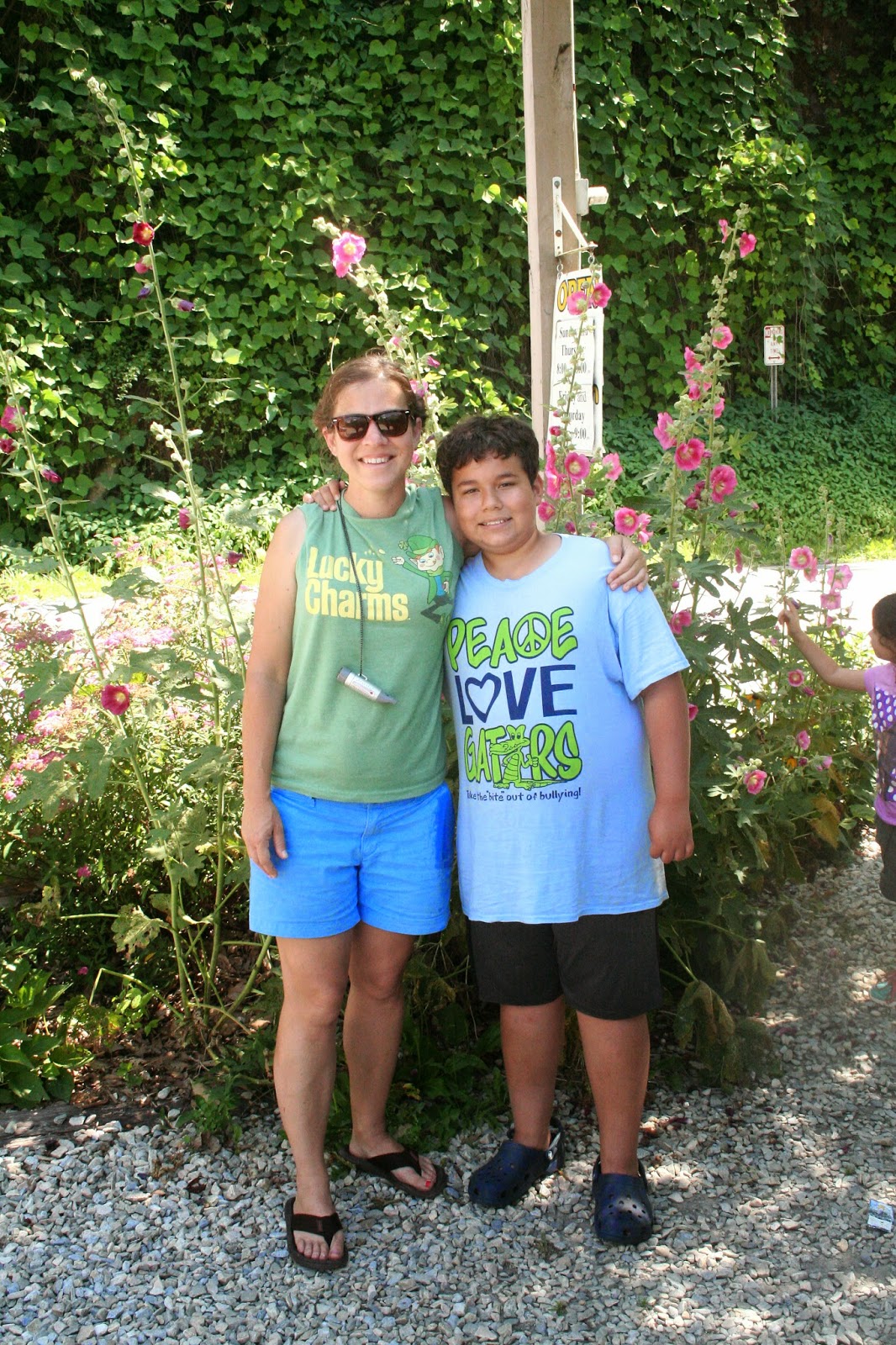 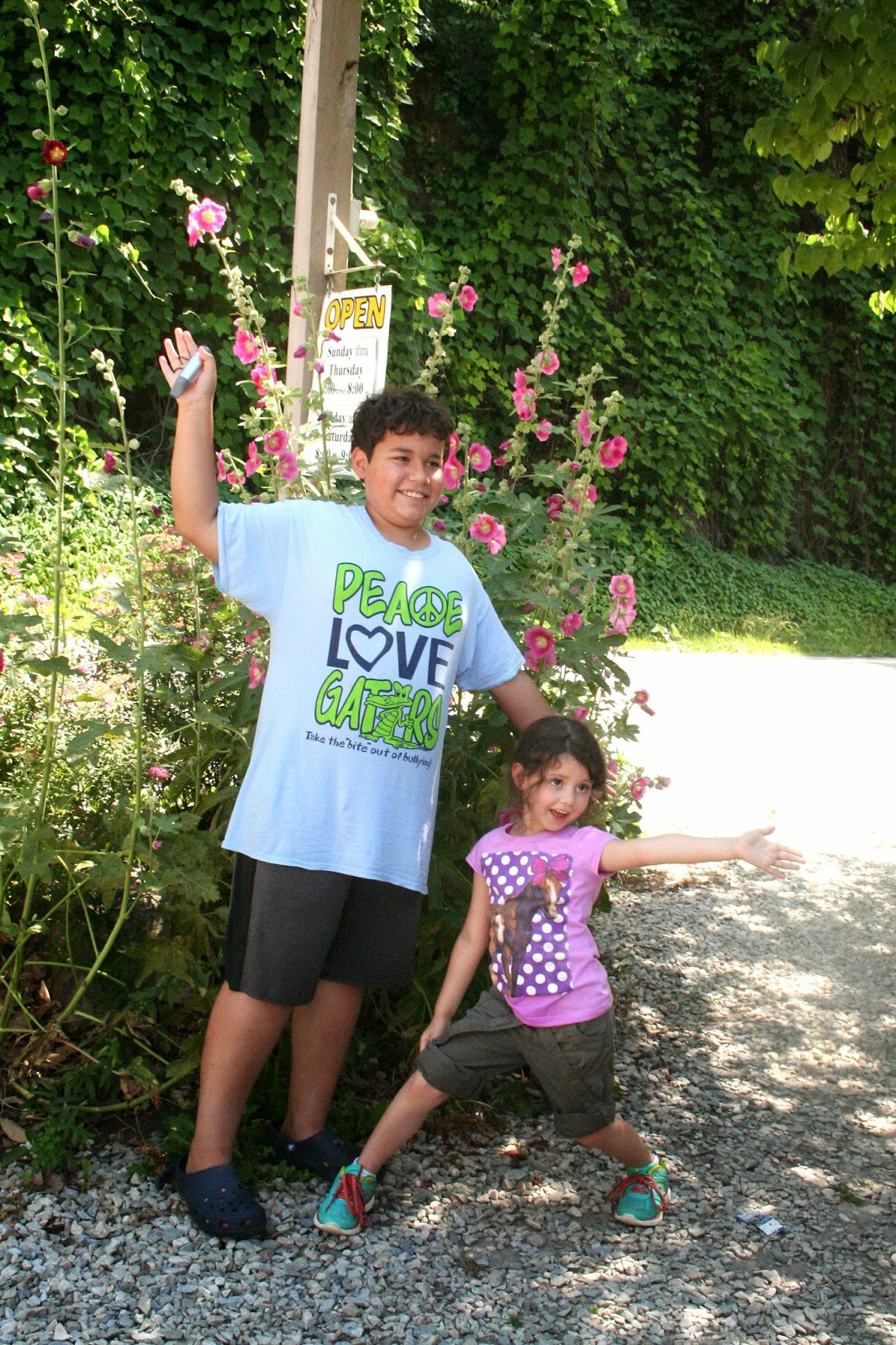 my boy has reached an age where he thinks he is way cool.  luckily, he just thinks he's way cool, but not in an "i'm better than you" or an "i won't do that because it's stupid" sort of way.  thank goodness he will still do dorky poses with his little girl cousin.  i'm a lucky scrapbooking momma. 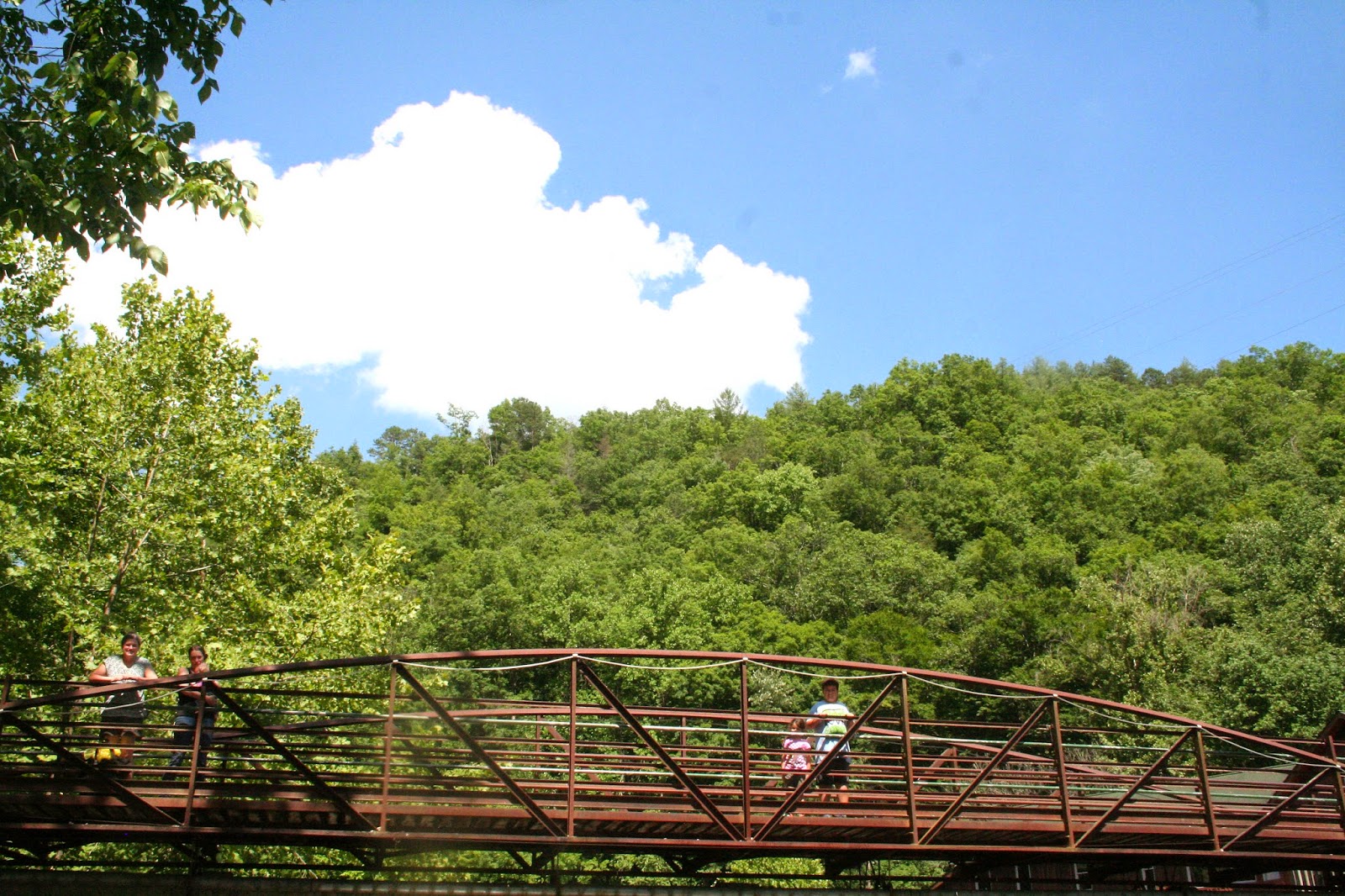 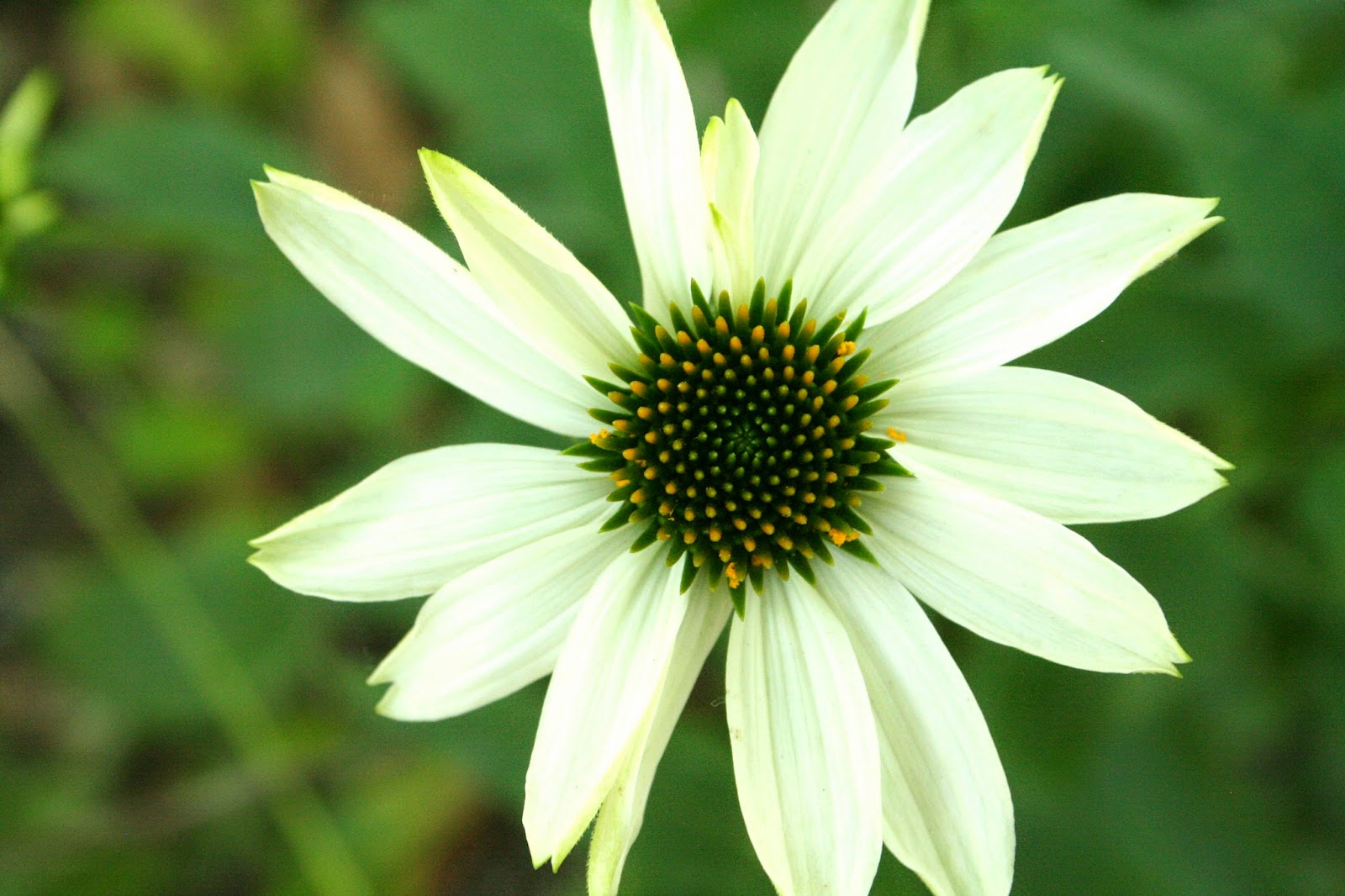 white coneflower.  goodness.  there are just so many flowers that i need in my garden! 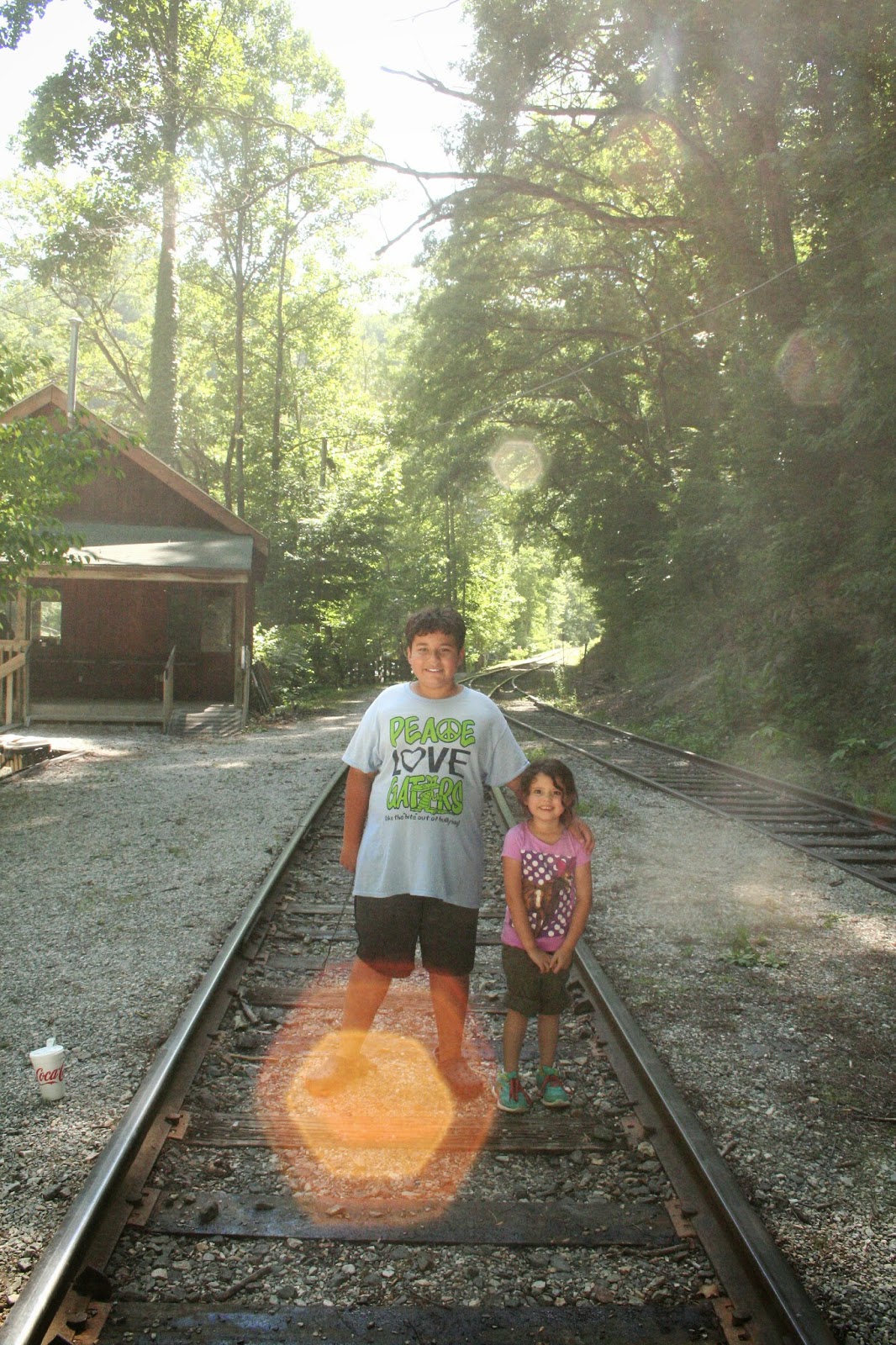 now i saw this one on the camera and couldn't even imagine how i'd gotten such an awesome sun flare without even trying.  i mean, it was the right time of day with the early evening lighting, but still.  later i realized that i still had my iso bumped up to 800 or so from the night before when i was taking pics in the almost dark.  interesting.  i will have to remember this trick the next time i want to intentionally take photos with cool light flares in them. 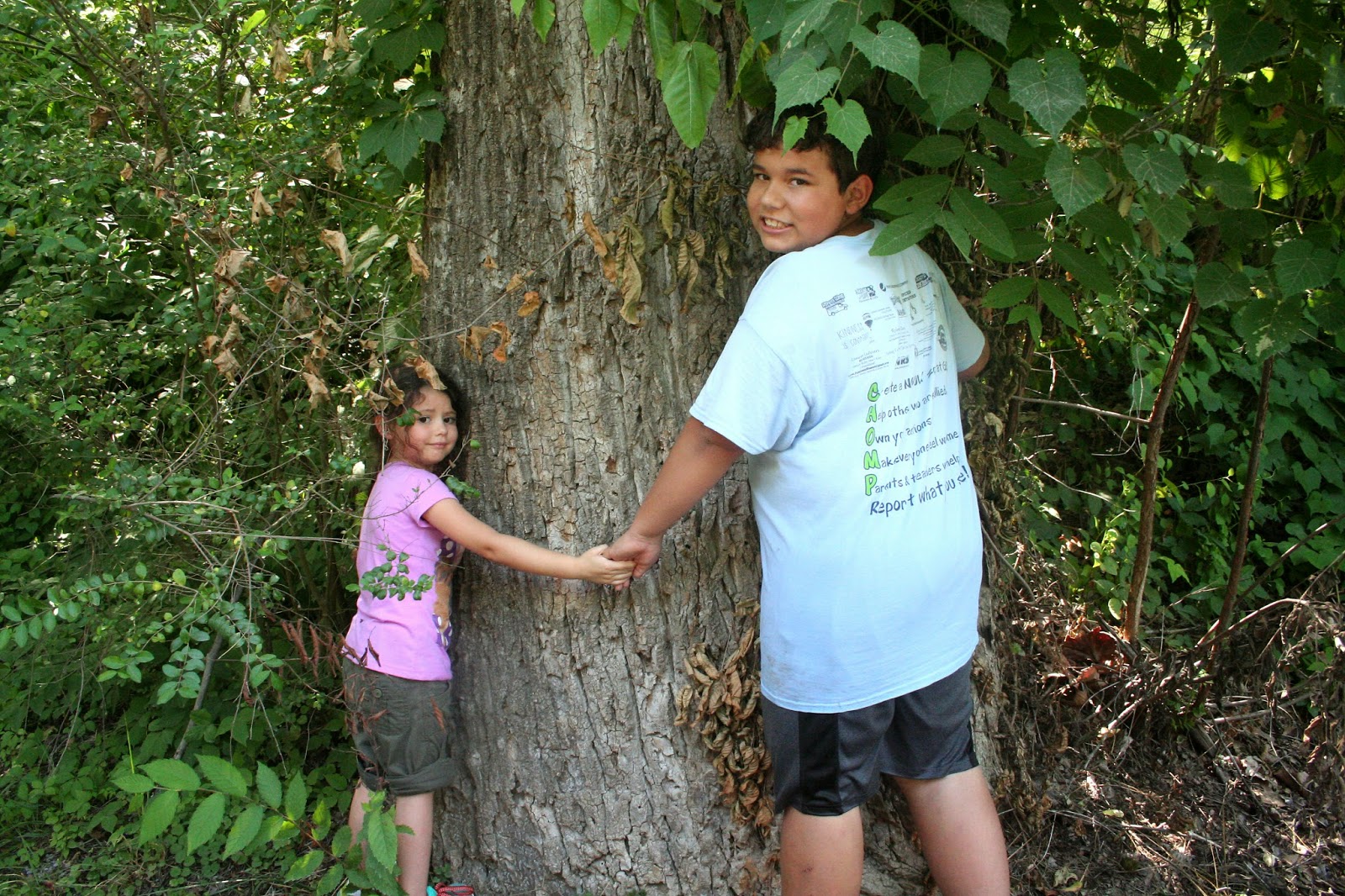 and a pose that my niece jessica set up.  she's a closet tree hugger like her aunt doris.  and look at these two good sports putting up with the eccentricities of their parents.