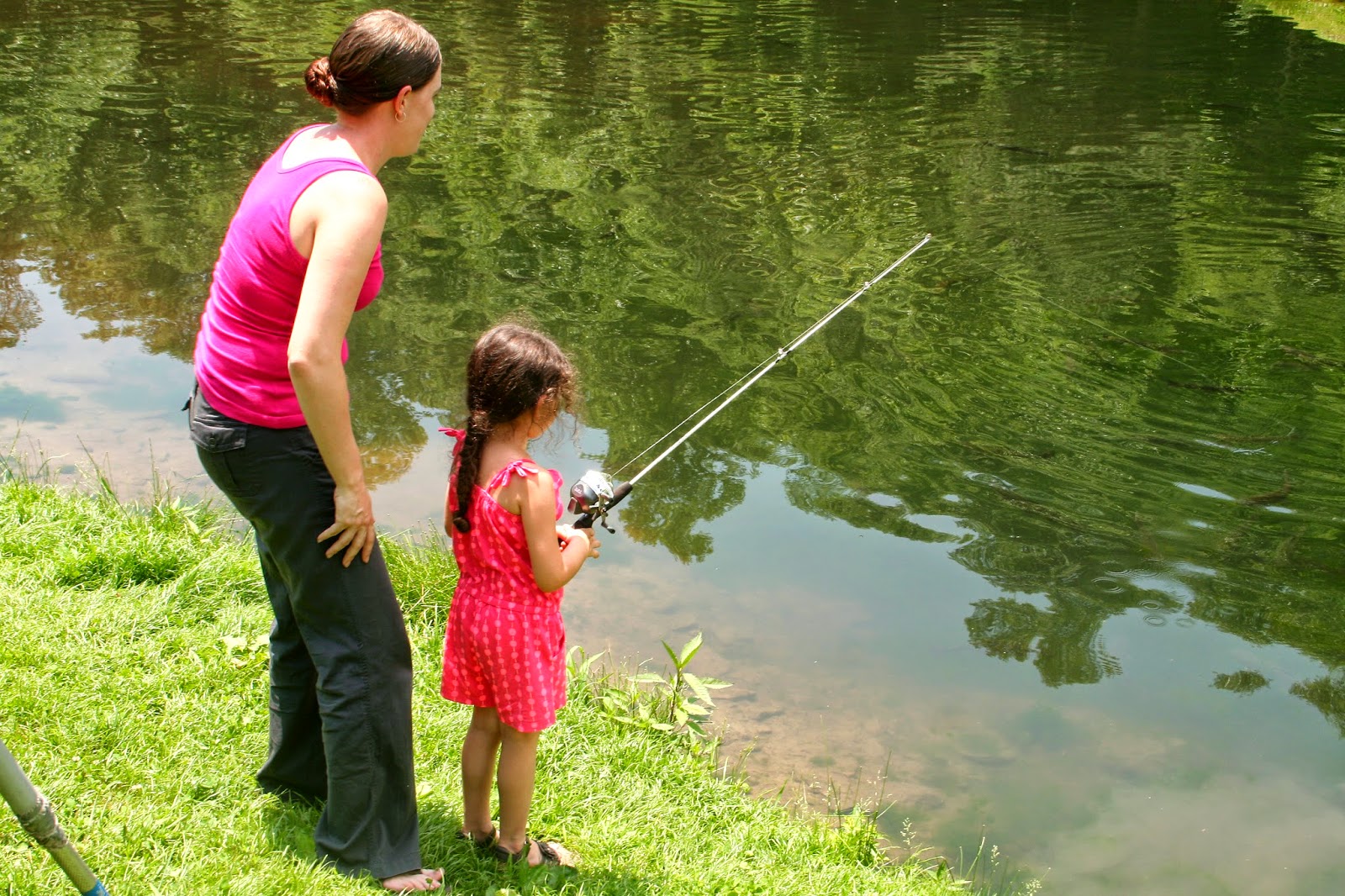 since g didn't catch anything the day before, i knew we'd need to schedule some more fishing time for the next day.  we found cooper's creek trout farm on the net and decided to give it a go.  after my near death experience on the tail of the dragon, i had told everyone that i wasn't driving again until i went home, but i ended up driving to the trout farm.  it wasn't too bad until the last turn off.  a three and a half mile one lane road straight into the mountain.  i was so not impressed. 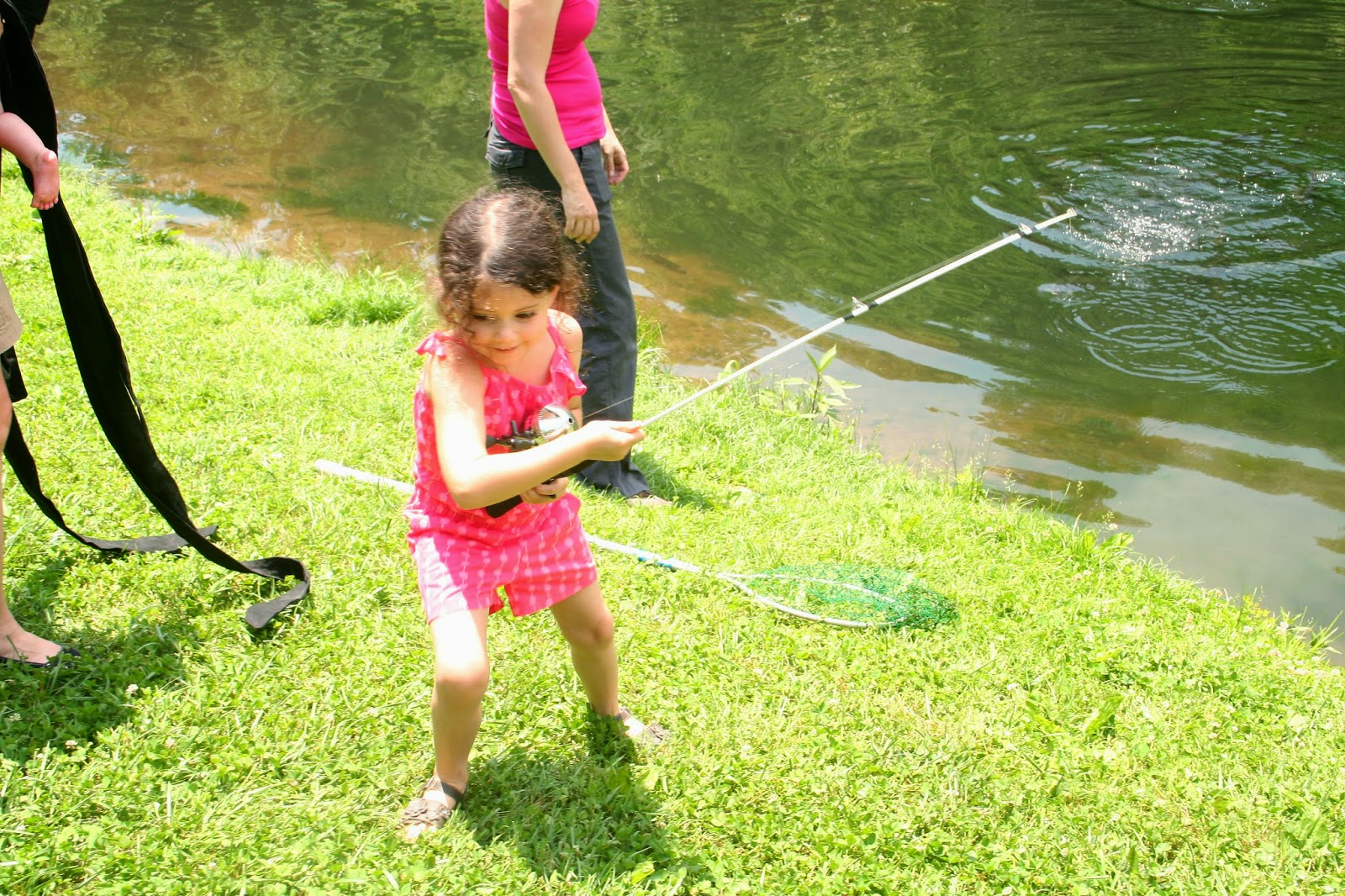 but the fishing was sure impressive if you want to be in and out in ten minutes.  oh my goodness.  i had to laugh.  the fish were less than a foot apart in an approximately two foot deep clear pond.  it was like "fishing" at the school carnival where you throw your line over the cardboard partition and feel a tug on your clothespin in approximately ten seconds.  i'm not even kidding.  it was that fast.  here is riley pulling her first one in.  she was so excited that she forgot the reel and just ran for it.  ha! 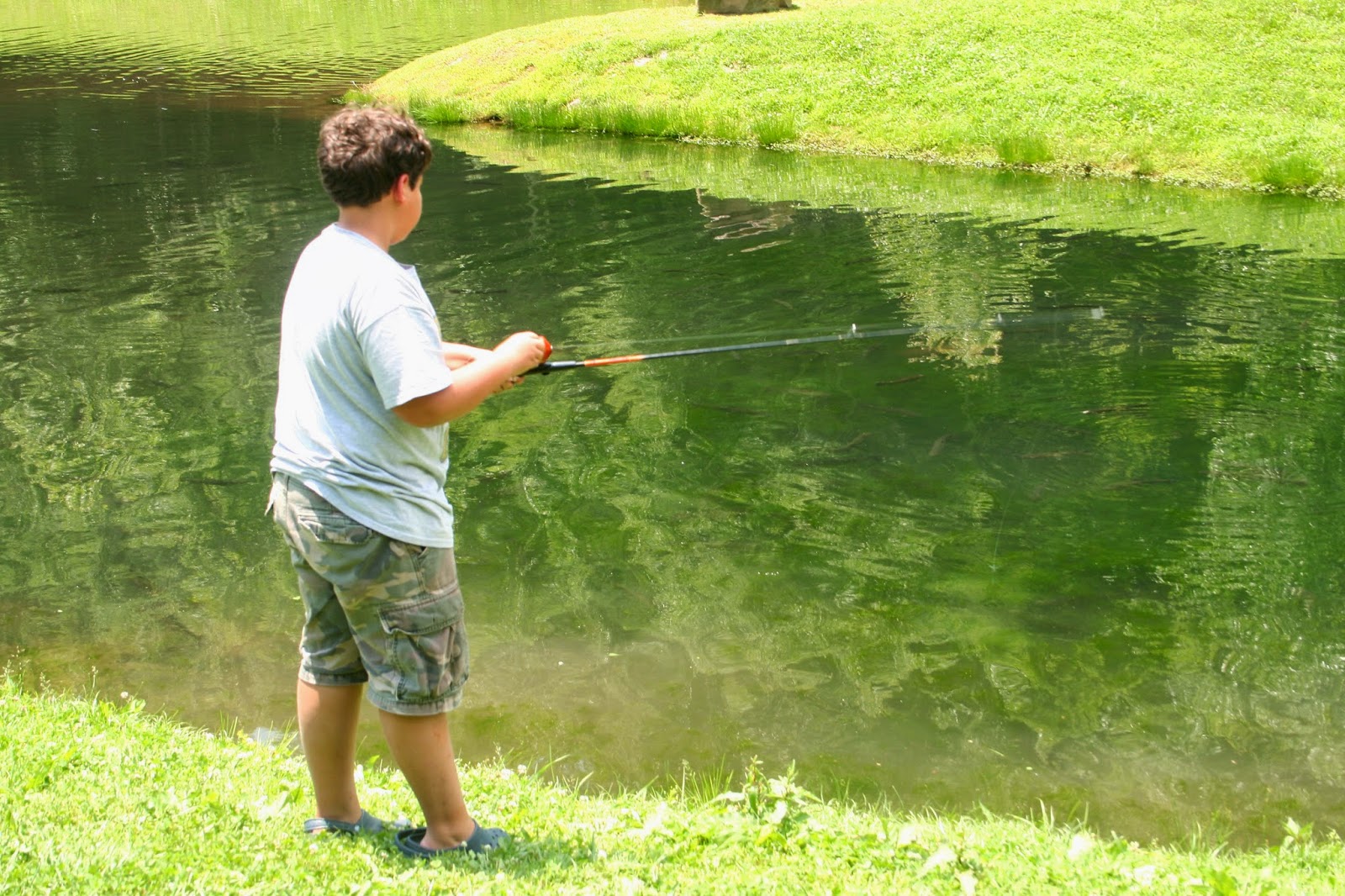 g was told we had a three fish budget.  this was not a catch and release establishment and at $4.80 a pound and an average fish size of two pounds, well the math is easy.  mama can't afford it! 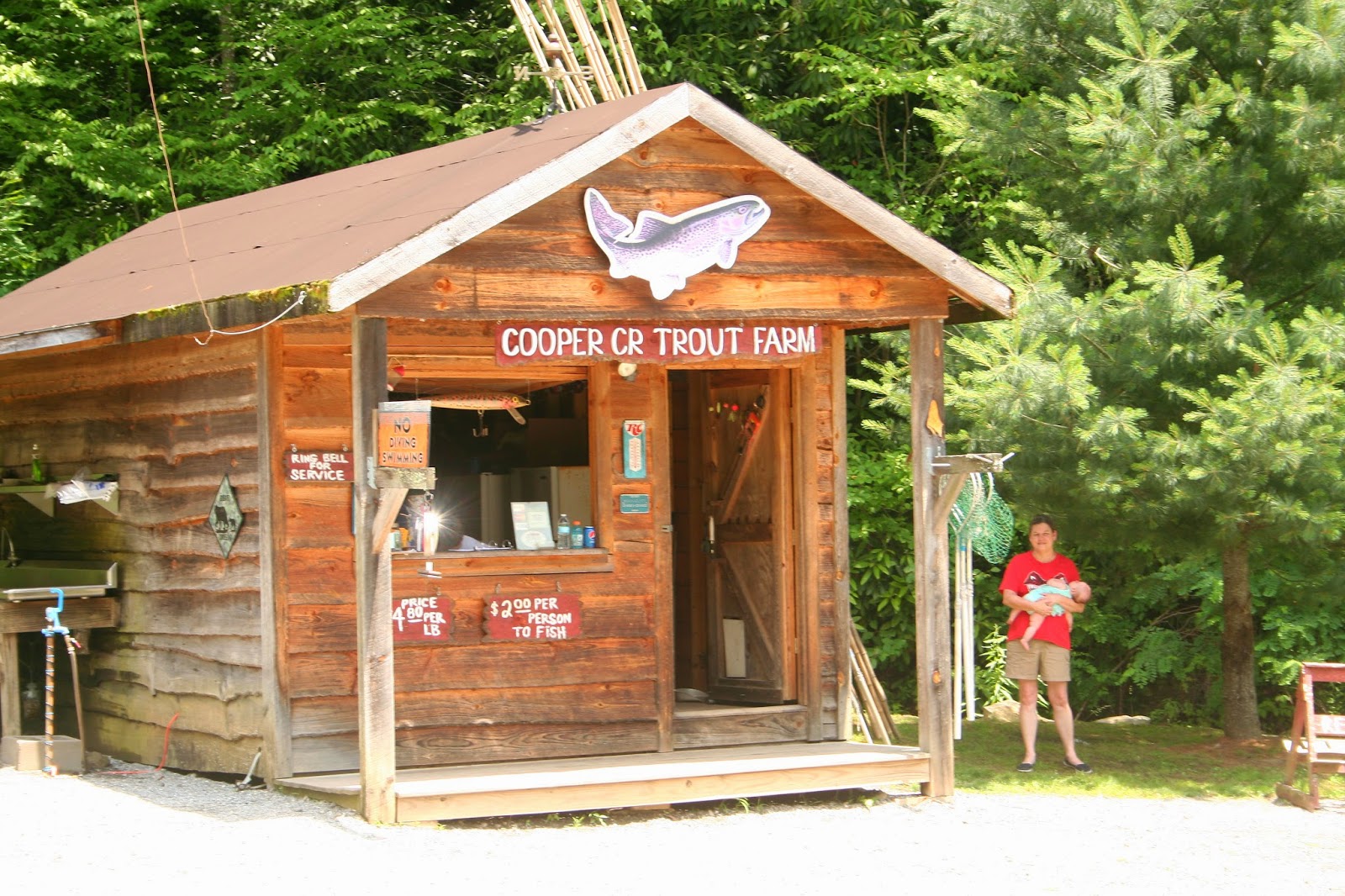 the millmaester having a nap attack. 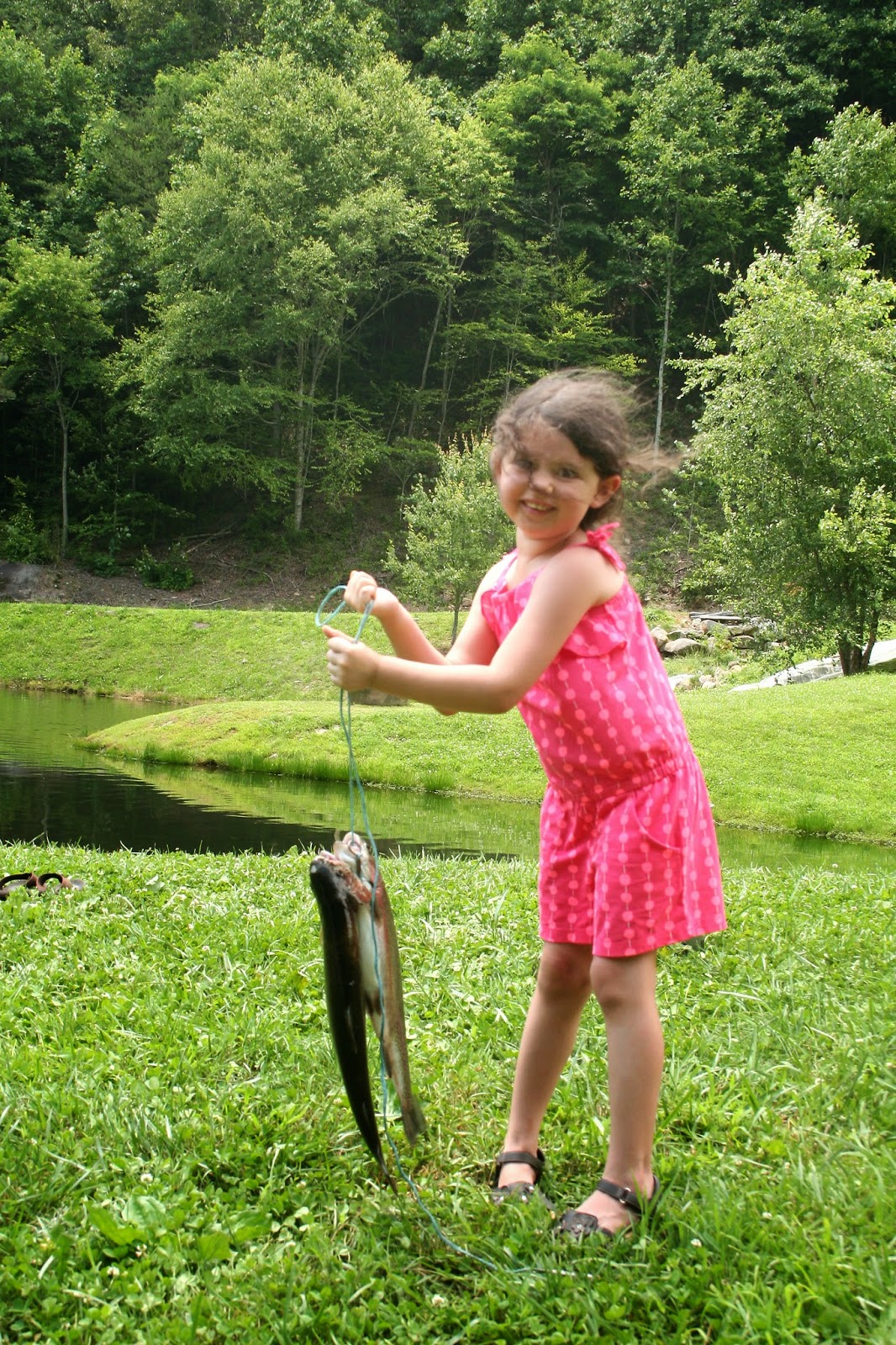 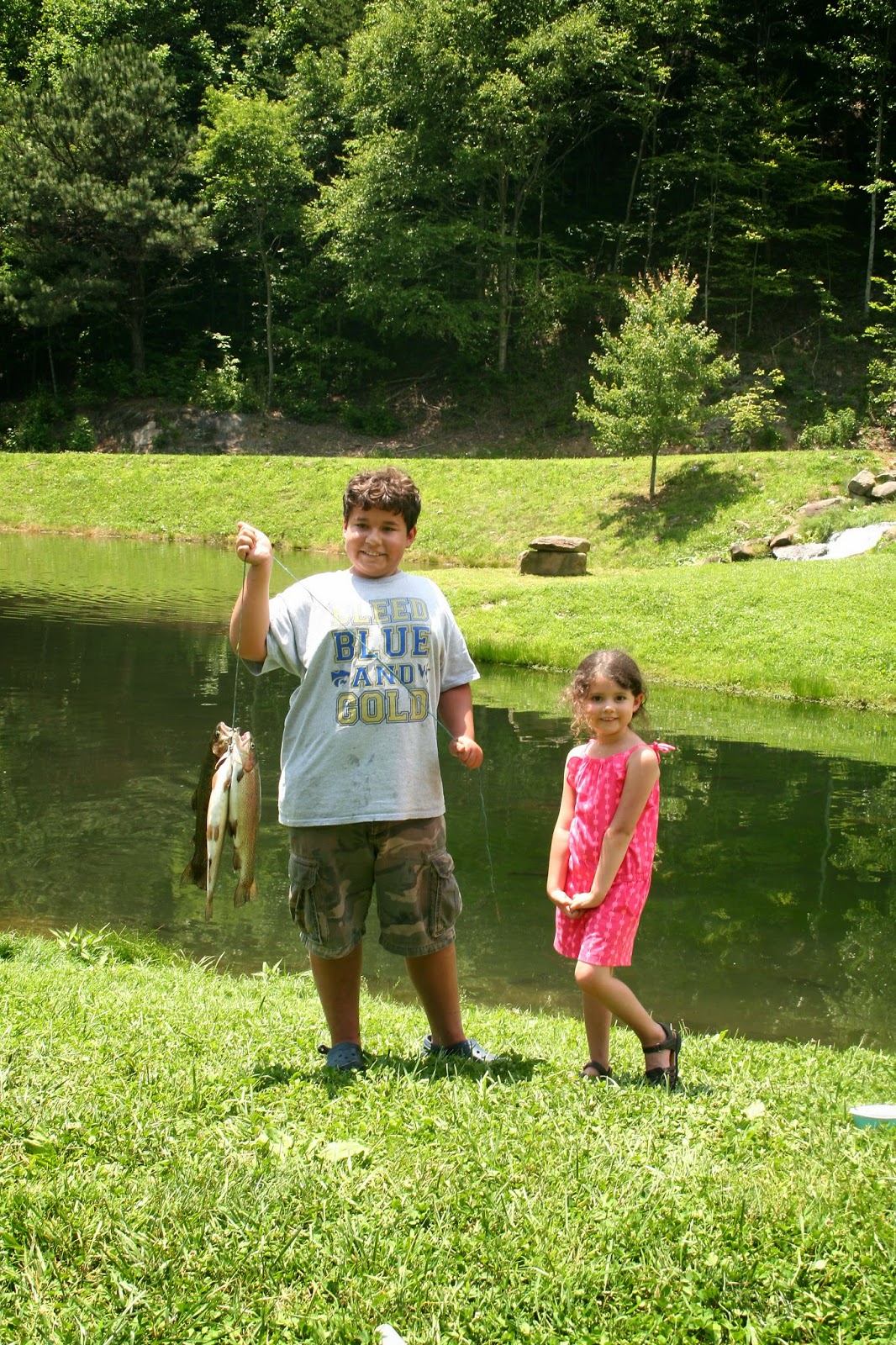 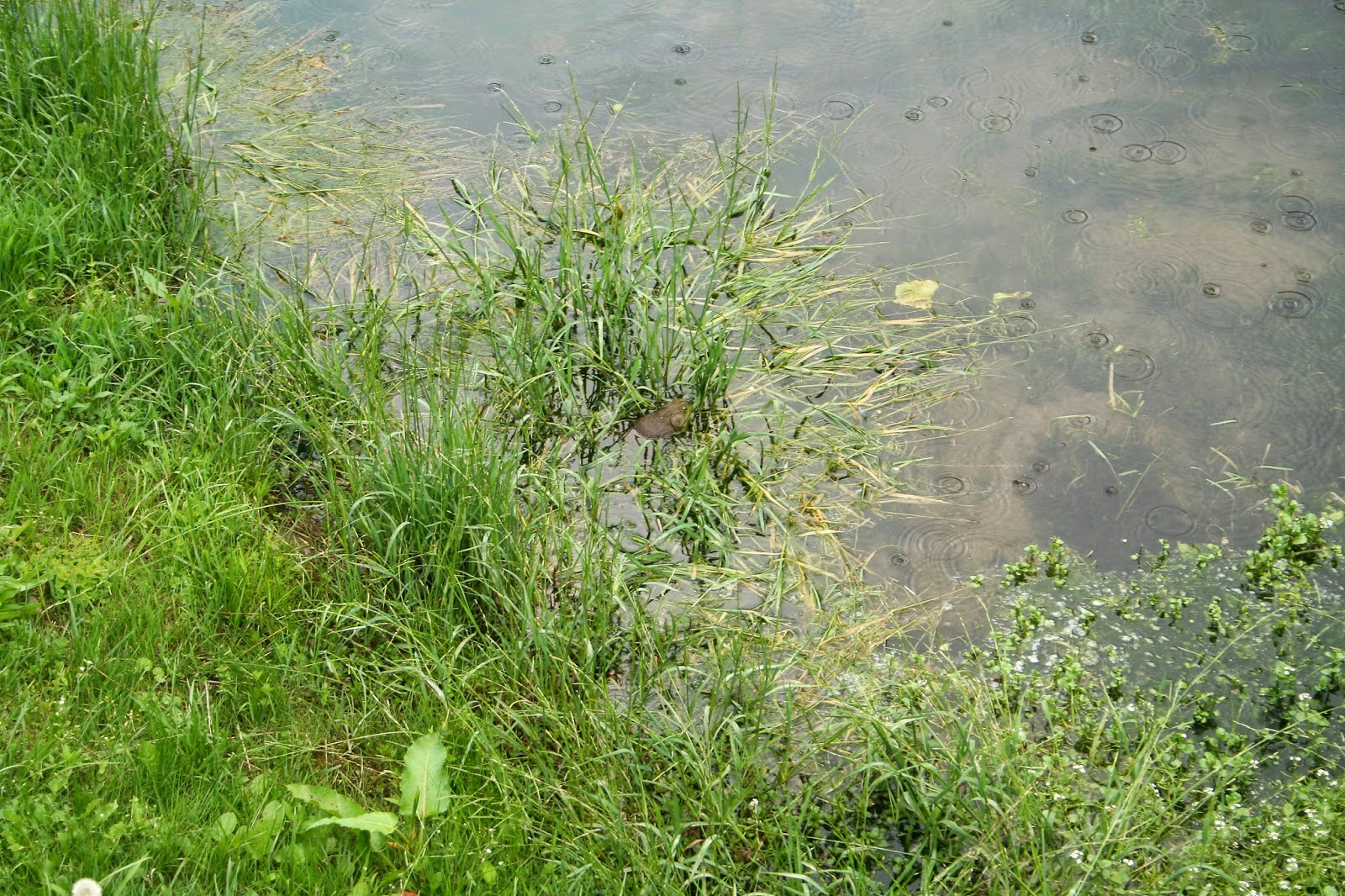 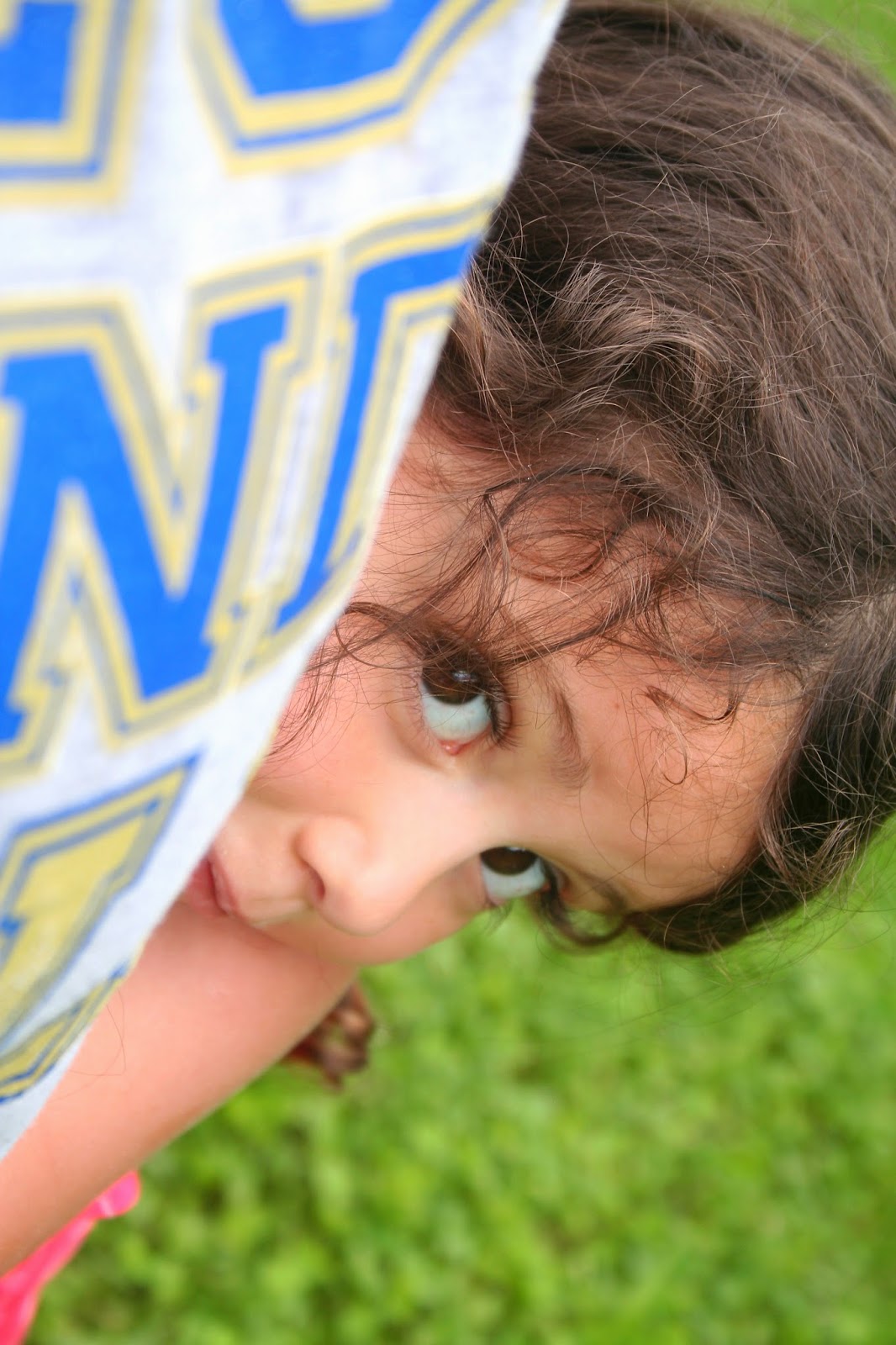 afterwards, we stopped in town for ice cream. 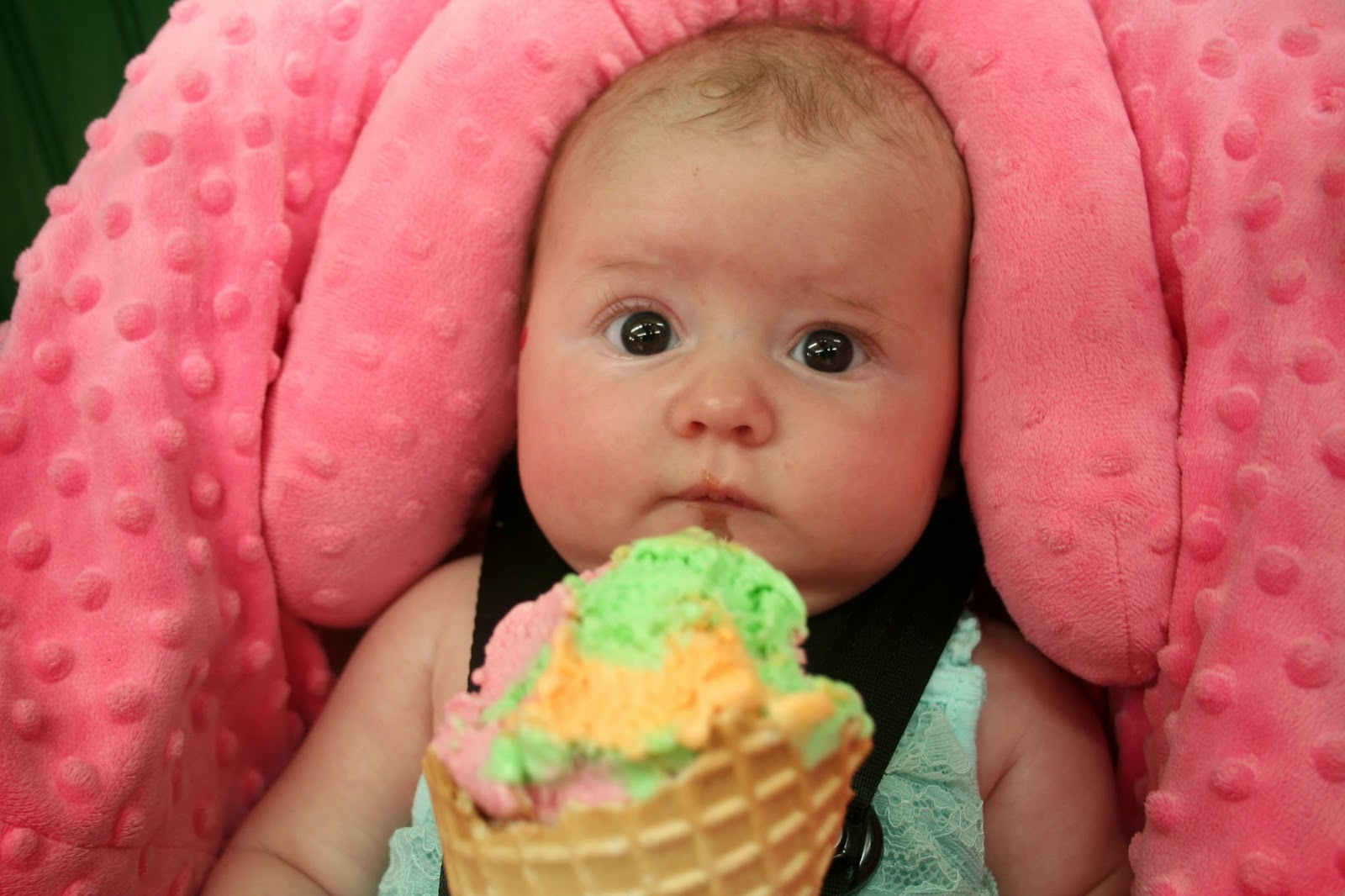 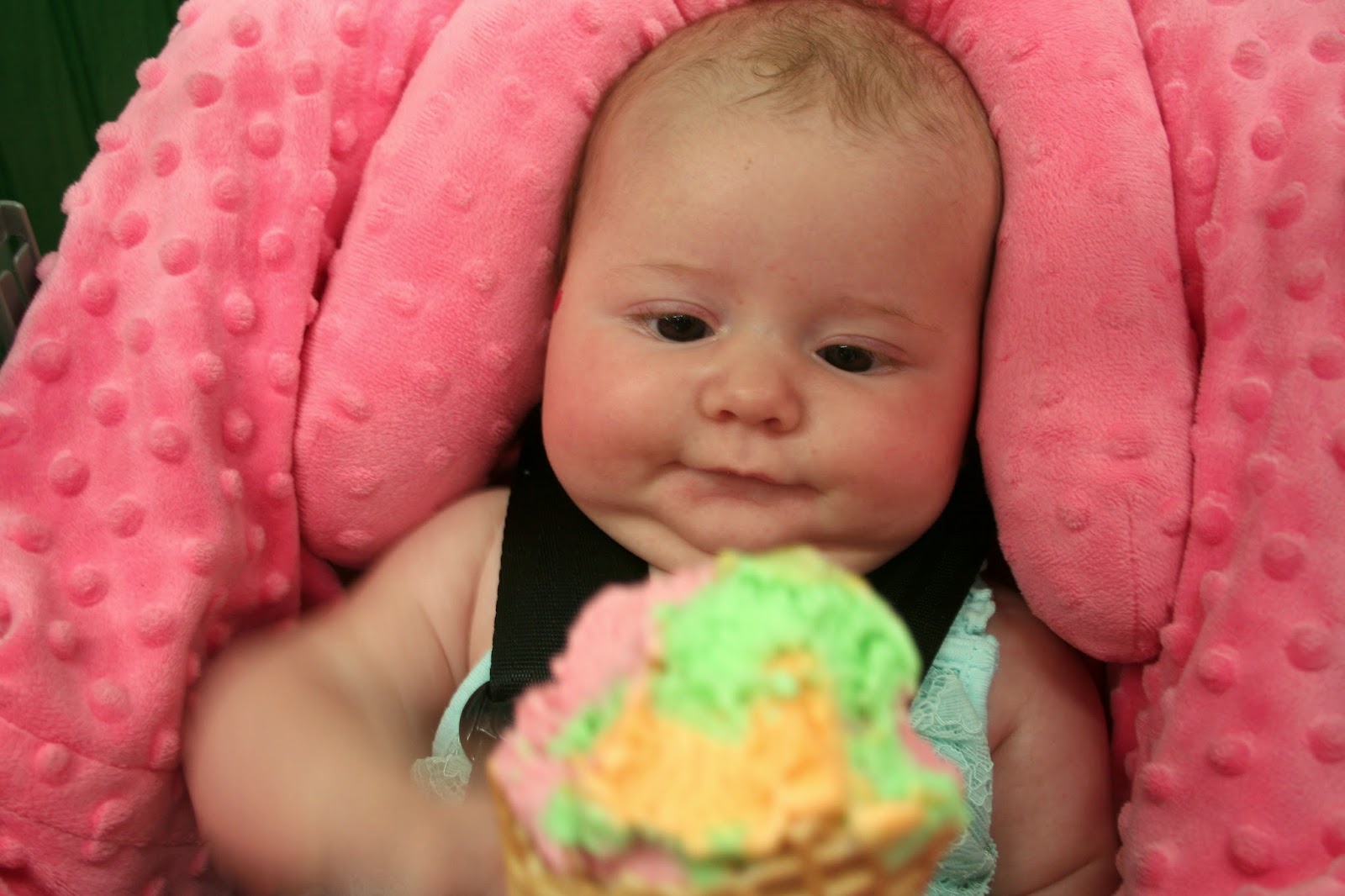 and that she may as well try the rainbow sherbet as well. 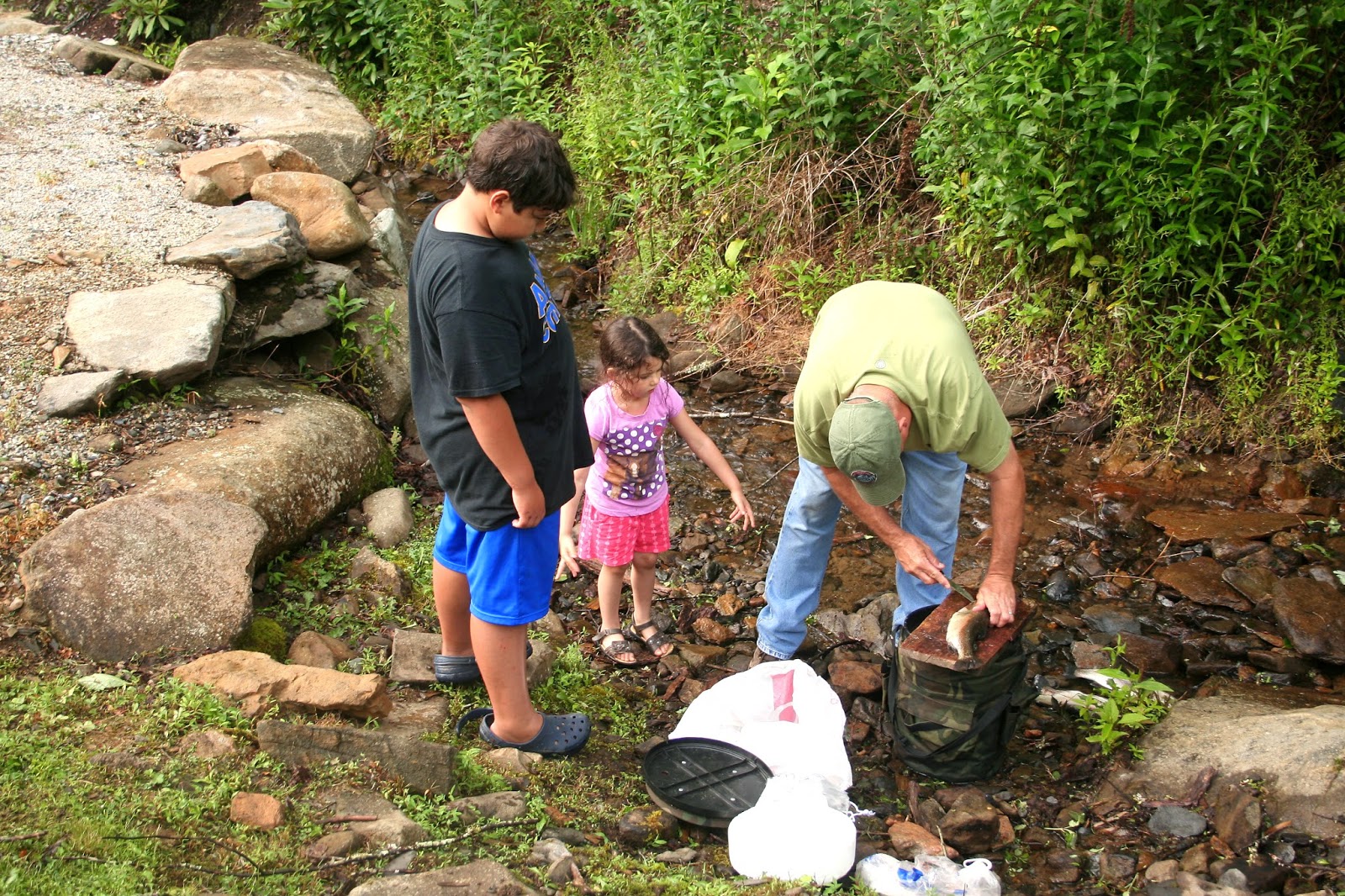 we took the trout home for uncle greg to clean.  we sure weren't going to pay extra for that! 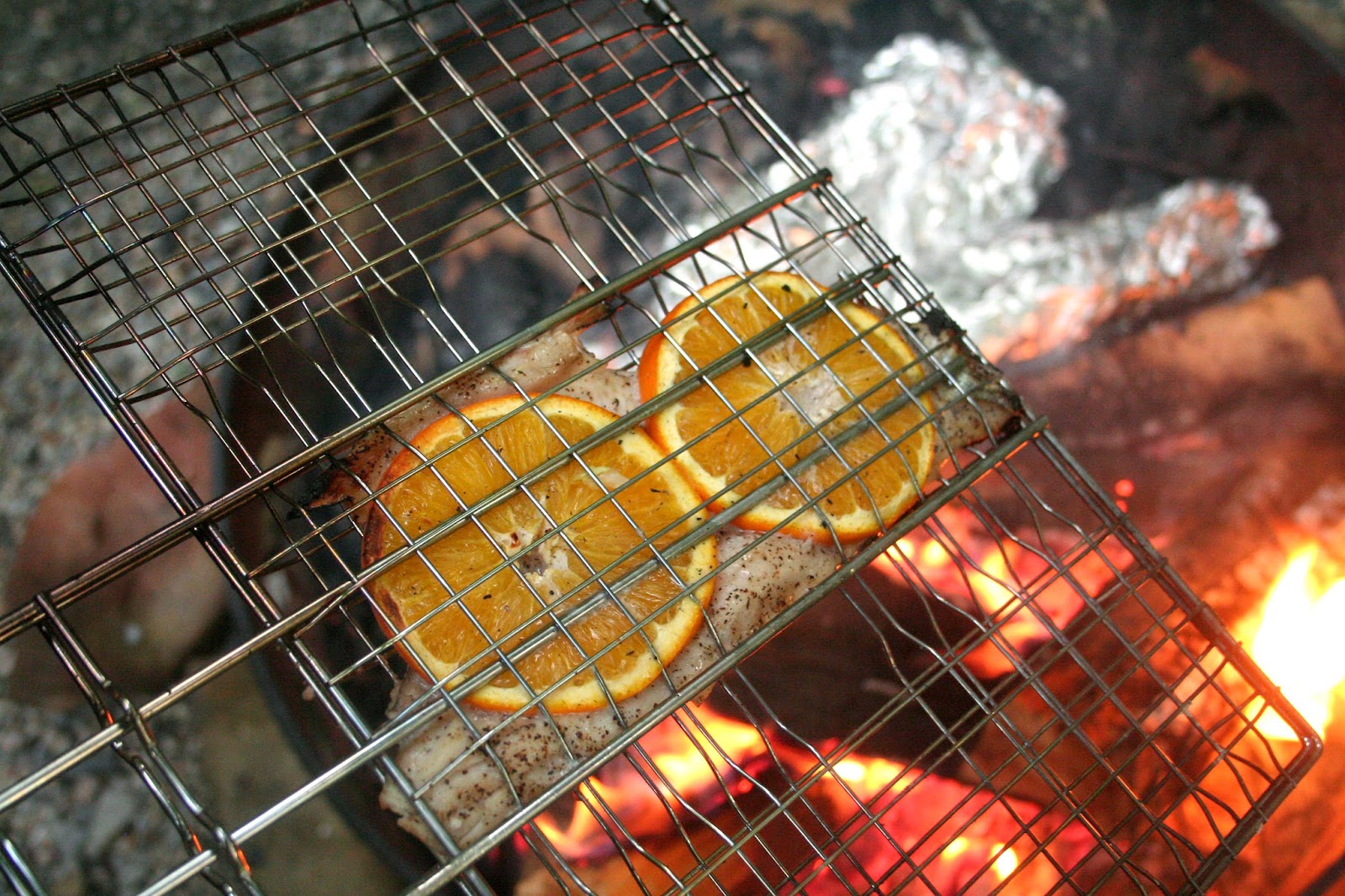 uncle greg accepted payment in fried trout and home made French fries.  g grilled ours with salt, pepper, and orange slices.  man it was good.  the orange slices didn't flavor it intensely the way lime does (which we didn't have), but i think it helped keep it juicy.  major yum.