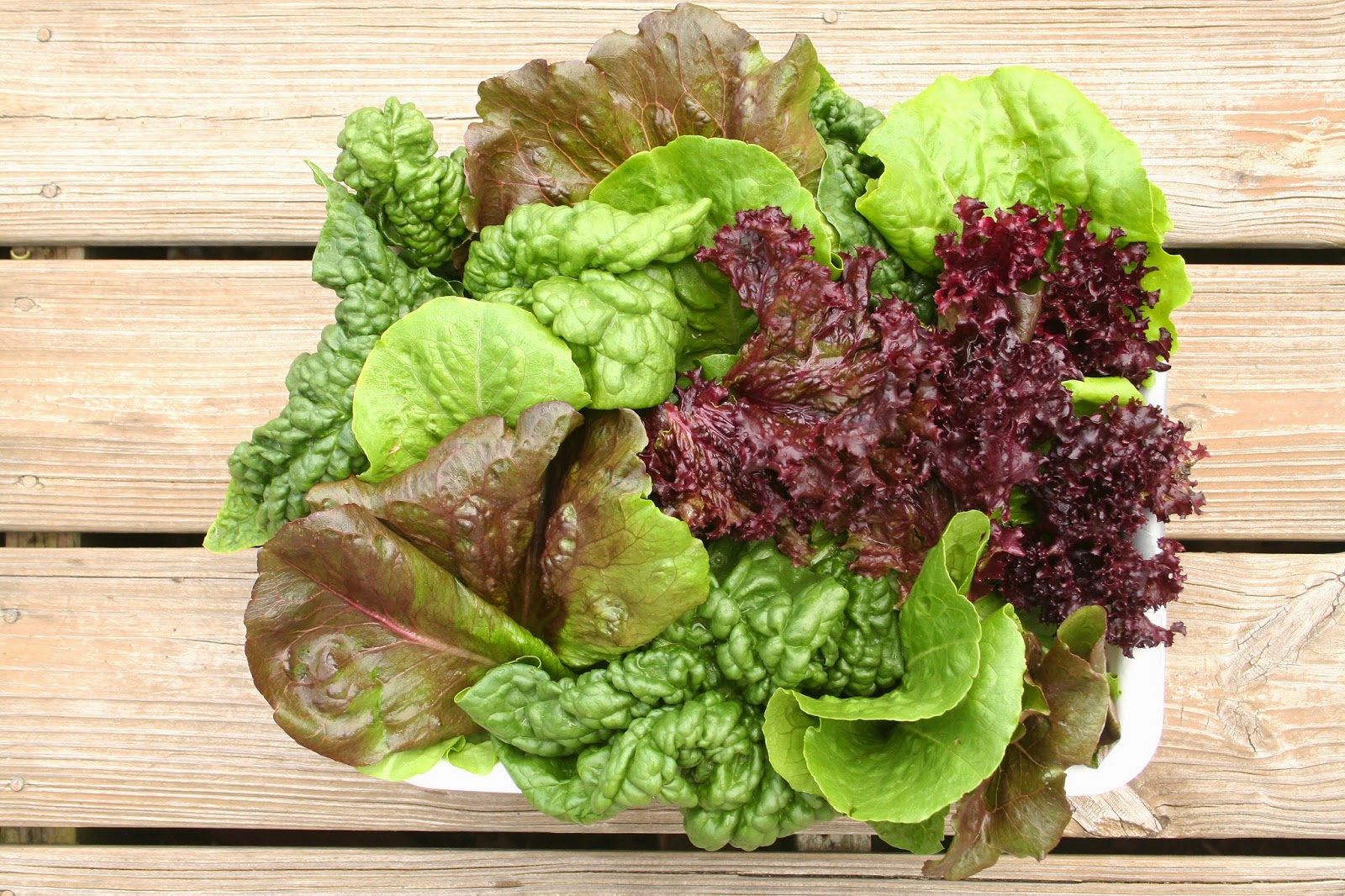 summer started with this huge basket of lettuce from homer's farm and a burning desire to work more veggies into our dining rotation.  sadly, most of the lettuce wilted as i didn't know how to store it properly.  i have since researched better refrigeration options. 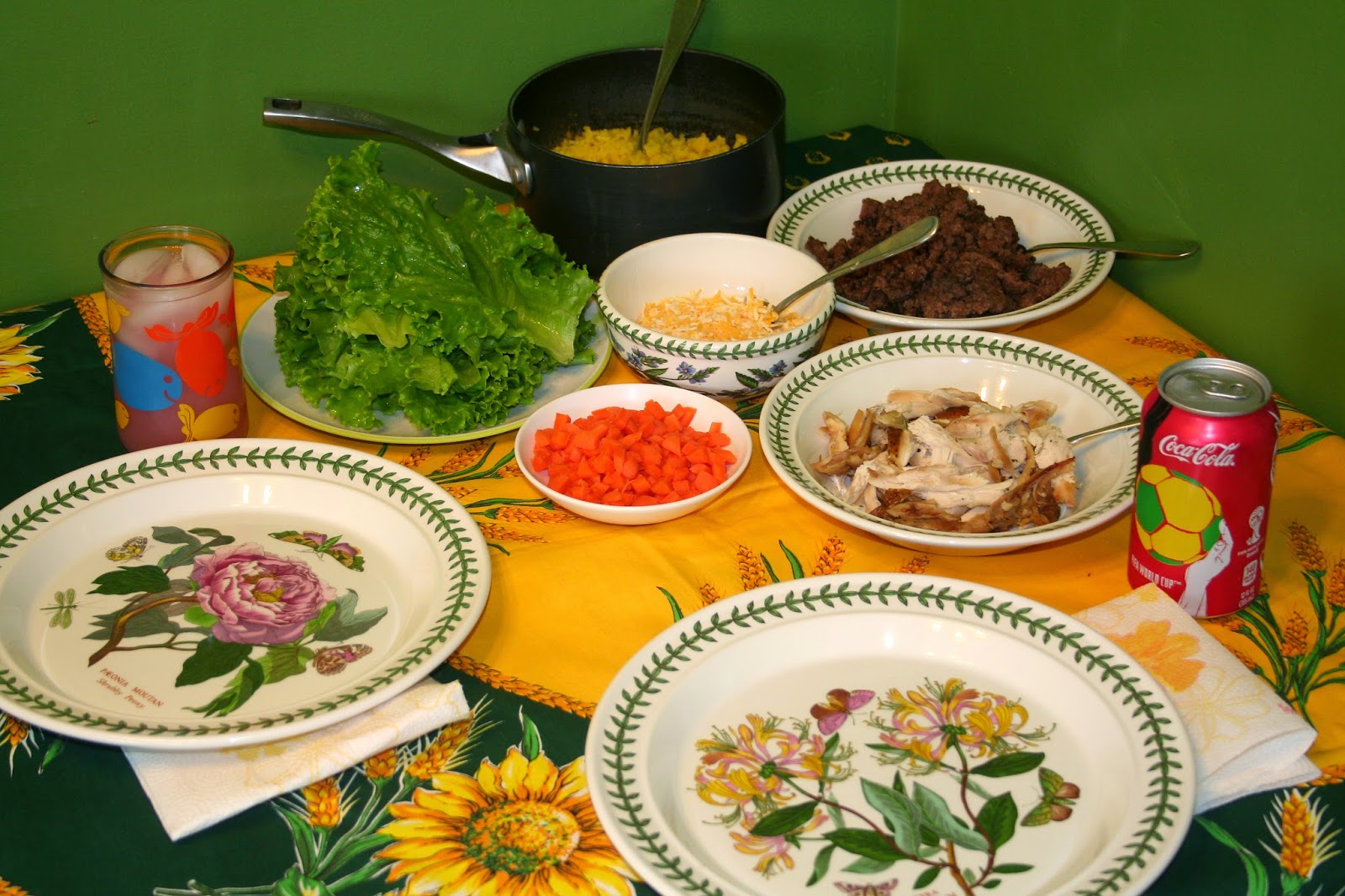 we did manage to salvage enough large leaves to try our hand at lettuce wraps.  we put way too much bounty in them and they overflowed.  turns out lettuce does not hold quite as much as a tortilla of similar size.  we're not cultured enough to know exactly what goes in lettuce wraps either, so we improvised.  mine had yellow rice, ground beef, and tiny bits of raw carrots.  they were really so fresh and tasty.  g, of course, needs to put cheese on most everything, but really i wouldn't suggest that unless you are a child. 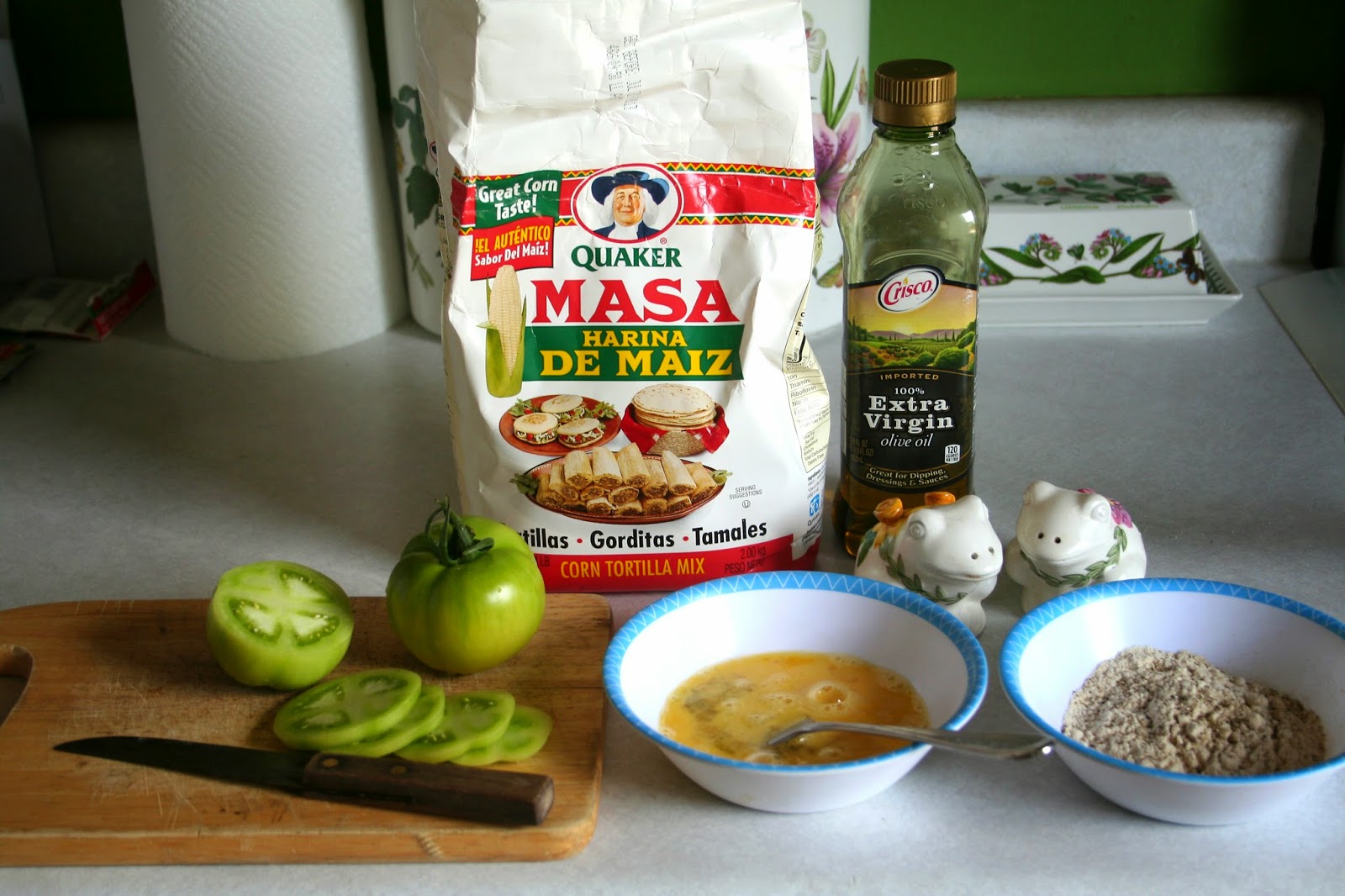 i remember my big sister making fried green tomatoes when i was a little girl.  i have had these several times this summer.  they are oh so good.  we had this corn tortilla mix flour in the pantry and it is fried green tomato frying perfection.  it's really more of a corn meal, but a fine grained cornmeal. 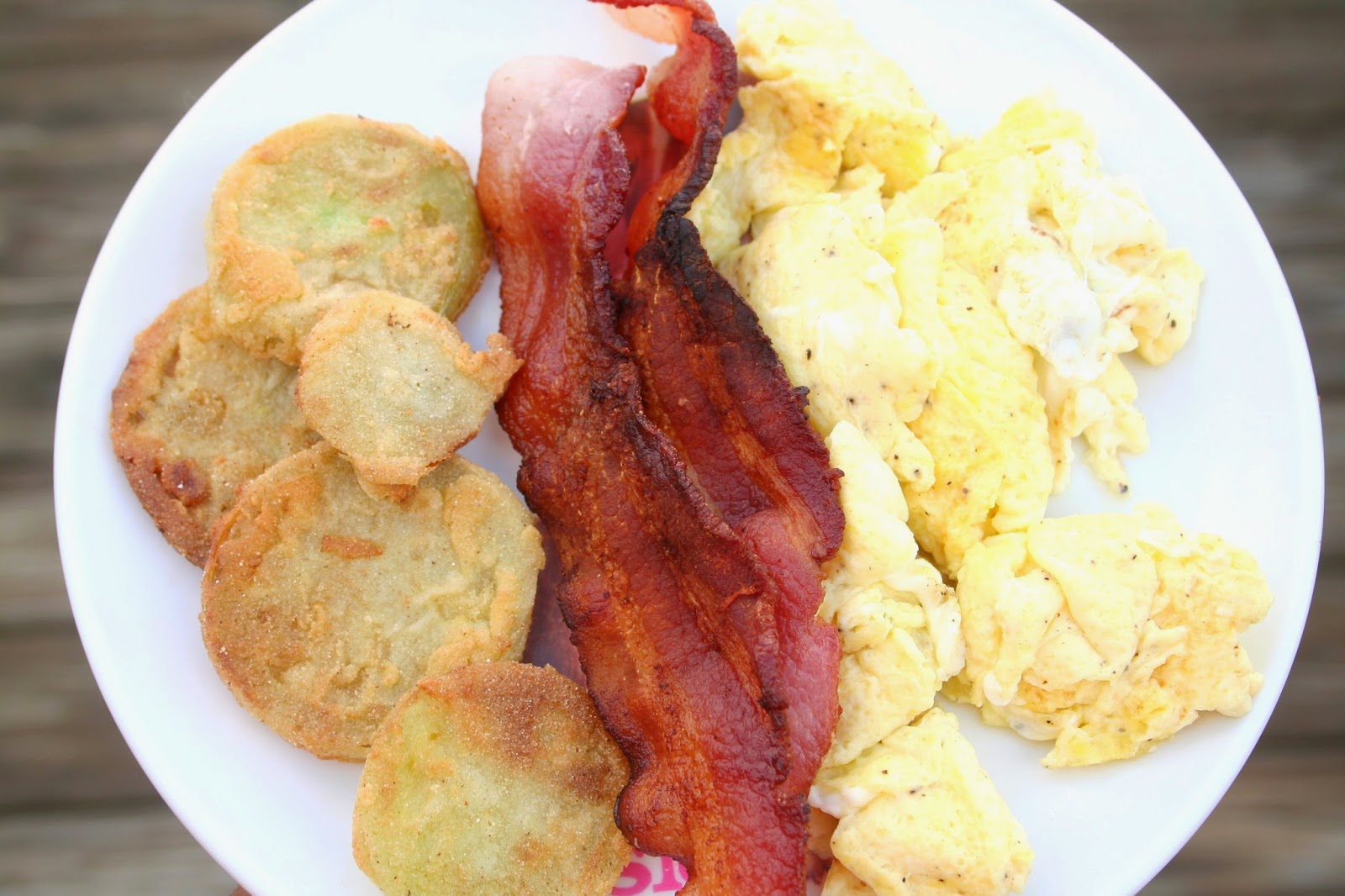 they are absolutely delicious with bacon and eggs.  i can't get enough of them.  and don't worry.  i've already earmarked "food photography" as a personal goal for 2015. 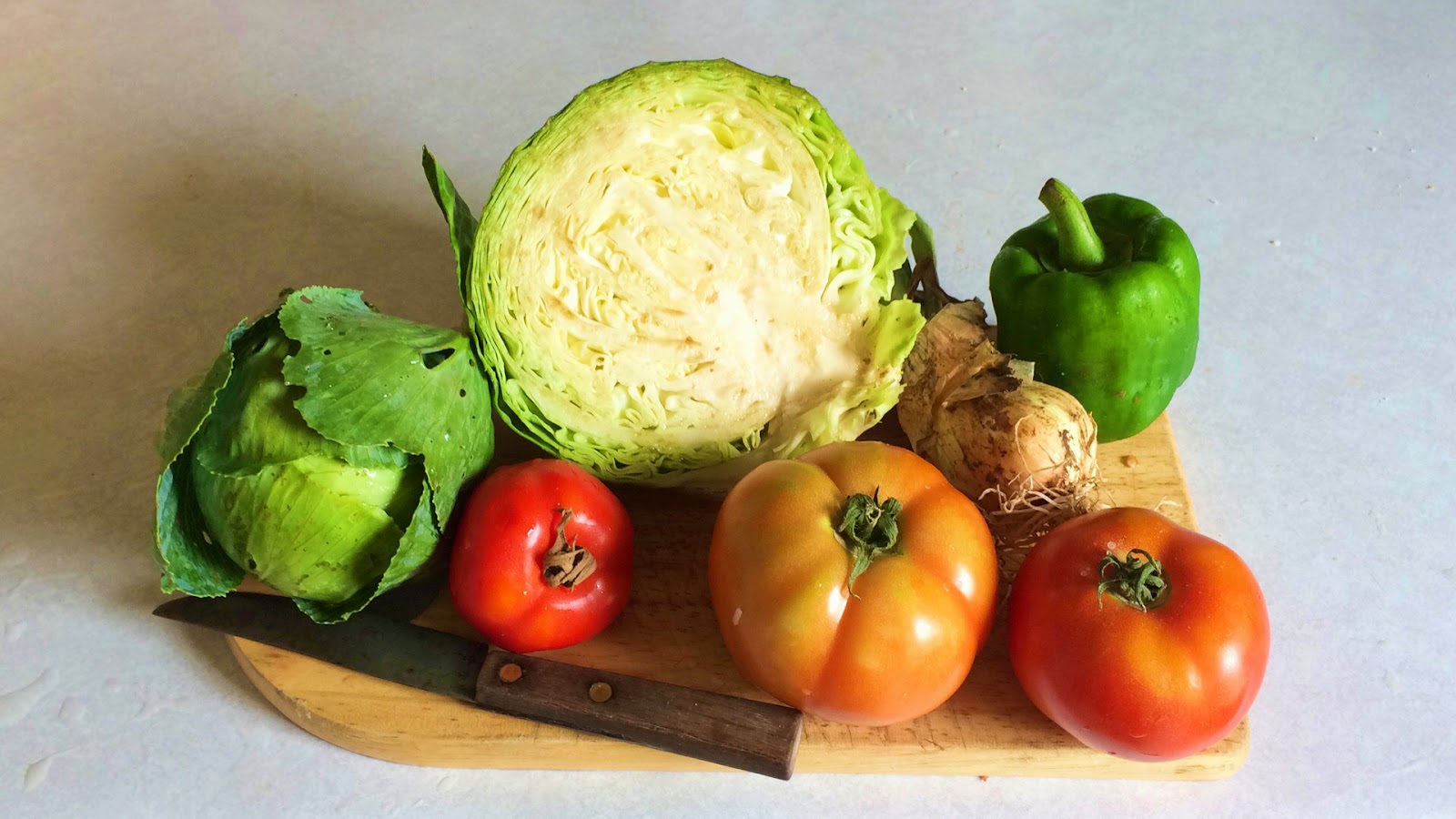 these beauties were all from homer's farm and went into a beef stew idea that a friend told me about. 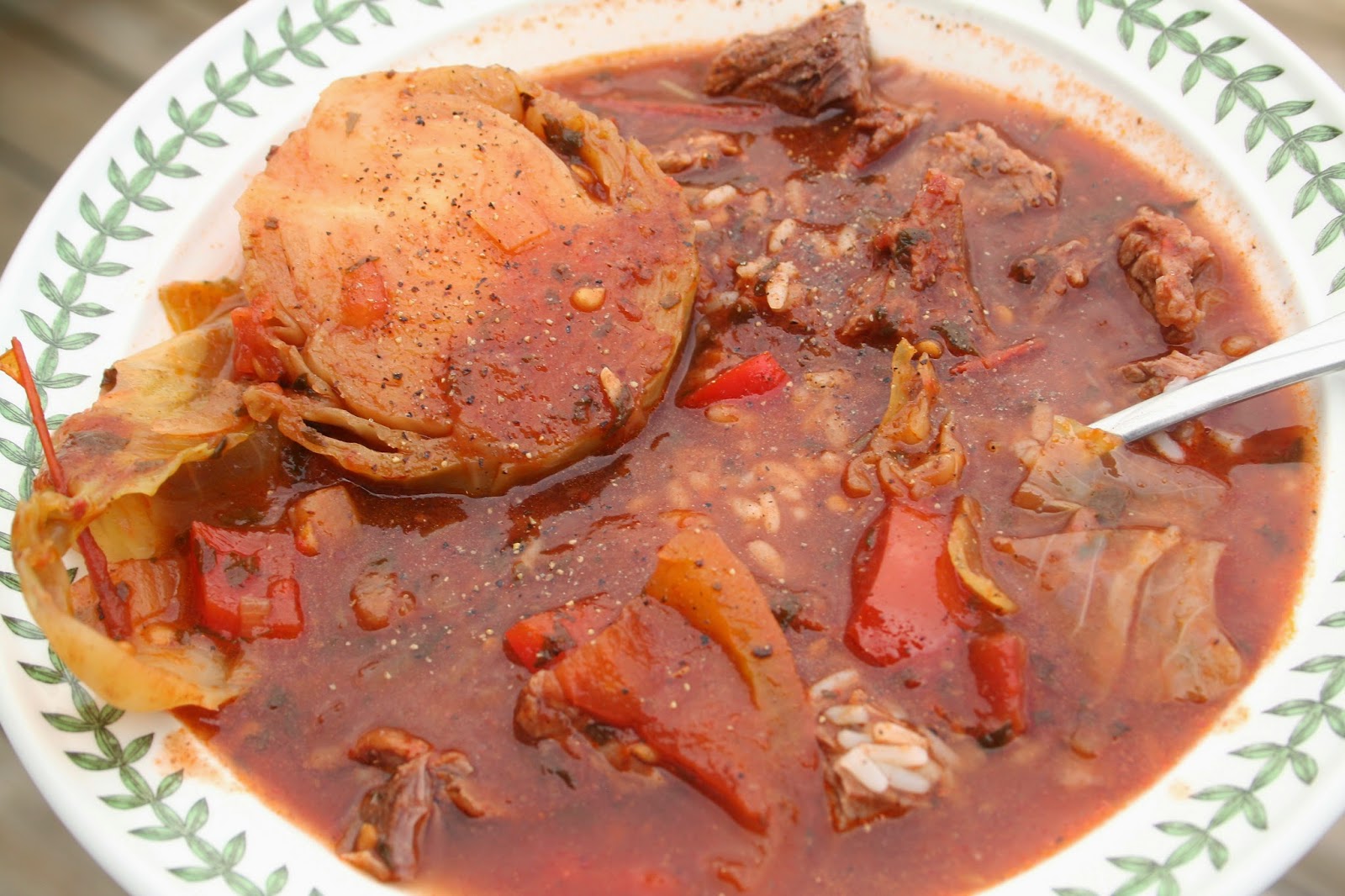 the before picture is much better than the after.  the cabbage chunk is having an awkward moment.  i tried to photograph it again the next day, but the rice came out looking like maggots and that didn't seem too appetizing for you.  the stew was okay, but not that great either.  i asked the same friend the next week for spice suggestions and she said she uses ginger and garlic, neither of which do i like.  i will have to put more thought into it next time.  i still think the dish has potential. 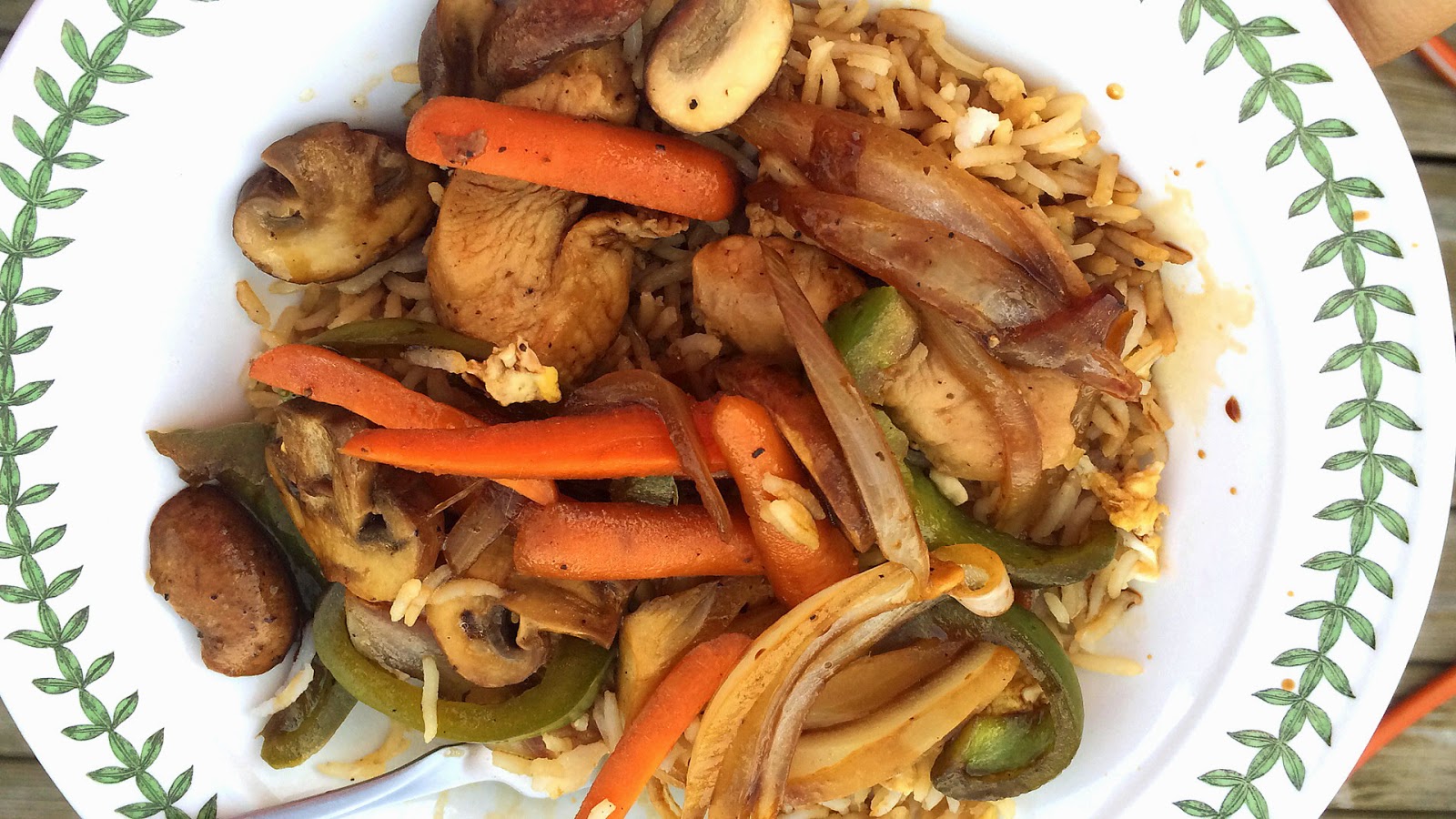 stir fry, i have discovered, is an excellent use for all those bell peppers.  i seem to be very good at growing peppers.  we actually loved this mix.  it was bell peppers, onions, mushrooms, and baby carrots with chicken and jasmine rice. 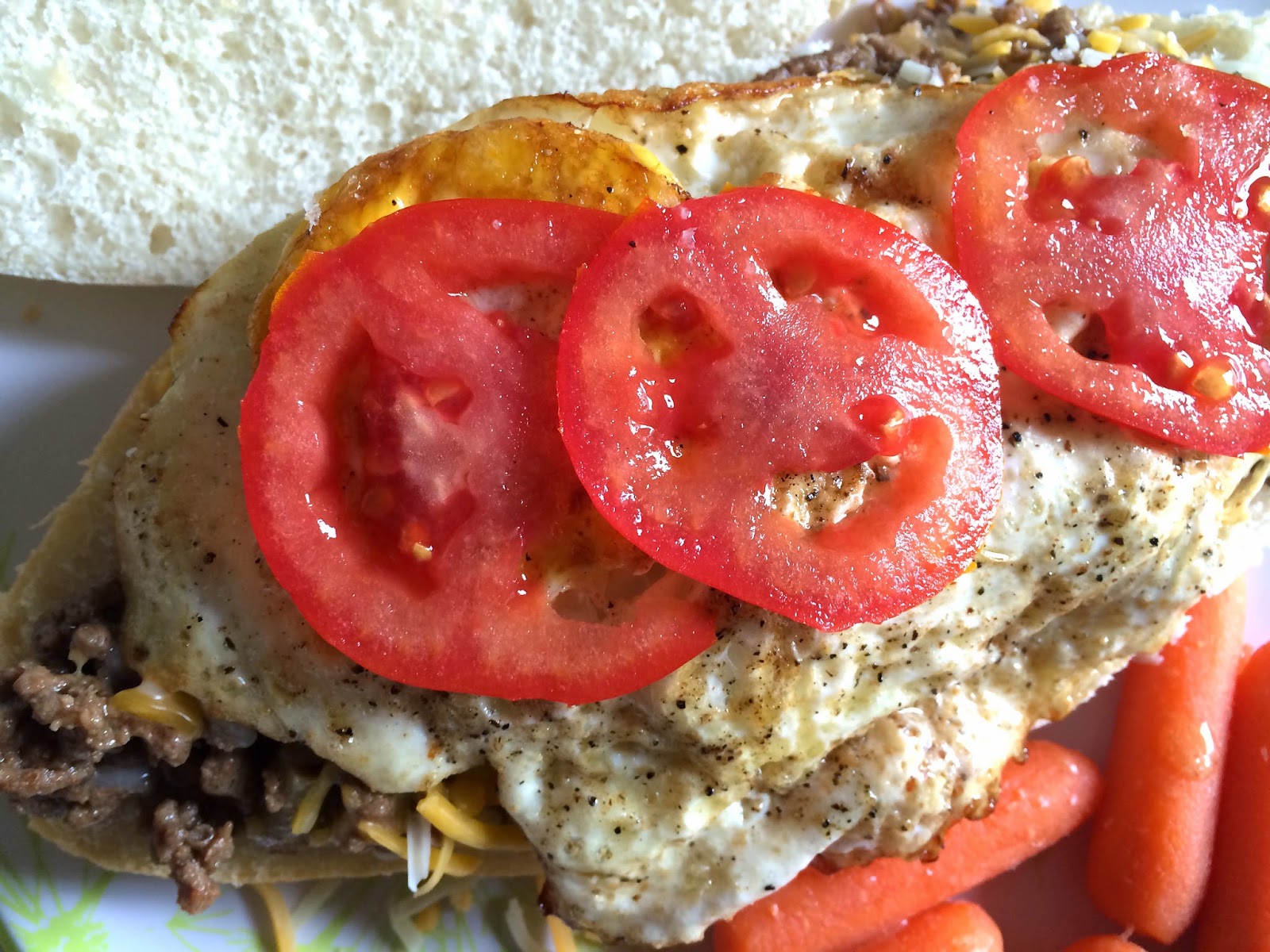 i tried to slip in some tomatoes on a sandwich i made for g.  i knew better.  i do not like raw tomatoes, so of course my son would not.  the rest of it was awesome.  leftover taco meat with a layer of cheese and fried egg.  and on a side note, banana peppers fry up so well in taco meat.  they are much milder than even bell peppers, but add a bit of textures and veggie goodness. 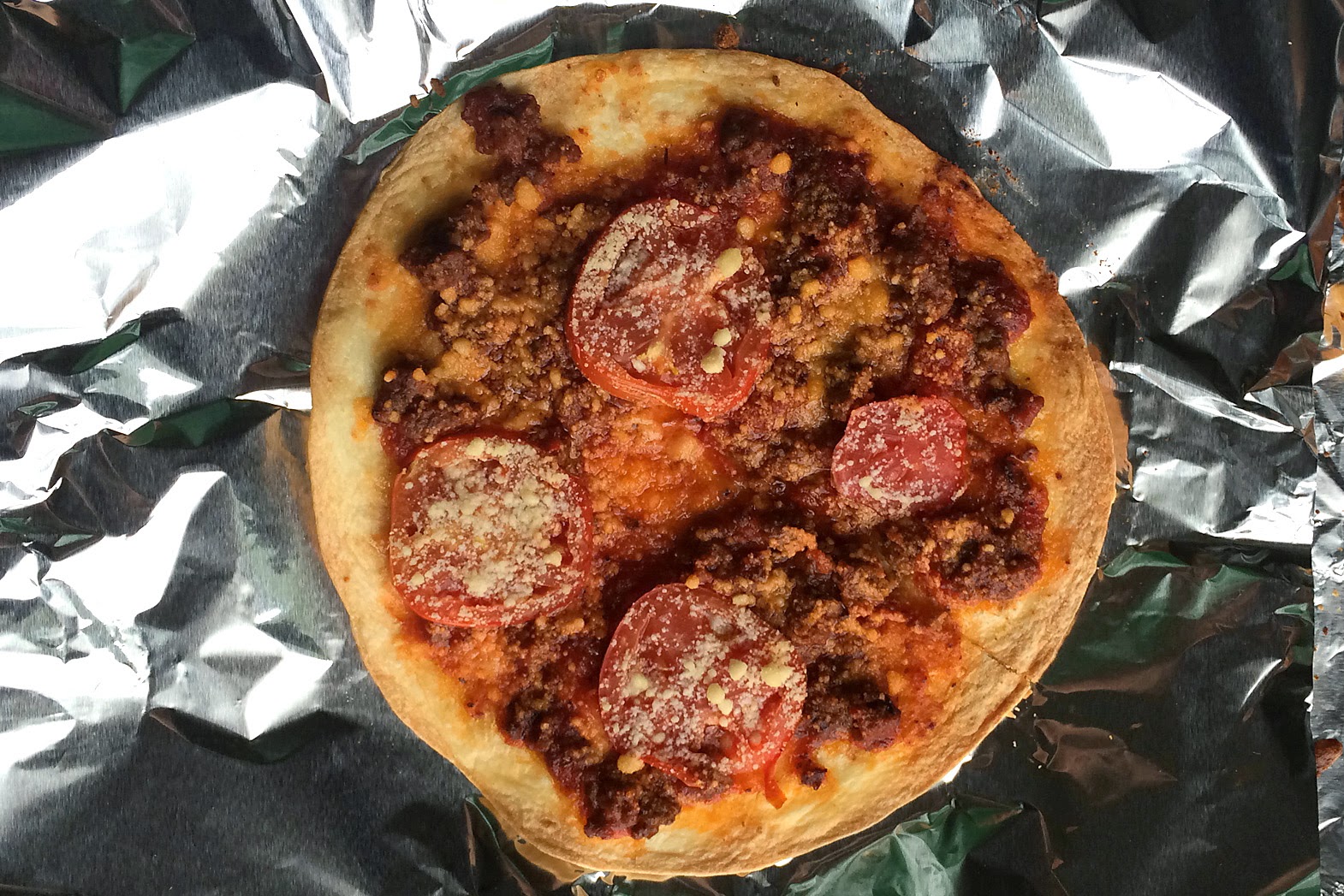 even slightly cooking tomatoes makes them completely tolerable.  here they are on tortilla crust pizza.  g will even eat them this way.  i took the idea for tortilla pizza from the bbb living blog.  two thumbs up from me and g.  three actually as his little friend liked it too. 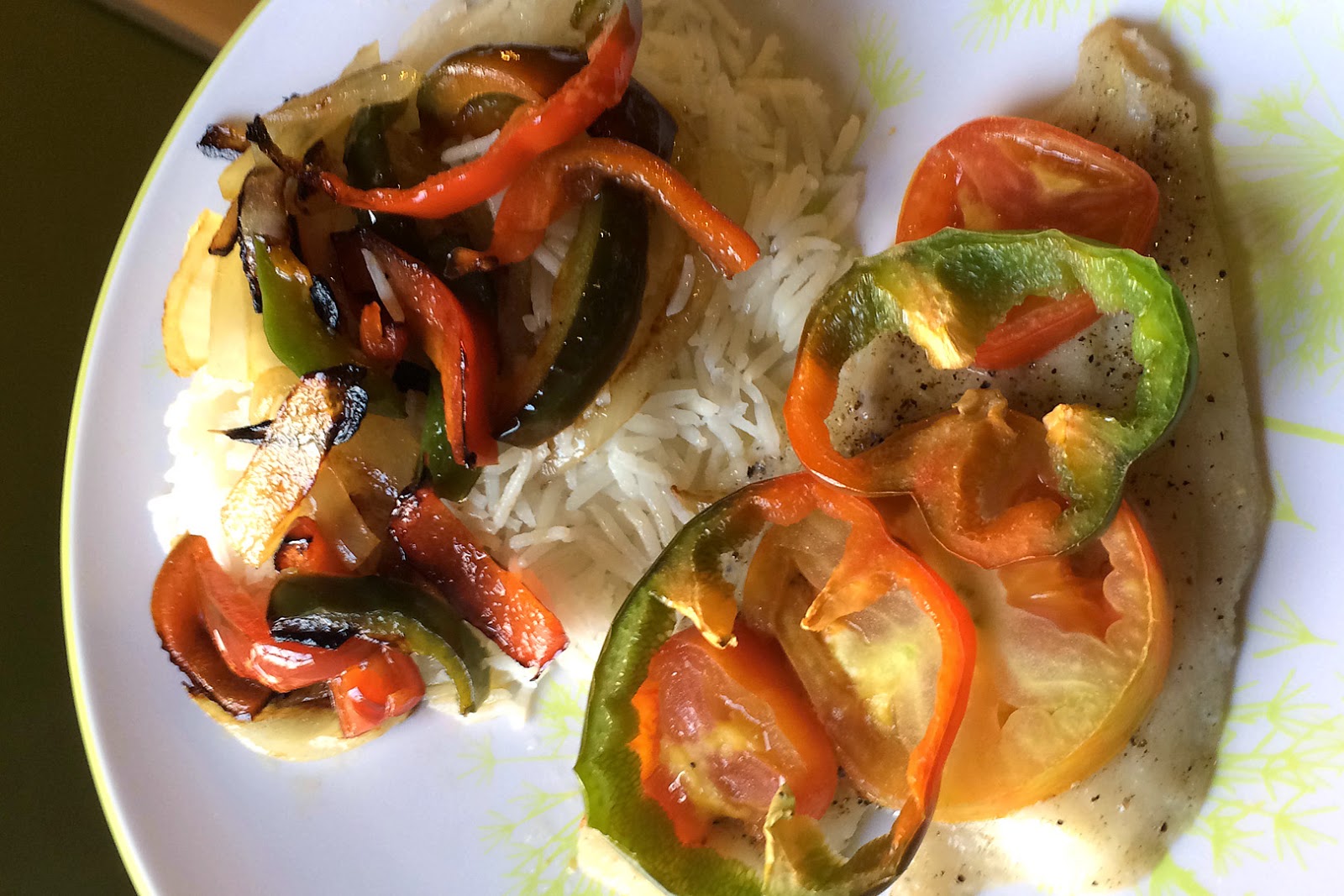 tomatoes and bell peppers making another appearance, this time as fish fillet garnishes.  plus a little stir fry on the side. 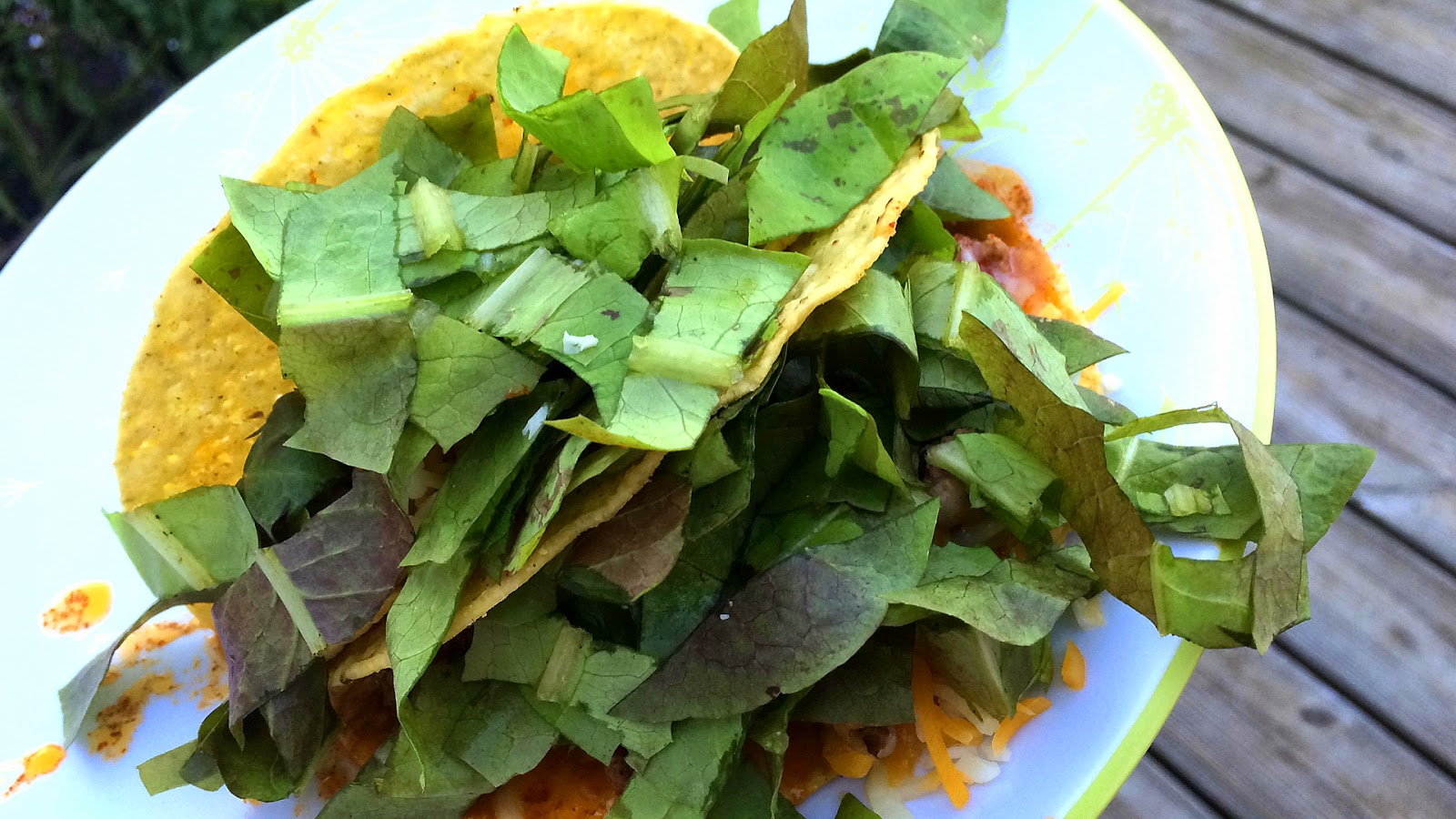 tacos with lettuce from the garden.  how fun to just step out the door to pick just enough for dinner. 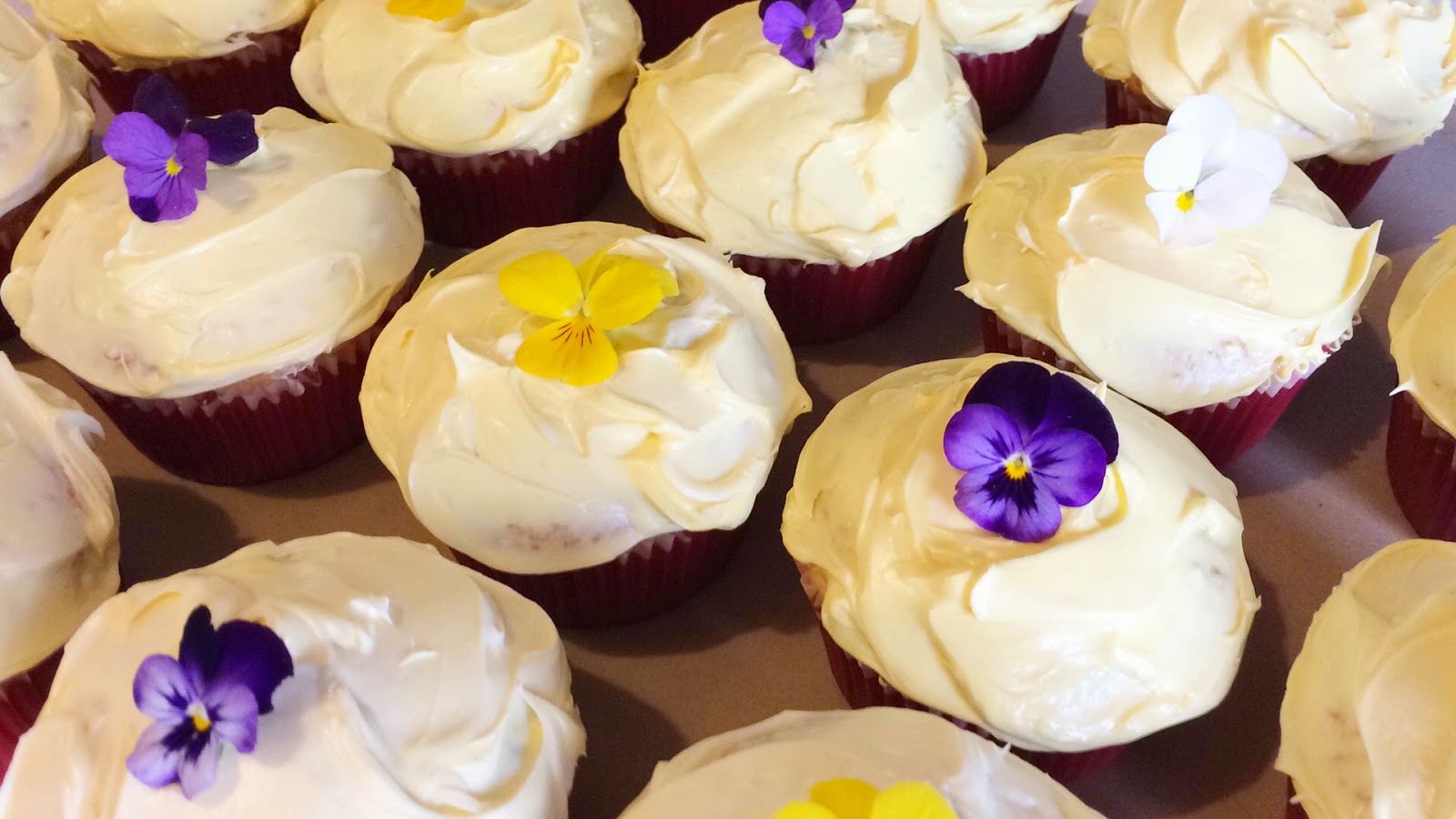 and a few sweet johnny jump ups to garnish my niece's birthday cupcakes.  i love my garden.

now that school has started back, i'm needing to get back into a menu planning routine.  i took the first step in that direction this evening by going to the grown up grocery for the first time in a month.  we spent $175 and that was after taking off the $60 for my excellent couponing and sales watching discounts.  painful.  i'm not quite ready to make a real plan yet, but at least we have solid options.  next week i'll play martha.  until then, many happy dinners to you and yours.
Posted by doris sander at 8:50 PM