g's bookshelf: a series of unfortunate events - the reptile room 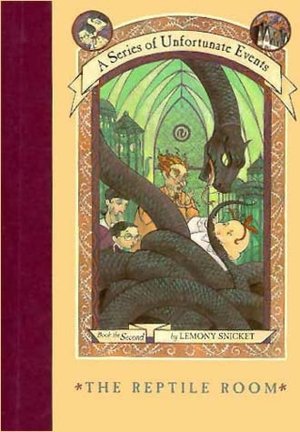 we've already reported on book the first, and this one is more of the same.  top notch literature that is depressingly entertaining.  i've decided to call these books murder mysteries for children.  ha.

here's what g had to say:

the thing that was really funny was that there was an horseradish factory and the smell was killing them.  there is a big snake called the incredibly deadly snake and the snake bites the baby's chin then the baby closes her eyes and then she opens her eyes and bites the snake's nose.  when they were walking out of the room the snake was slithering right beside the baby.  the baby and the snake were friends and the snake wasn't really deadly.  i liked this book.  it was even better than the first one.
Posted by doris sander at 4:45 PM