get it scrapped: house motifs 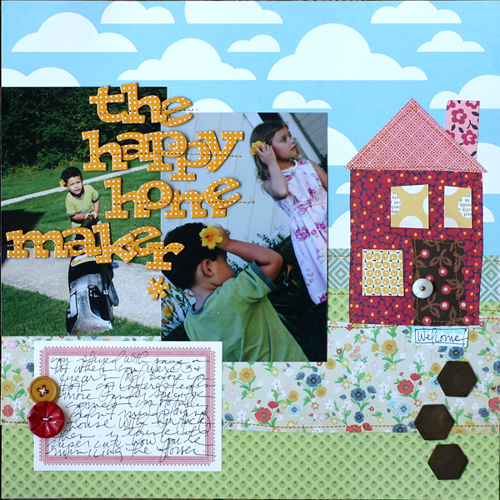 this is one i made specifically for the get it scrapped! article, "what's your motif? ideas for using houses on a scrapbook page."  as you can see, it was an absolute delight to create.  the mixing of prints here was SO MUCH FUN.  i'm a firm believer that no scrapper can have too many pieces of patterned paper whether they be full sheets or small bits that are just too pretty to pass on.

i mention this is the article, but i think this was the third time i tried to scrapbook this set of photos.  i simply adore them, but i just couldn't make them work for me on the first two attempts.  i think maybe it was the darkness as i'd printed them prior to learning any real photoshop skills (g sure was a cute little guy back then, wasn't he?).  i think two factors finally made them work this time, the little folk art house and the title directly on the photos.  i talk about the house in the article, so i wanted to mention the title here.  before, it just seemed that the photos were a dark spot on the page.  this time by overlaying that bright cheeful yellow print title across the two photos, they were livened up and in tune with the rest of the page.  it's a trick i must remember the next time i dig into my oldies but goodies of the gman!

if you're interested in a supply list, it's also included in the article mentioned up, but beware! i dug deep into my stash for this one, so there are some oldies but goodies in the scrapbook product department on it as well.  :)
Posted by doris sander at 6:20 PM 0 comments

Our Holiday Open House "Opens" at 10:00 am CST this morning! 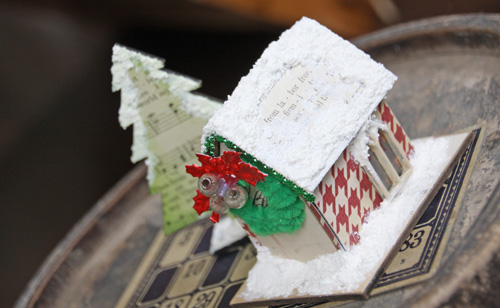 You'll find an extravaganza of merry treats sure to get you in the Christmas Spirit, like a selection of four kits designed by Jenni Bowlin . . . 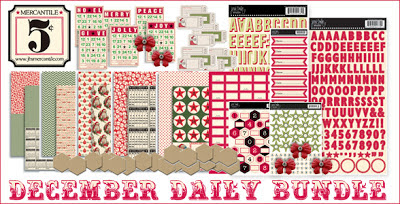 A bundle of hand-selected and specially priced Christmas themed and colored products that are just perfect for this year's December Daily . . . 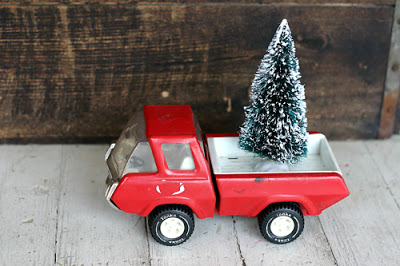 And some delightful vintage items in our Flea Market, so "truck" on over!
Posted by doris sander at 6:41 AM 0 comments 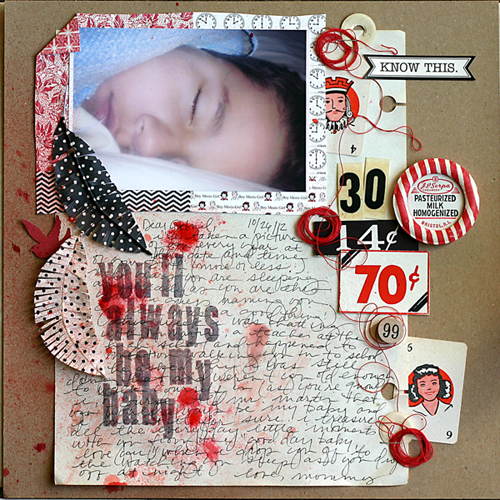 the november jbs mercantile papercrafting kit features the latest jbs release, red/black extension v.  the design team was just chatting this week about how awesomely easy this line is to work with.  personally, the red leaf print and boy meets girl print are my both my favorites.  i had to get extra sheets since they're the a and b sides of the same sheet of paper!  doh!  oh this page i used a piece of the mini papers sheet which made a nice patchwork effect behind my photo.  it reminds me of all the quilts my grandma made for us growing up and that g still uses today.
﻿ 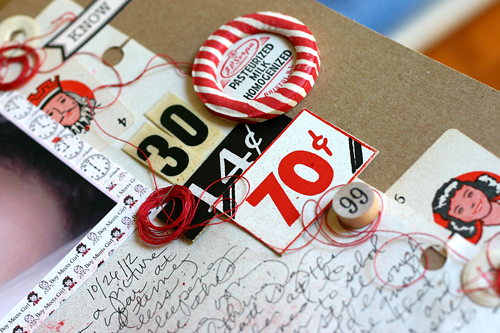 i am in love with the trail of vintage ephemera down the right side of the page.  i thought all the numbers played into the theme of you'll always be my baby.  i pulled the thread swirls from one of the vintage bobbins.  i like how they give the trail a feeling of connectedness. 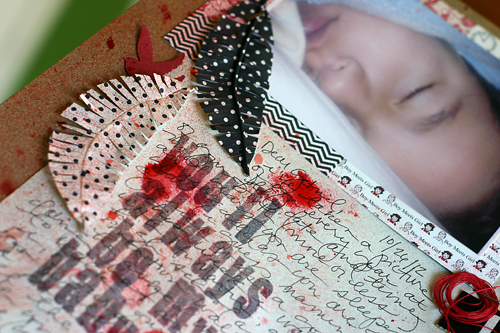 this page is also part of an article on "journaling in the form of a letter" at get it scrapped! this month.  you can read more of my thoughts on the sentiments behind the page as well as a complete supply list there.
Posted by doris sander at 7:45 PM 0 comments

Email ThisBlogThis!Share to TwitterShare to FacebookShare to Pinterest
Labels: get it scrapped, jbs, scrappy shares

get it scrapped!: fall venues 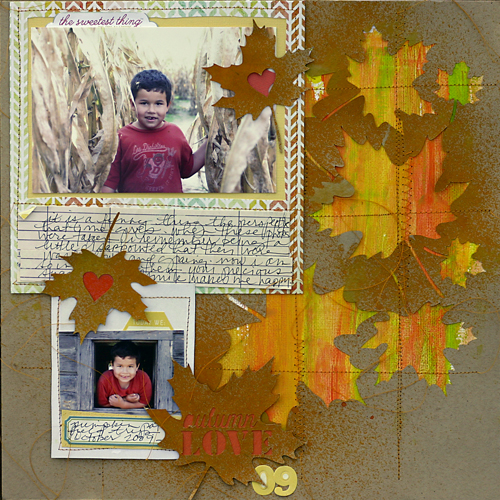 on to the scrappy shares, yes?  anyone want to take bets on how long it takes me to get the 18.5 layouts plus gratitude journal blogged?  seriously.  let's throw out some odds.  i kid.  i kid.

anyone recognize those leaves?  you saw them earlier in the fall garland post!  this is a set of digital cut files that i know i will use again next year.  i've used them three times already this year!  (you'll see them take center stage again in my gratitude journal). 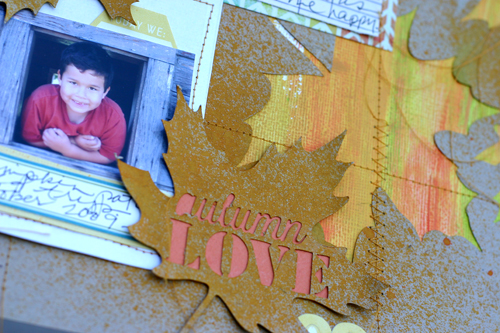 i cut the complete set on a sheet of kraft cardstock.  i then used the side of a credit card to streak a sheet of white cardstock with orange, yellow, and green paint.  the negative space from the leaves was misted with orange just a bit and then overlaid on the painted cardstock.  i also lightly misted a few of the cut leaves and scattered them across the layout. 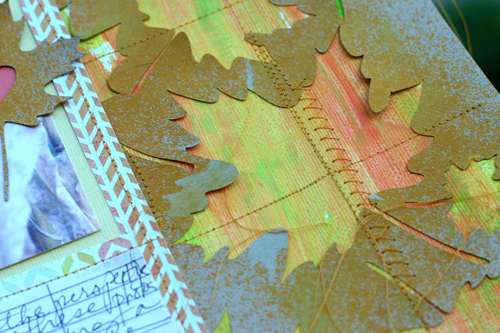 this one was originally made for the september jbs mercantile gallery.  it is also making an appearance at get it scrapped! in the "scrapbooking orchards, pumpkin patches, and other outdoor fall venues" article.  you'll find more of my thoughts on the page and a complete supply list there.

Email ThisBlogThis!Share to TwitterShare to FacebookShare to Pinterest
Labels: get it scrapped, jbs, scrappy shares

well.  i figure you all were tired of my ketchup posts by now, so i decided i'd do a mustard post this month (please pardon my faulty sense of humor).  at least we have the lovely shimelle around to remind me to blog at least once a month.  sigh. 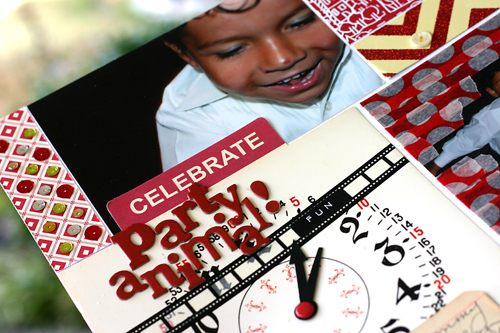 good news!  i got the jbs mercantile gallery updates loaded last night!  and i've added my two just now which brings the grand total of new fabulousness to 30!  that's worth a looksee for sure! 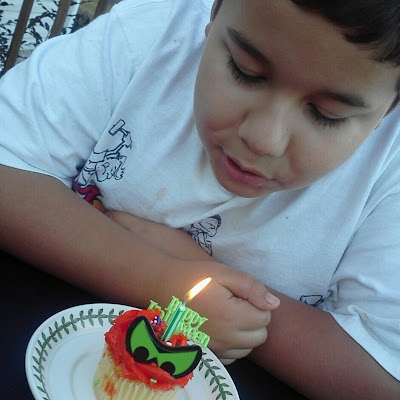 my sweet potato turned 9 in october!  his last year in single digits.  sniff sniff.  we're still planning his plants vs. zombies birthday party, so stay tuned for that. 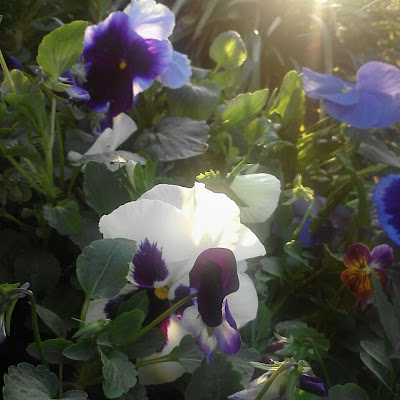 i got to plant pansies into my own soil!  i've gotten half of them planted at least.  i need to invest in a trowel before spring that's for sure.  this rocky soil and a kitchen spoon make digging a bit tough. 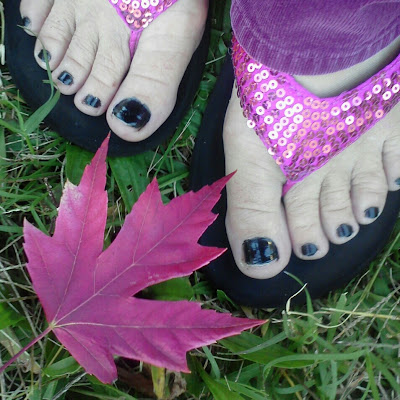 we've had the most gorgeous fall foilage.  stunning really.  my toes are not stunning.  really.  it was actually g's suggestion to paint them black for halloween.  i thought that was kinda funny as last summer when i bought this bottle of polish he wanted to know why in the world would i ever paint my toes black.  i dunno.  i kinda like the emo toes. 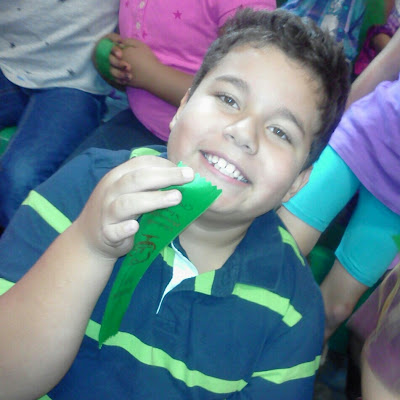 big boy third grader made the honor roll the first nine weeks.  yay!  we actually have high hopes for this year as the times tables are MUCH easier for him that i ever thought they'd be based on his previous track record in the math department. 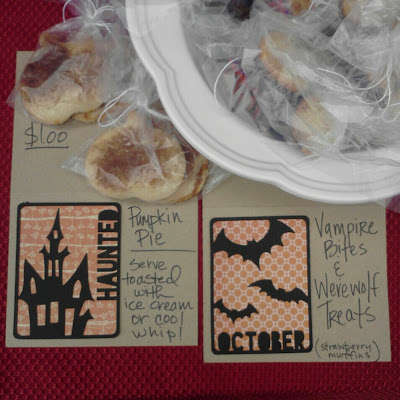 my pumpkin pie cookies were a huge hit at the cub scout bake sale.  yay!  the cute signs were decorated with some of lisa dickinson's new digital cuts.  fun times. 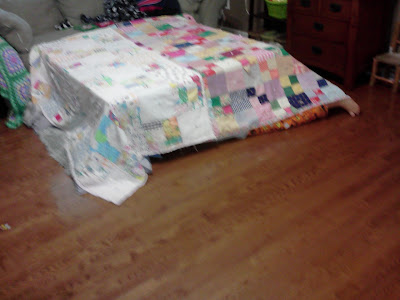 there has been lots of fort building and sleepovers of late.  you can see g's toesies bottom left and blakes socks top right.  hee. 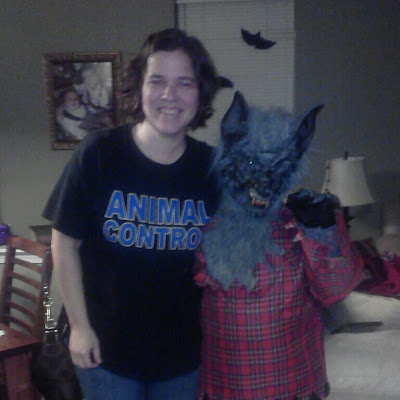 hilarious, right?  g decided a couple weeks before halloween that he wanted to be a werewold instead fo the pajama king that he'd been talking about all year.  he told me i had to wear my animal control t-shirt.  the really funny part here is that's actually my latest faculty t-shirt from the high school.  ha! 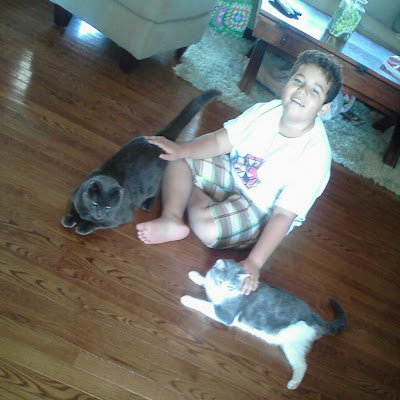 g has started calling himself the cat whisperer.  it is THE most bizarre thing to me.  chichi, the one on the right, has NEVER liked g.  did the lean when he's try to pet her and would run off he he didn't take the hint.  since we've moved into the new place she actually LIKES him.  will even crawl in his lap OF HER OWN FREE WILL.  strange.  very strange. 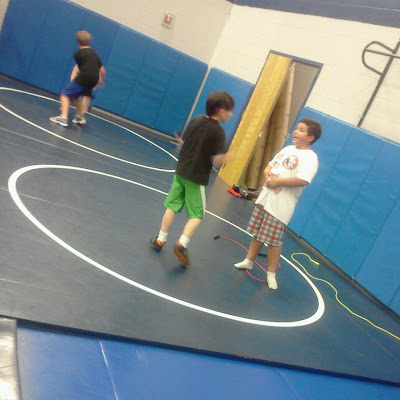 g went to his first wrestling practice wednesday.  i was a bit worried, but he LOVED it!  raised his hand to ask the coach when the next practice was.  yea!  maybe we've found a sport for him finally.

hope your week's off to a good start!  i counted.  i have 18 unposted layouts.  craziness, right?  i need to get busy!
Posted by doris sander at 9:06 PM 2 comments 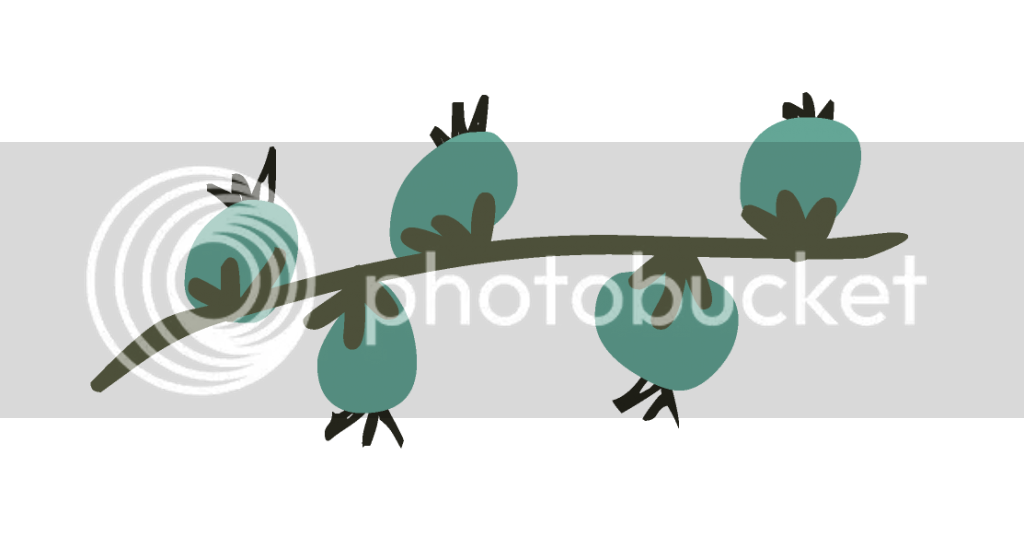 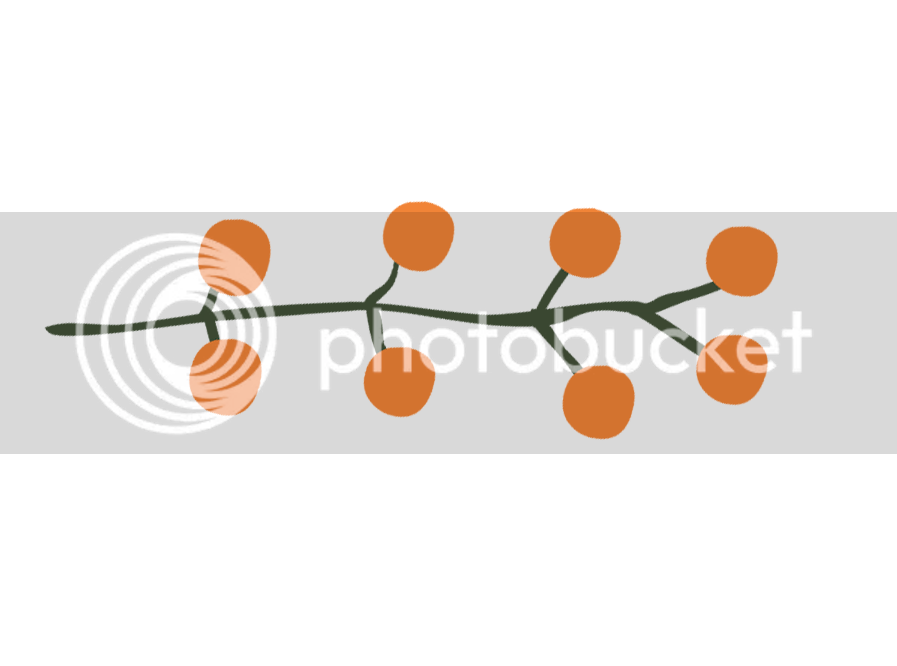