nature journal: a not so empty field 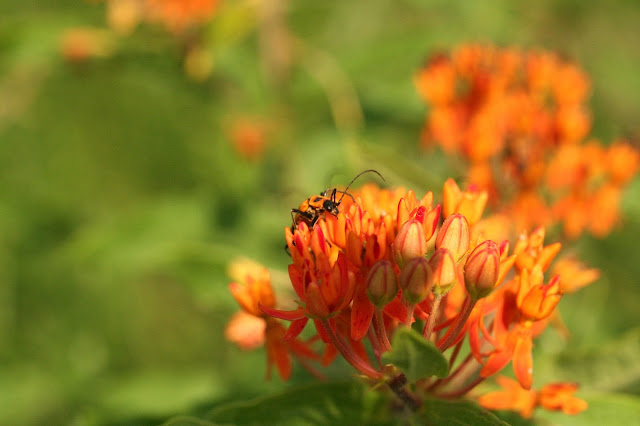 from the road, these open hay fields don't look like much.  i've realized, however, that if i go in for a closer look, i always find that they are packed with life and beauty. 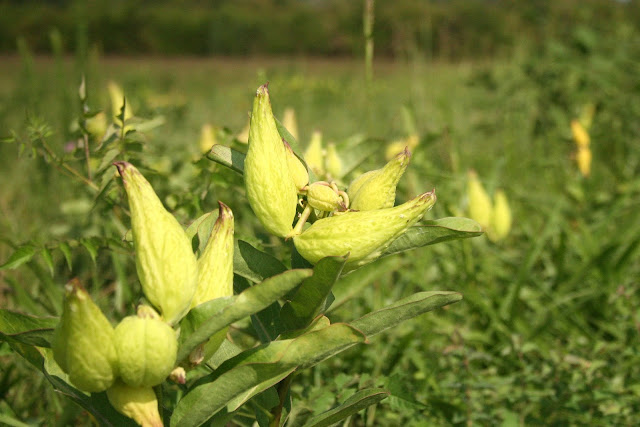 milkweed (like the flower above, only a pink variety) going to seed. 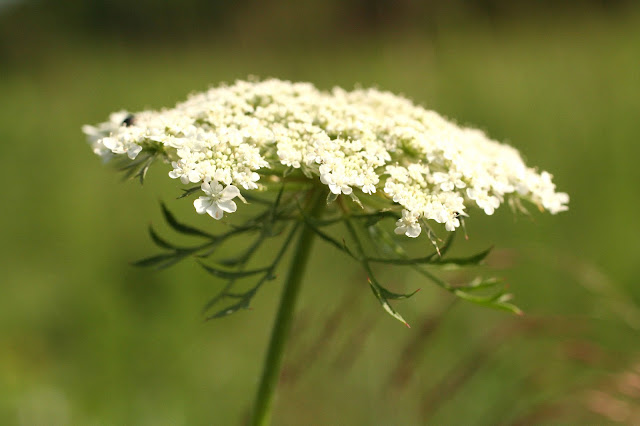 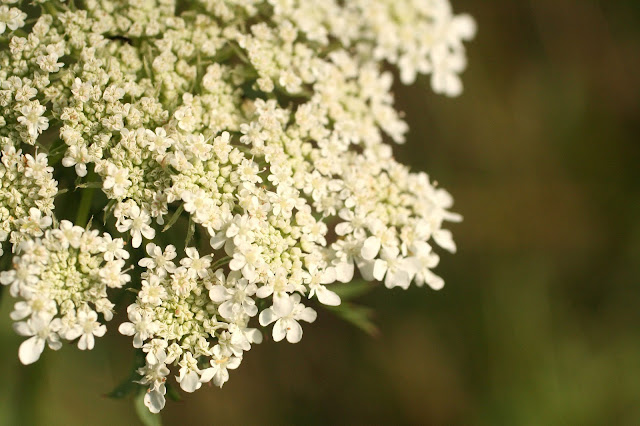 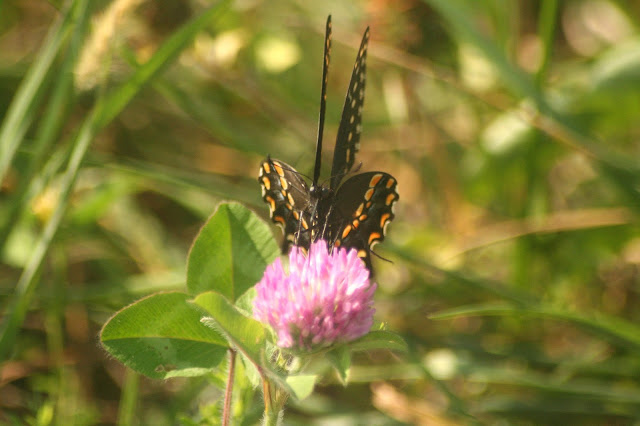 each butterfly species has it's own distinctive behavioral traits.  i've never seen one of the big ones sit like this.  kinda cool. 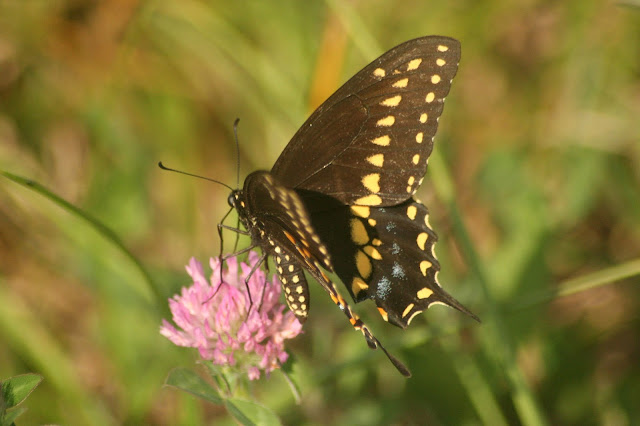 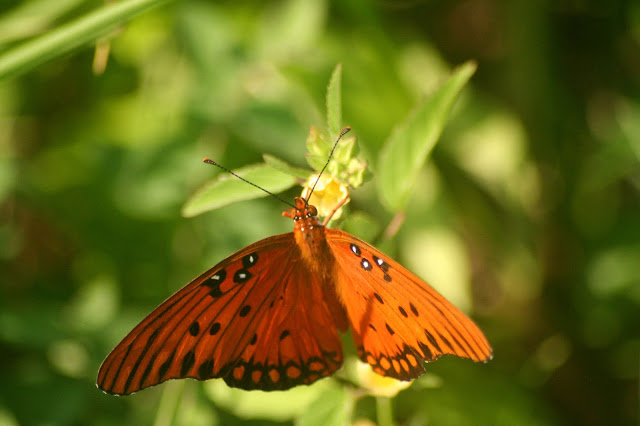 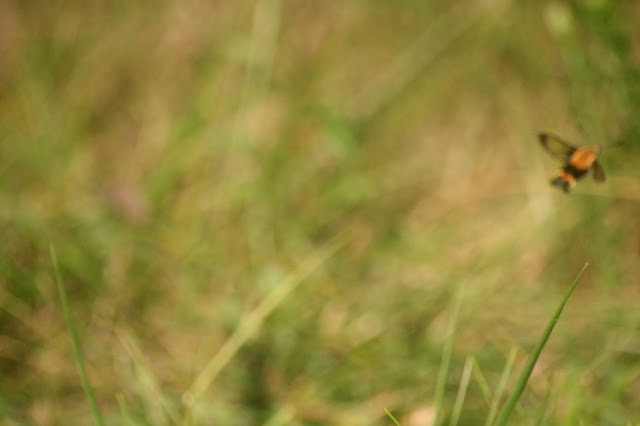 did you see it?!  this is actually pretty much how i spot little friend, out of the corner of my eye. 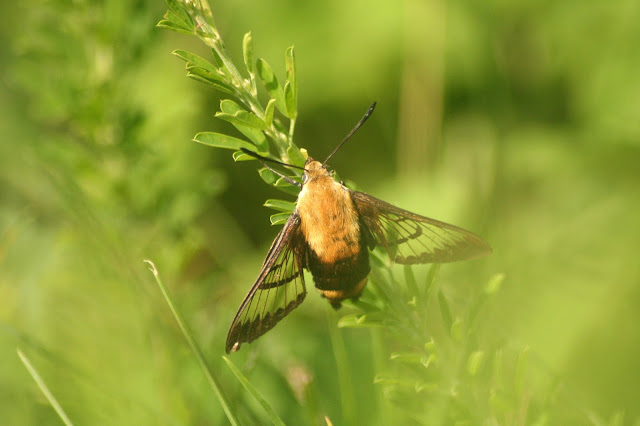 i thought this was interesting.  this one was taken with the zoom lens. 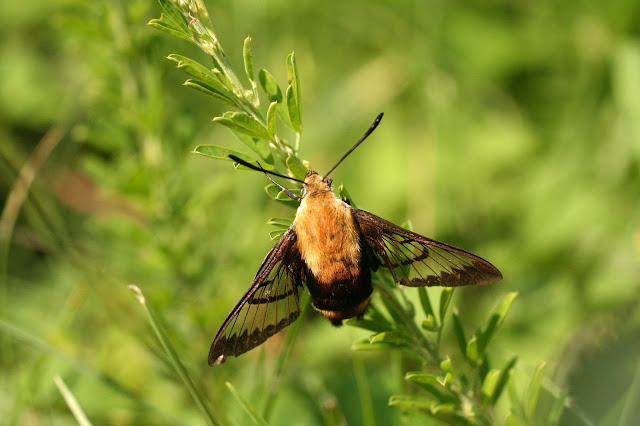 then it actually stayed still long enough for me to put on the macro lens and belly crawl up to it for another shot. 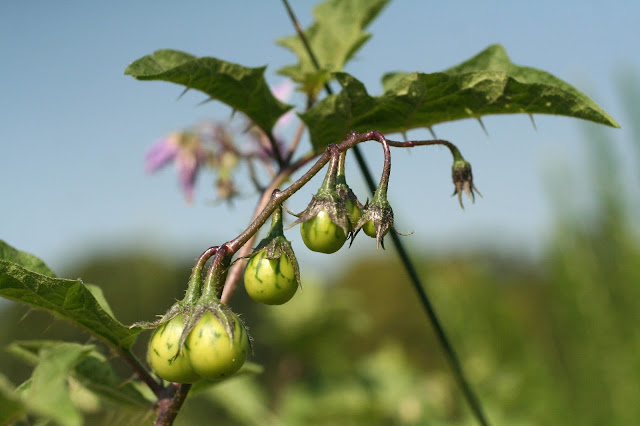 a member of the nightshade family, just like potatoes and tomatoes, only i don't think i would eat this wild version.  nope. 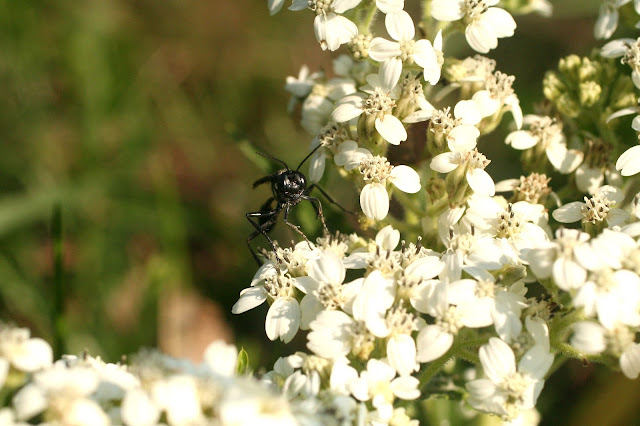 wasps kinda creep me out.  they remind me of the alien in the movie alien with sigourney weaver.  shudder. 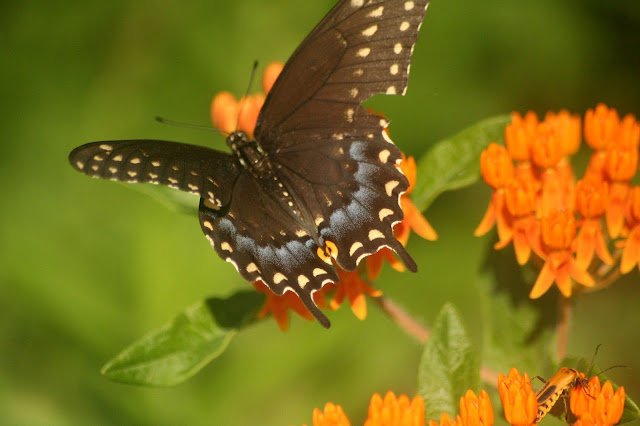 excited to get this angle.  i think the orange spots on the wings there indicate a different species from the black color morph of the tiger swallowtail. 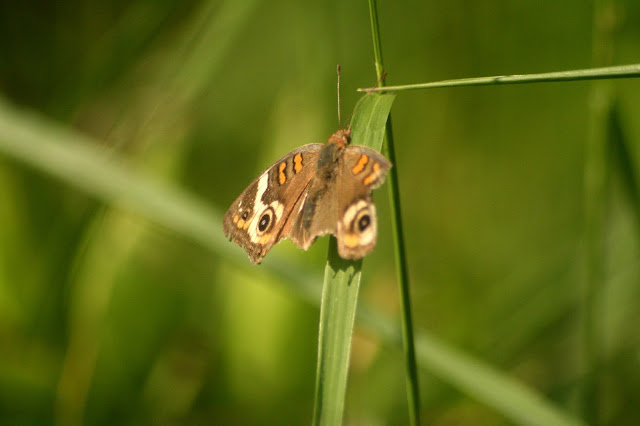 i think there is something poetic here about aging gracefully. 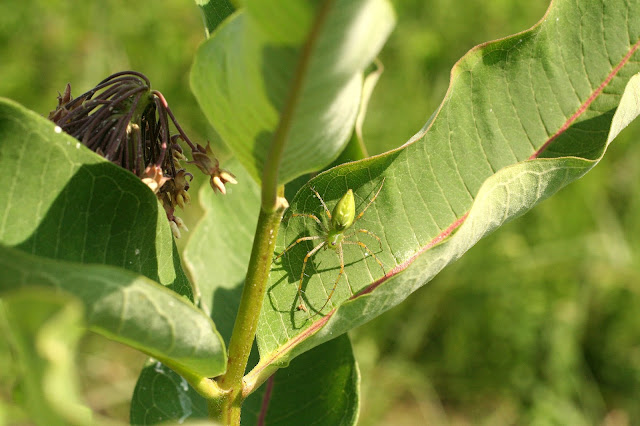 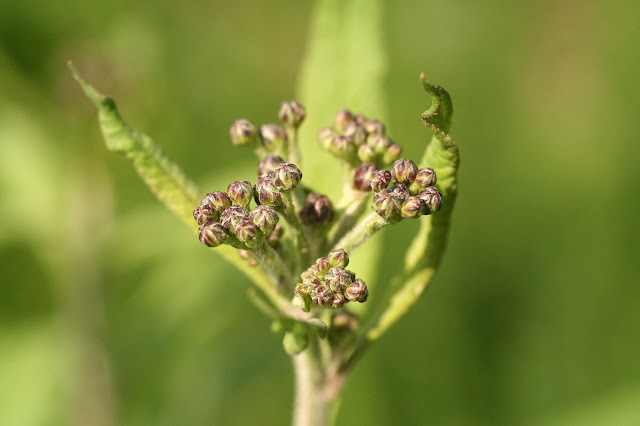 even though it's so late in the season, there are still new buds waiting to be discovered. 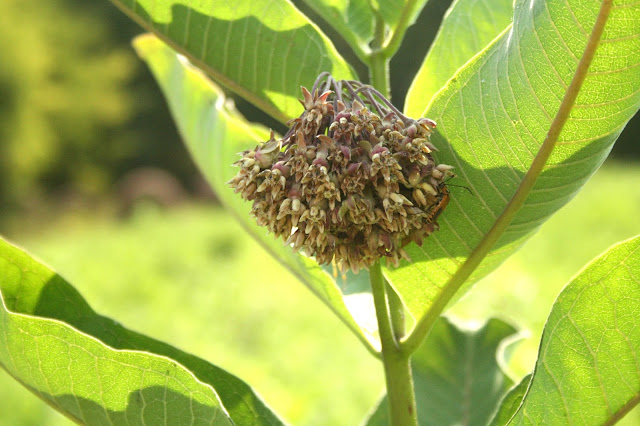 while others prepare to for fall. 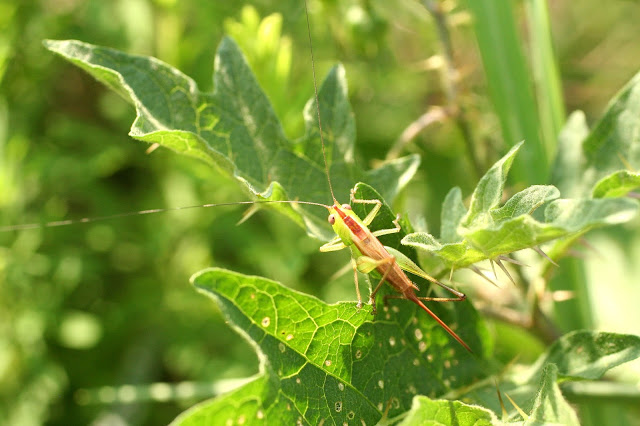 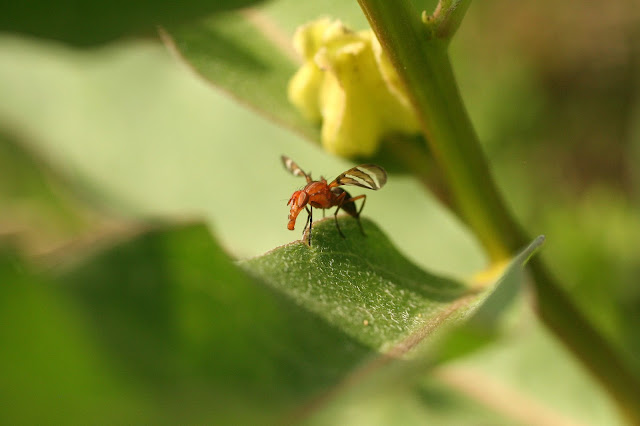 pretty much the coolest thing ever. 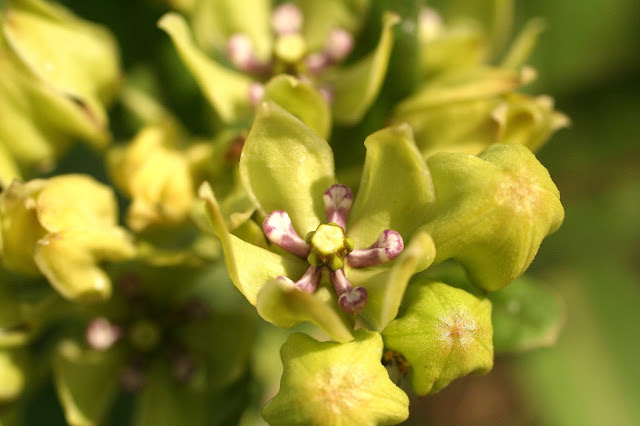 this is actually what drew me into this particular field.  you wouldn't think a green flower would be so noticeable, but this shade of chartreuse was a beacon. 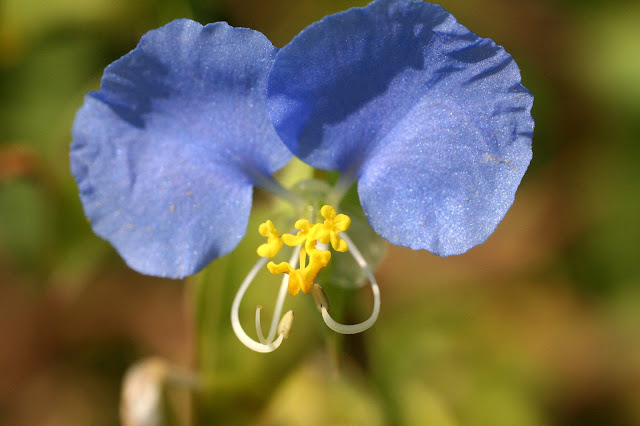 these blooms only ever have two petals.  i thought that was rather odd.  or even, depending on how you look at it, lol. 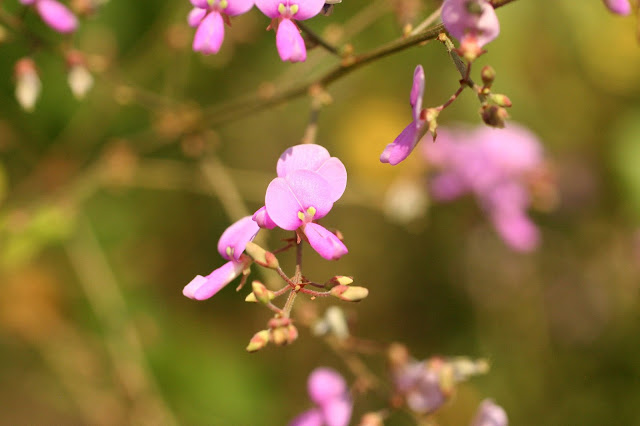 i'm missing summer already and it's not even officially over.  sigh.
Posted by doris sander at 9:03 PM