get it scrapped!: haiku 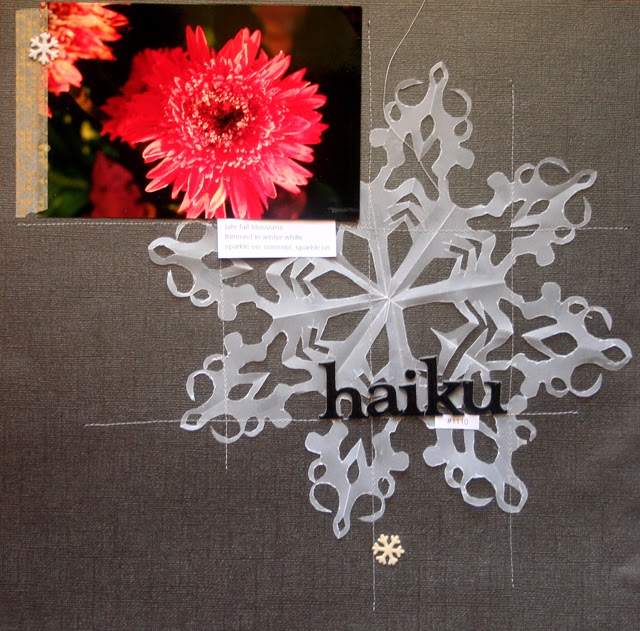 the latest blog post over at get it scrapped! is all about the haiku, and you know how much i love the haiku.  i decided to play along and create a layout about one of the haiku i've written this fall.  the design is a little starker than i would normally create, but i think it works well with the whole idea of haiku.  my favorite part is the snowflake that i hand cut (the old-fashioned way!) from a piece of vellum.  it looks quite icy, doesn't it? 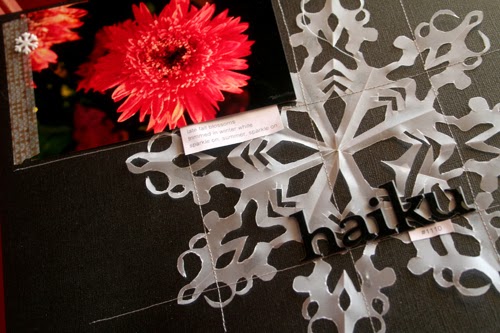 i seem to have a little blowout in my photos.  the haiku reads: