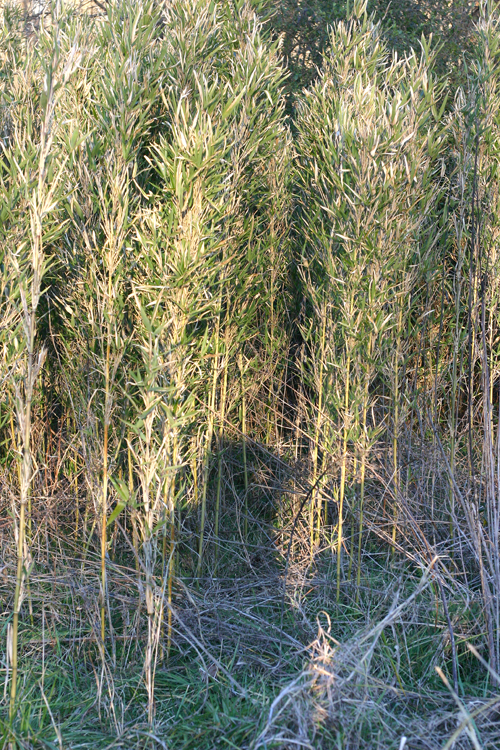 here we are walking the greenway.  do you see us there amidst the bamboo?  i'm sure it's quite obvious why little boys have an innate affinity for bamboo.  hello fishing poles.  you know g was introduced to the wonders of this delightful plant by his papa at a very early age.  now believe it or not, we have a very pressing question about this bamboo.  is it indigenous to tennessee?  we associate it so much with kung foo panda that i'm not sure if this is a native species or an import from asia.  time for a little google action . . . 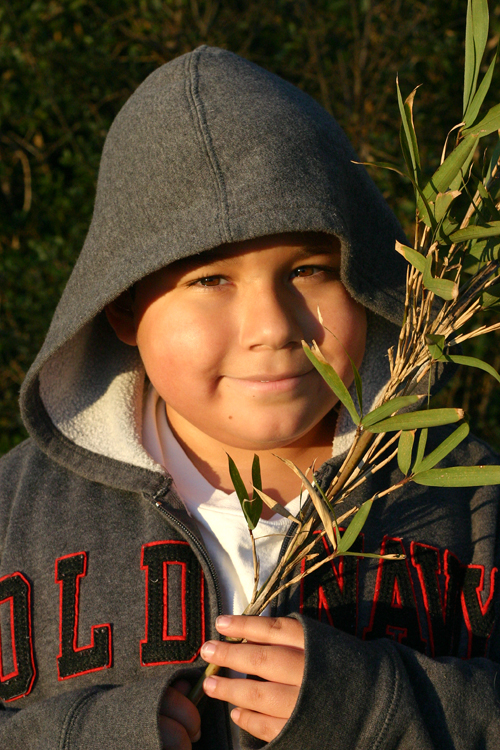 bamboo is indeed native to tennessee.  in fact, bamboo is a "true grass" and was once part of the extensive grasslands that covered much of north america.  bamboo is also a perennial evergreen and here i thought it was still sporting the green because of the mild winter we've been having this year (fingers crossed for a snowbird sighting tonight).

another interesting bamboo tidbit - it's one of the fastest growing plants on earth.  one species has been documented growing 39.4 inches in 24 hours.  woah.  the gman and i were actually aware of this fact thanks to our mythbusters viewing.  bamboo used as a torture device during world war II - plausible. 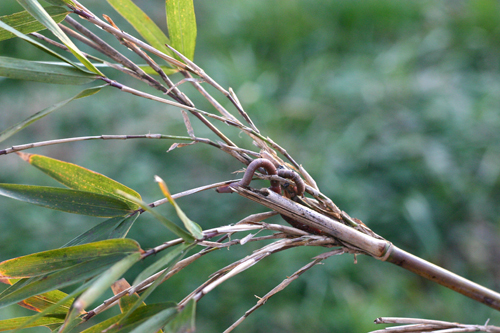 and now we come full circle.  boy and his bamboo.  he snatched this piece to accompany him on his three mile journey along the greenway.  it was the black pearl.  it was a ninjago sword.  and finally it was a magic treehouse for a rescued worm.  an active imagination is a very good thing.
Posted by doris sander at 7:54 PM