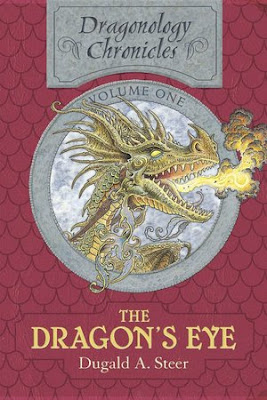 this one was right on target.  i'd say interesting to a mature 6 year old through 12ish.  good for boys and girls equally, assuming they like dragons.  cute kids, a variety of dragons, and a darwin reference.  we'll be reading volume two next.

i guess it's obvious that g really liked this one!  (and that i need to teach him some synonyms for exciting)!
Posted by doris sander at 8:08 PM