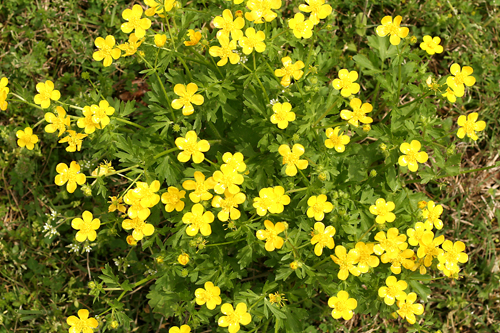 the common buttercup.  uncommonly beautiful.  we have a large bush growing.  right. in the middle. of our lawn.  since it's just me and g out in the country, we can do stuff like that.  it's our lawn, right? 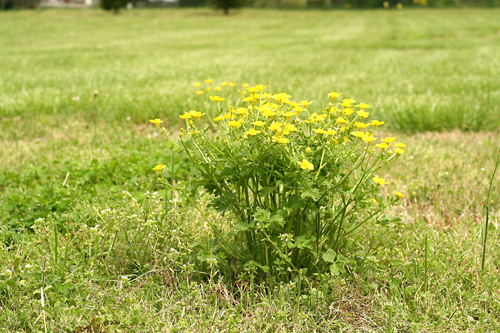 speaking of our lawn.  i've been mowing it.  sort of.  thank goodness edward has nine lives.  i mowed the front half no problem, but the back half used to be a real live field of dreams.  the previous owner has planted some real deal baseball diamond grass back there and that stuff is thick.  so thick it killed my edward.  never fear.  nice neighbor man said i'd probably just corroded my spark plugs and fixed him while i was at work.  then i killed edward again.  egads!  i need to take lawnmower 1o1!  i ran out of gas, i bought a gas tank and gas and filled the tank, and nothing.  nada.  zilch.  wha?  i googled the situation and figured i'd gotten sludge in my fuel lines when i let him run out of gas.  i, of course, know less about sludge in my fuel lines than i do about corroded spark plugs.  i finally got up the nerve to go begging at neighbor man's house again on saturday.  he told me that he'd been meaning to come over and tell me what was wrong with the mower, but i interrupted to tell him i'd killed edward again and my theory on the cause of this death.  he finally got a word in edgewise and this is what he said, "you were out of gas."  out of gas!  out of gas?  really?  but i checked!  i swear i checked!  really i did!  being the southern gentleman that he is, he said, "yea, those older mowers don't have clear tanks so you have to shine a flashlight in there to be sure."  yea.  i just bet he got out the flashlight.  he laughed is what he did.  death #2, he said, was probably just a need for extra priming, something i was afraid to do since i flooded the engine last time.  apparently if you run completely out of gas and let the engine go cold, you have to prime it six times instead of the three times written on the side of the mower next to the cute red button.  who knew?  i mean, who knows these things?  nice neighbor man!  so i was all proud yesterday to mow half the back without chocking edward once.  i was all ready to finish today, but someone has mowed the lawn while i was at work.  people in the country are so nice.  :) 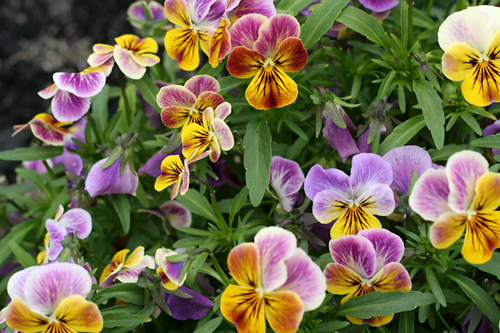 growing up in florida, we called boys "pansies" if they were lazy, squeamish, or afraid to get dirty.  pansies don't grow well in florida.  they can't handle the heat.  now i have a whole new respect for pansies after planting these last october and watching them bloom profusely all. winter. long.  wow.  they're still blooming now.  that's right.  seven straight months of cheerful blooming faces greeting me as i come and go.  i love them so.  i need a new word for "pansies."  pansies are tough.  they got the stuff.  they are awesome. 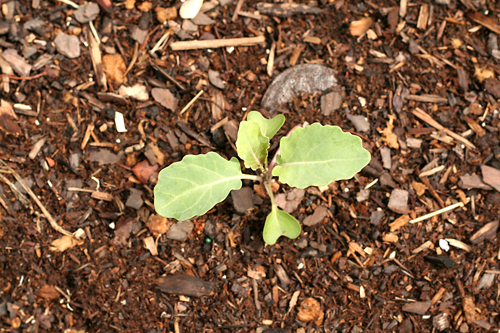 still wondering what this guy is.  looking any more like a watermelon?  are sweet cucumbers all got eaten (bunnies? squirrels? birds?) and the frost got the honeydew.  all that made it was the carrots and this mystery seedling.  g has already replanted with radish and lettuce.  i guess i'm going to have to build a cage if i want to grow watermelon.  i seem to recall having the same problem last year.
Posted by doris sander at 7:48 PM

Email ThisBlogThis!Share to TwitterShare to FacebookShare to Pinterest
Labels: randoms